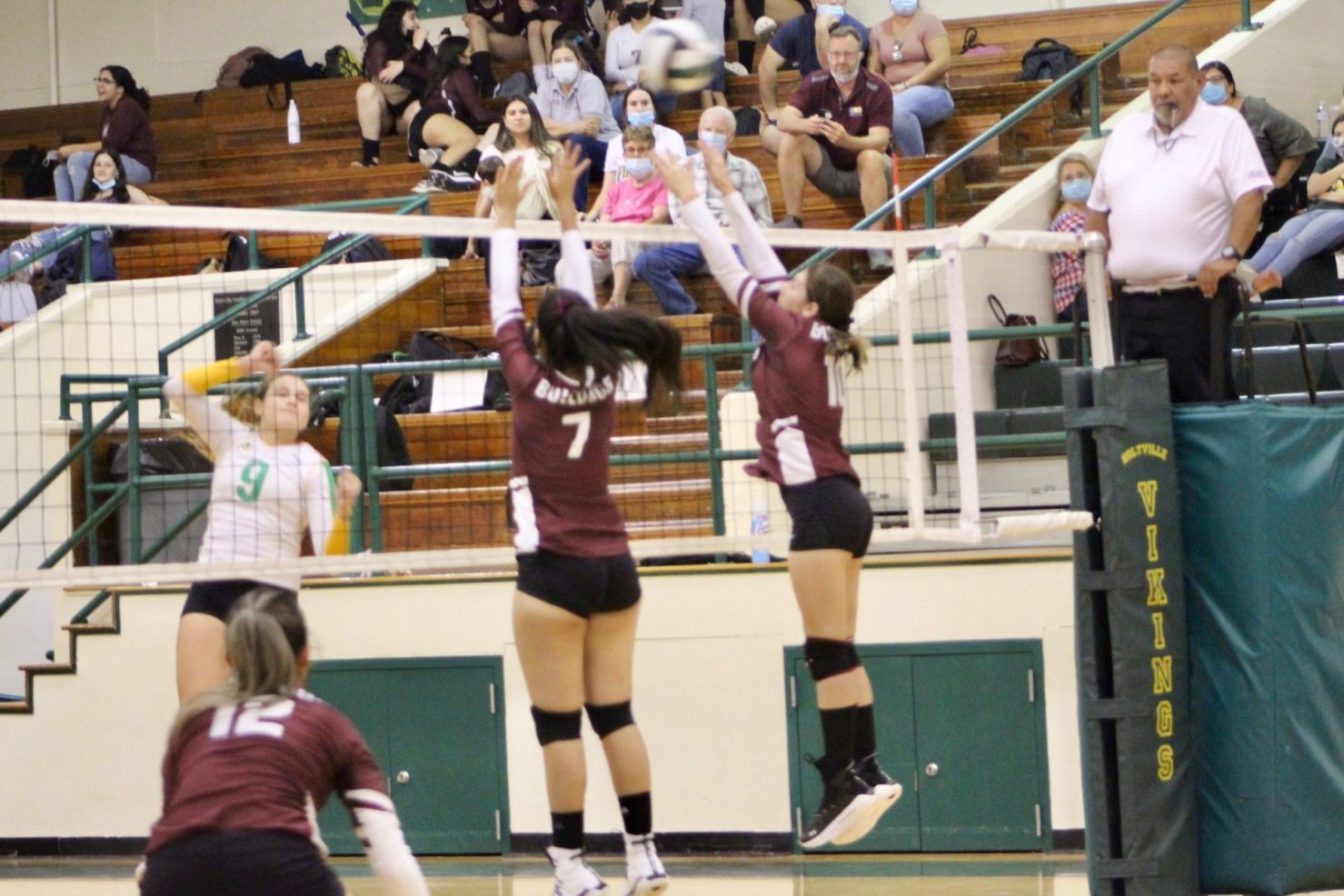 HOLTVILLE — The Holtville High School volleyball team was able to overcome sluggish starts in all three sets and rallied each time to sweep Calexico in a nonleague matchup here on Wednesday, Sept. 1.

Trailing 11-4 in the second set, Holtville rallied to outscore the Bulldogs 21-5 the rest of the set to take the commanding 2-0 lead in the match. The third set saw Calexico jump out to a 4-0 lead before the Vikings came back to score the 25-21 win and sweep the Bulldogs.

“We got off to good starts but we’d make a few mistakes and then couldn’t recover mentally and get back into the games,” said Humberto Sierra, Calexico’s head coach. “Give credit to Holtville, that’s a very good team, but we hurt ourselves with our mistakes tonight.”

Just the third game of the season for the Vikings, they are still trying to figure out rotations and positions after having two weeks of their preseason taken away due to a COVID-stoppage.

“We were trying some new positions tonight and started slowly,” said Mariana Garewal, Holtville’s assistant coach who is filling in for head coach Chelsey Strahm while she is on maternity leave.

The Vikings got strong hitting from sophomore Jasmine Garewal and junior Skylar Hanson in the second game as Holtville found its groove. Garewal led Holtville with nine kills, followed by junior Hope Jesse with eight kills and Hanson with six.

“We are a pretty deep team and got some strong hits from a lot of girls tonight,” Garewal said. “That’s a huge help for us so we don’t have to rely on the same few hitters 100 percent of the time.”

Both the Vikings and Bulldogs return to the court at the Sweetwater Invitational in San Diego on Friday, Sept. 3 and Saturday, Sept. 4. The event is a 48-team tournament featuring teams from throughout the San Diego Section. Games on Friday will be pool play to determine seeding and brackets for Saturday’s action.

The Bulldogs went 5-1 at the tournament with the only loss coming in the championship game to Brawley. Calexico swept Calipatria, Imperial, Southwest and Holtville 2-0, and beat Central Union High 2-1.

Next
That Student in Your Community College Class? They Could Be a Bot.