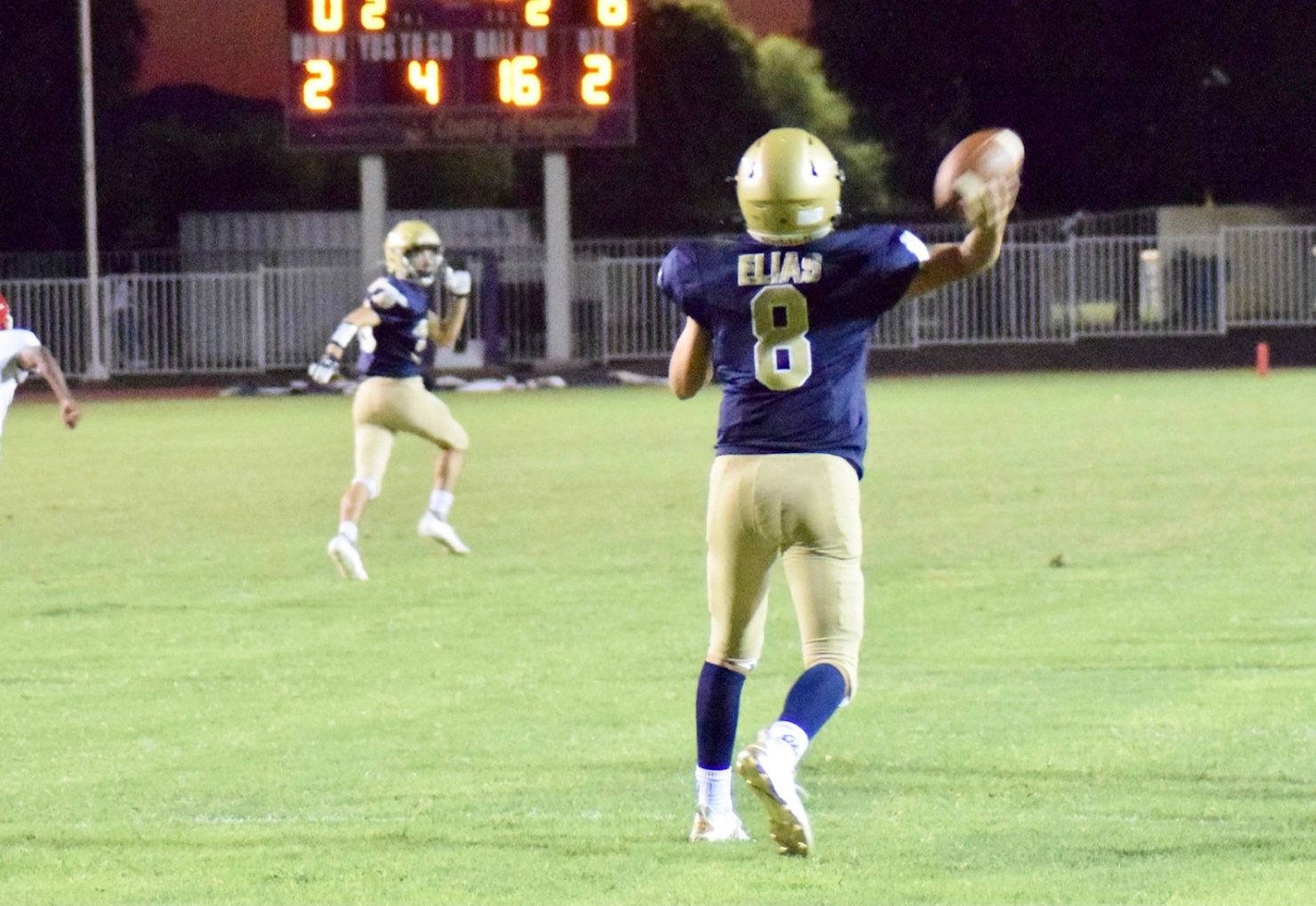 Playing at Southwest High School, the Scots once again battled to the final seconds for the win, a similar game to their loss against Southwest a week prior.

“It felt good,” said Elias about recording their first win of the season. “We’ve lost two already and we needed to return strong.”

The win improves the Scots to 1-2 in the nonleague season, a change of pace from what the Scots are accustomed to.

“We have never started 0-2 in the seven years I have been here,” said David Wong, the Scots’ head coach. “This year is a little different and we’re challenging the guys.”

It’s different because the Scots have only five returning seniors and 12 juniors who have limited experience.

“We can move the ball, but at the end, we are not capitalizing, scoring like we usually or normally do,” Wong said.

In Friday’s game, the Scots had the more explosive offense of the two teams. However, it was penalties that continued to plague the young Scots.

El Cajon Valley opened the scoring on its first possession of the night going up 6-0 with 4:55 left in the opening quarter. The Braves chewed up the majority of the clock in the first quarter, using the ground game to move the ball.

The Scots answered in the second quarter with a scoring drive that included two big passes to senior wide receiver Diego Elorduy and junior wide receiver Armando Apodaca of 25 and 40 yards, respectively. Those set up a 2-yard touchdown pass from Elias to Apodaca. Elias added the extra point to give the Scots a 7-6 lead with 31 seconds left in the half.

“I was excited,” Apodaca said of catching the touchdown pass on the goal line. “I knew the game started that moment and we just kept battling.”

The Braves retook the lead with 1:45 left in the third quarter. After a missed two-point conversion, the Braves lead 12-7.

The Scots quickly answered on their next possession, scoring on a two-yard run by Elias up the middle. The drive included a 25-yard pass from Elias to junior wide receiver Luis Vellatti. Elias again booted the extra point to give Vincent Memorial a 14-12 lead with 11:55 left in the game.

The Scots had a chance to put the game away after a 30-yard pass from Elias to junior wide receiver Andre Rodriguez had Vincent Memorial at the Braves’ 5-yard line. However, penalties moved the Scots 30 yards back and forced them to eventually punt.

The Scots had an opportunity to run out the clock late in the game when they took over at their own 28-yard-line with 2:05 left to play. Vincent Memorial was unable to get a first down and gave the ball back to the Braves with 42 seconds left in the game.

El Cajon wasn’t able to do anything with the final few plays and the Scots held on for the win.

For the Scots, Elias completed 15 passes for 190 yards and rushed nine times for 71 yards. Elorduy had seven catches for 57 yards and Apodaca had three receptions for 59 yards.

Vincent Memorial will hit the road on Friday, Sept. 10, taking on Castle Park High School at 6:30 p.m. in Chula Vista.