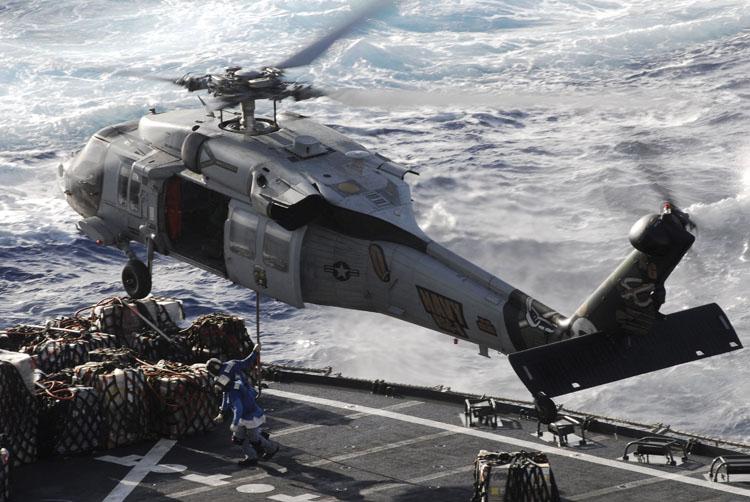 A Navy MH-60S Seahawk similar to the aircraft that crashed. Navy photo
Home
California
In California

The Navy on Saturday, Sept. 4, declared the five crew members missing from the helicopter crash on Tuesday, Aug. 31, deceased and ended the search off San Diego.

The MH-60S Seahawk assigned to Helicopter Sea Combat Squadron 8 at North Island was conducting routine flight operations when it crashed off the deck of the USS Abraham Lincoln 60 nautical miles from San Diego.

One crew member was rescued, and five sailors on deck were injured in the accident.

The Navy said that out of respect for the families and in accordance with official policy, the identities of the deceased will be withheld until 24 hours after their next of kin have been notified.

Search and rescue efforts were underway for 72 hours and included 170 hours of flight time by five helicopters as wells as surface assistance by Navy and Coast Guard vessels.

An investigation into the incident is underway and the Navy will attempt to recover the remains of the crew.

(This story was written by Chris Jennewein and first appeared in the Times of San Diego, which is a member of the CalMatters Network.)

Previous
OPINION: Hispanics Among the Heroes in Kabul Show How Wrong the Nativists Are
Next
OBIT: Anna Cannon (8/12/54-8/22/21)