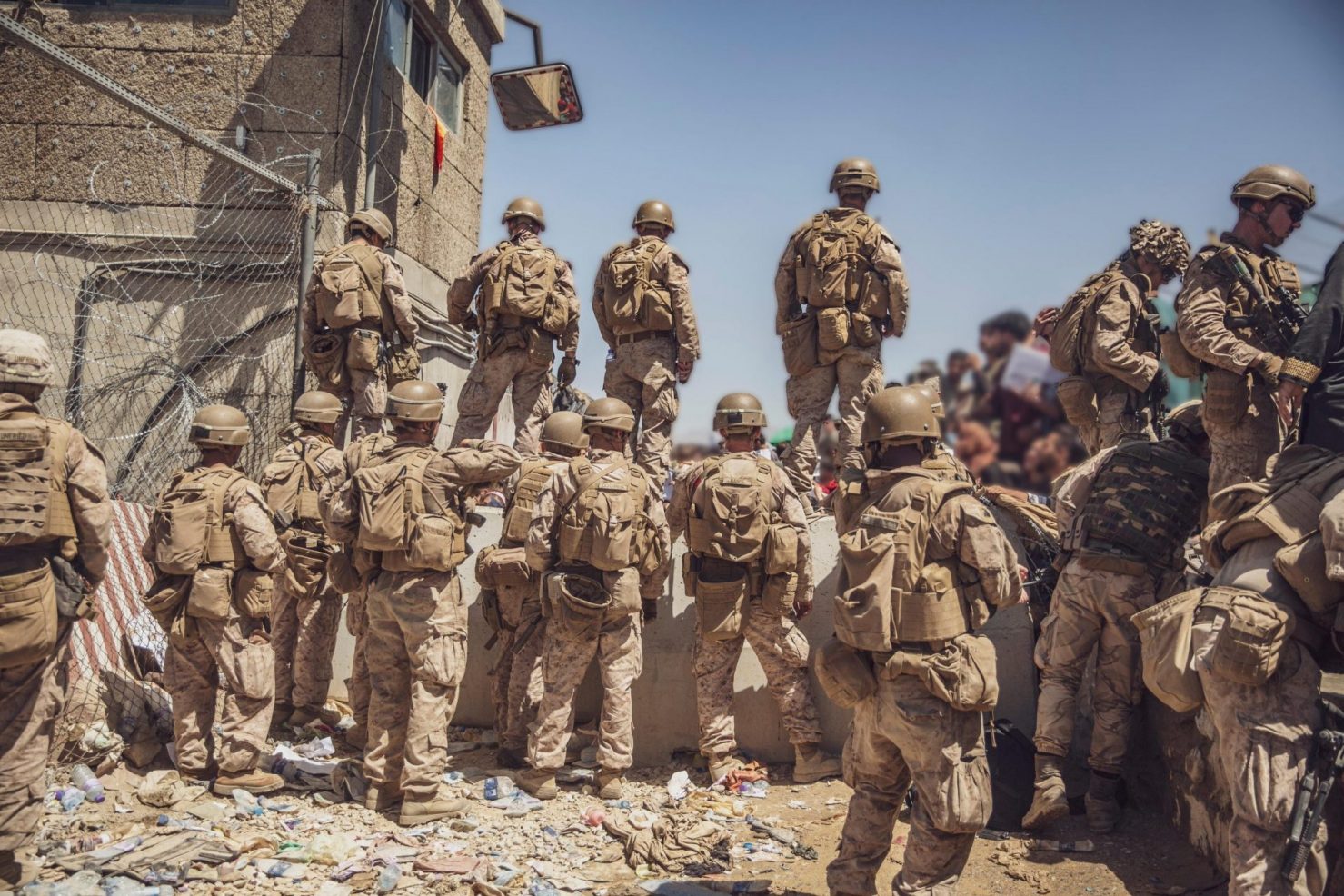 Marines assist the evacuation at the airport in Kabul. Defense Department photo
Home
California
In California

OPINION: Hispanics Among the Heroes in Kabul Show How Wrong the Nativists Are

The large American flag that greets people entering the United States at the San Ysidro border crossing was at half-mast again when I crossed from Mexico early this week.

Thirteen Americans were killed by a suicide bomber at the Abbey Gate at Kabul’s airport. These were the first Americans to die in Afghanistan for over a year.

One was an Army staff sergeant, another a Navy corpsman, and 11 were Marines, most of them from Camp Pendleton.

When the names were released, it struck me that our anti-Mexican former President Trump and his anti-immigrant adviser Stephen Miller must be shocked. Five of the dead were either immigrants or the progeny of immigrants from Mexico and Central America, as indicated in this list:

Granted that this is a small sample of those serving in the U.S. military, but America’s growing Hispanic population suggests our heroes will increasingly have Spanish surnames. They’re anything but the “criminals and rapists” that Trump warned of, or the “invaders” that Tucker Carlson cites on Fox News.

Note that Trump (remember the “bone spurs”), Miller and Carlson never served in the armed forces, although they are quick to criticize as “woke” or “losers” those who do if it’s politically convenient.

The Marines who gave their lives in Kabul were real Americans. Trump and his acolytes are not.

Semper Fi, compañeros. I’ll think of you every time I see an American flag — the flag that honors you and your sacrifice.

(This opinion piece first appeared in Times of San Diego, part of the CalMatters Network.)