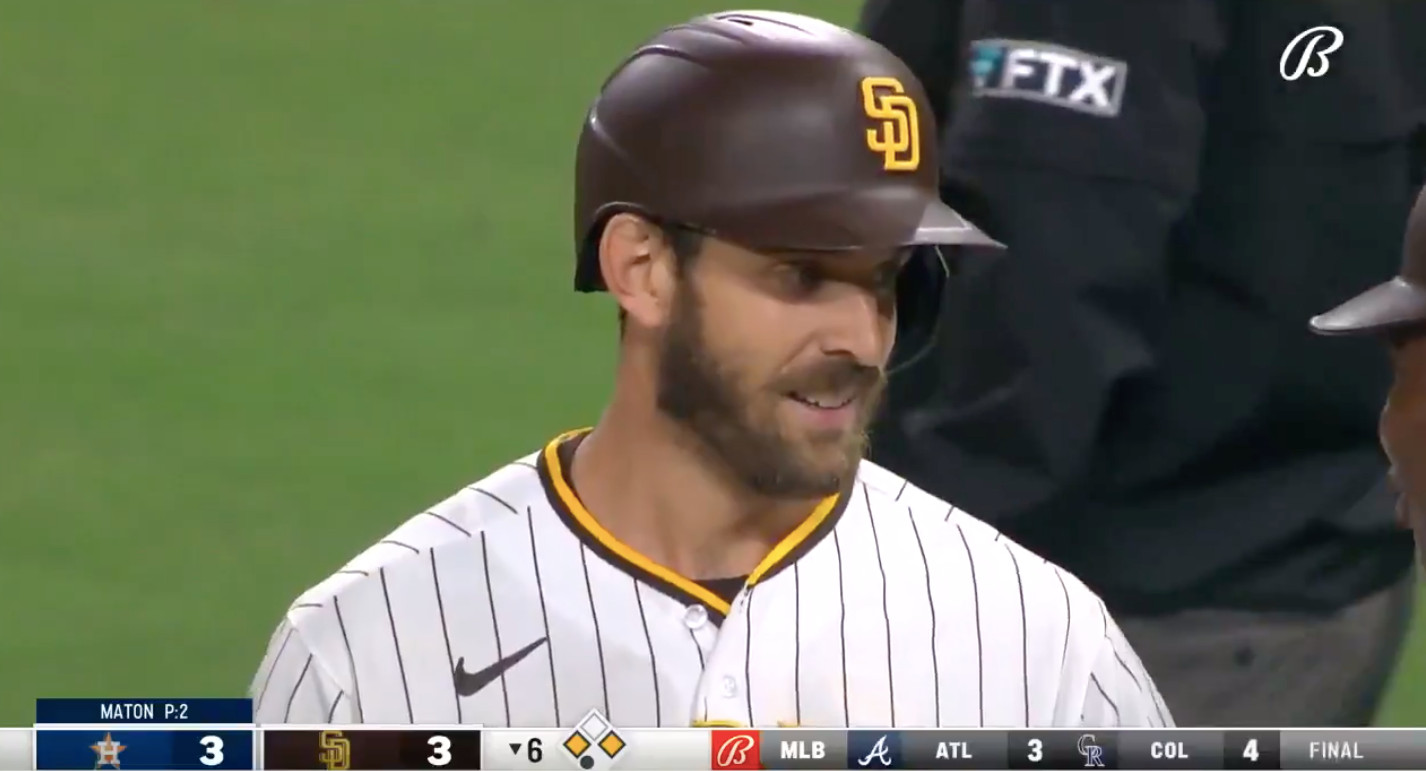 The Padres, bitten by a pair of home runs, dropped their series opener to the Houston Astros, 6-3, on Friday, Sept. 3, at Petco Park.

They drew first blood in the 3rd inning, taking a 1-0 lead on a Manny Machado single, only to watch the American League West leaders counter in the 4th with a Carlos Correa three-run bomb off starter Jake Arrieta.

The Padres pulled even in the 6th on another single, this time from Austin Nola, to drive in Wil Myers. Two innings later though, Kyle Tucker took Emilio Pagán deep, to put the Astros ahead for good.

Pagán took the loss, while Blake Taylor was credited with the win.

Manager Jayce Tingler noted that the Astros came through with men on Friday, while the Padres couldn’t drive them home.

“To me that was the difference, they were able to take advantage and we just, we couldn’t get the big one,” he said.

The Friars, meanwhile, held steady in the race for the second National League wild-card spot, as Cincinnati lost 15-5 to Detroit. They trail the Reds by a half game.

Both teams, though, have gone 3-7 in their last 10 games, giving St. Louis a chance to gain ground. They trail the Reds by 1.5 games in the wild-card race.

In Game 2 of the series, Joe Musgrove takes the mound at 5:40 p.m. Saturday, facing the Astros’ Framber Valdez.