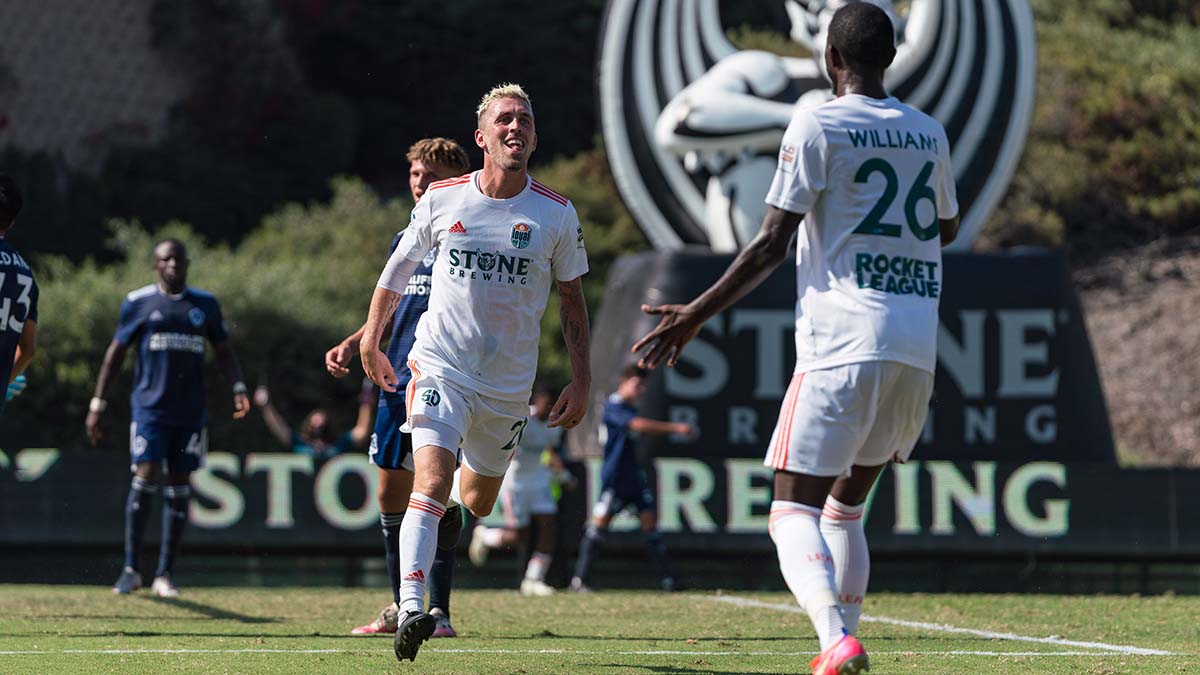 Hertzog, a forward, now has five goals with the club this season but is also tied for second all-time in scoring in the professional USL Championship with 72 goals. He ties retired player Jorge Herrera. Dane Kelly is the league’s all-time leading scorer with 94.

“I want to get that number one spot, but as long as we get those three points every weekend, I am happy. It was good,” Hertzog said after the match.

The newest Loyal player, Augustine Williams, opened up the scoring in the 11th minute when he headed in a cross by Elijah Martin, who drove his defender up the left flank and sent a pass into just above the six-yard box.

Hertzog’s scoring play began with defender Oliver Larraz dribbling the ball up the right flanks. He fed Douglas Martinez the ball just outside the penalty box and the Honduran sent a cross to Williams near the far post. Williams then set Hertzog up with the assist off a touch.

LA Galaxy II cut the SD Loyal lead when Kai Korneiuk scored off a cross by Owen Lambe as they caught the SD Loyal defense off guard in the 63rd minute.

Hertzog added his second goal of the night in the 65th for a 3-1 SD Loyal lead. Tumi Moshobane added to that lead in the 79th minute when he scored off a give-and-goal with Collin Martin. Remi Cabral closed out the scoring with an 87th minute goal on a cross by Taylor Davila.

SD Loyal moves into second place in the standings as it next heads into a road match at Oakland Roots on Saturday, Sept. 11. The Loyal returns to Torero Stadium at 3 p.m. Sept. 19 against Tacoma Defiance.