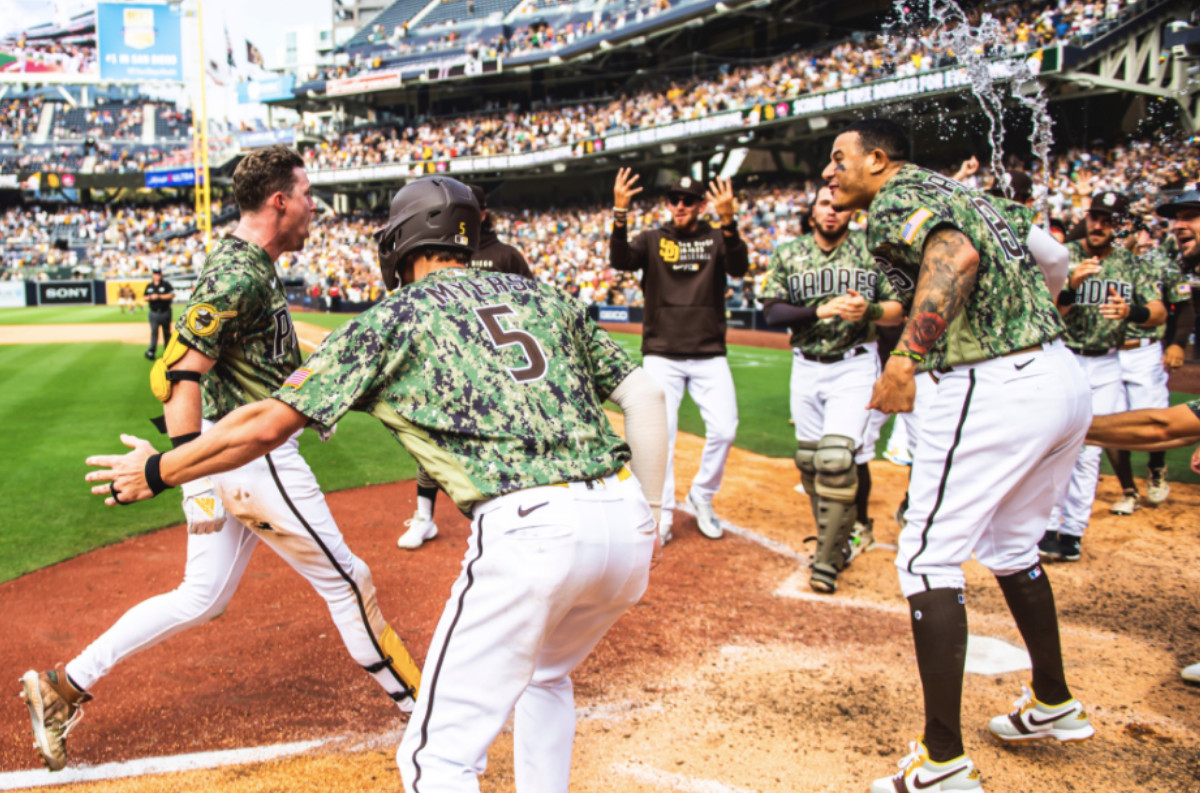 San Diego’s Jake Cronenworth gave his team a lift on Sunday, Sept. 5, with a walk-off homer to beat the Houston Astros 4-3 and move the Padres back ahead in the race for the league’s last wild-card spot.

Cronenworth came up with one out in the bottom of the ninth inning, and on a 2-2 count, sent a ball out of the park in right center.

The Padres had taken an early 3-1 lead, capped by Eric Hosmer’s two-out double to score Cronenworth and Manny Machado. The Astros drew even in the seventh on back-to-back homers by Yuri Gurriel and Carlos Correa, hits which forced starter Chris Paddack from the game.

The Friars took two of the three games against the Astros, who sit atop the American League West.

The wins gave the Padres a half-game advantage over the Cincinnati Reds in the wild-card push, while perhaps serving as a confidence-builder as they face a tough schedule of division leaders and contenders in their seven remaining series.

Manager Jayce Tingler called it “a big series win,” while Cronenworth noted the energy the Padres need over the coming weeks to stay in the playoff hunt.

That focus, Cronenworth said, can lend the team “kind of a win-now attitude (to) give everybody a little bit of an extra boost.”

The one also-ran in the Padres’ upcoming schedule comes to town Tuesday, Sept. 7 – the Los Angeles Angels, who trail the Astros by 11.5 games.

The two-game series presents another opportunity to see two of the sport’s most buzzed-about stars, Fernando Tatis Jr. and Shohei Ohtani, face off.

Ohtani, a two-way player, could be in line to pitch Wednesday. He won his last start, 3-2 Friday, Sept. 3, against Texas.

The Angels, though, have put off a decision on their starters in San Diego.