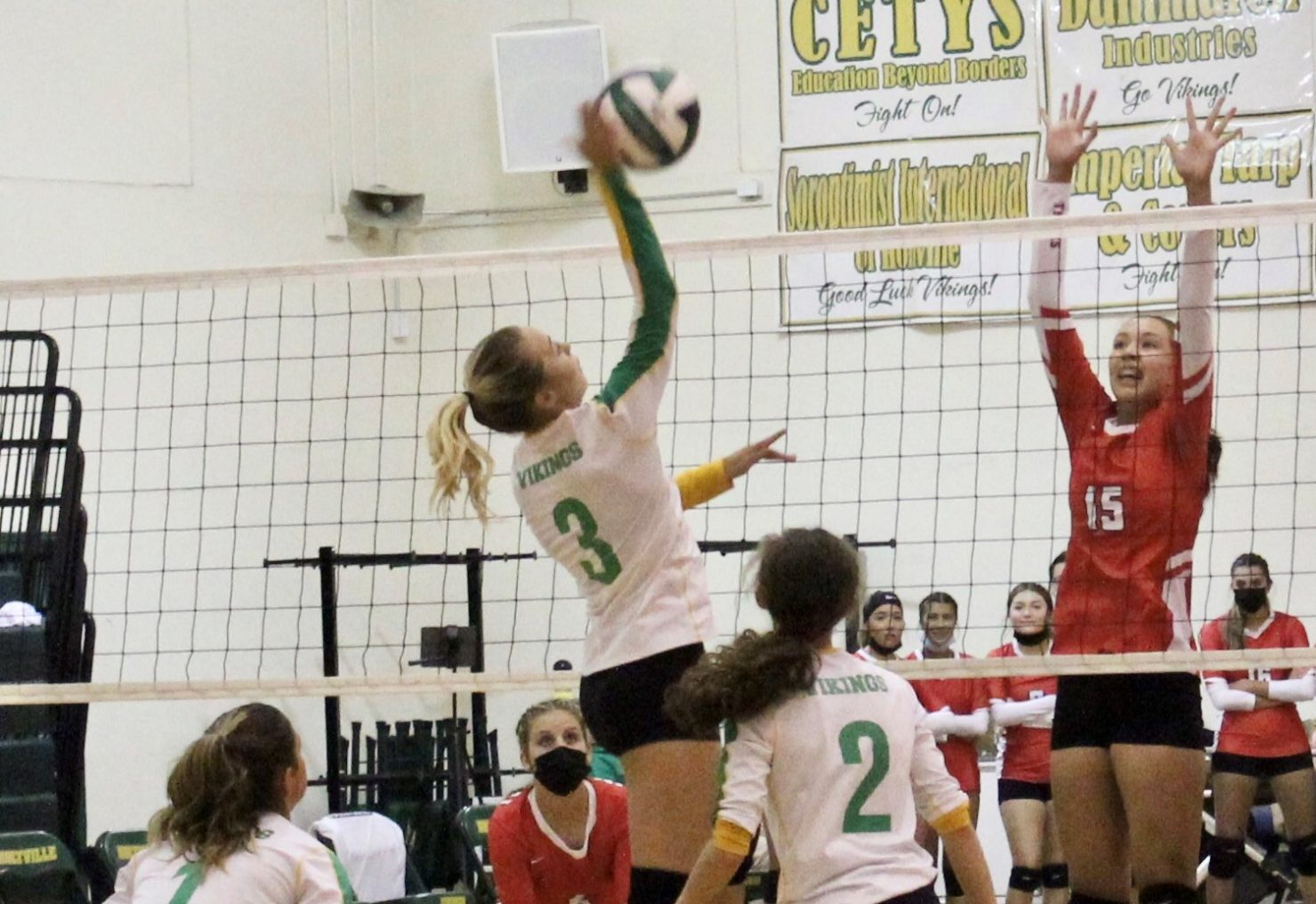 Holtville High School junior Kamryn Walker goes up for a spike at the net in the Vikings’ season-opening victory over Imperial in Holtville on Aug. 24. The squad improved its record to 6-3 with a three-game sweep of San Luis High in Arizona on Tuesday, Sept. 7. | CATHI PHILLIPS LARIOS PHOTO
Home
Sports
In Sports

The Vikings jumped on top of the Sidewinders 25-15 in the opening game and finished with identical 25-18 scores the next two games to sweep the match.

The Vikings were led by sophomore Jasmine Garewal who finished the match with 15 kills, six digs and two service aces. Juniors Kamryn Walker and Hope Jesse had seven kills each for Holtville while junior Sofie Irungaray had four digs, two service aces and a block.

Holtville traveled to National City to participate in the 48-team Sweetwater Invitational on Friday, Sept. 3, and Saturday, Sept. 4, going 2-1 in pool play on Friday and 0-2 in bracket play on Saturday.

The Vikings defeated Mission Bay High and Sweetwater High of National City in pool play before losing to Mission Vista of Oceanside. Holtville was placed in the Gold Division for bracket play and opened with a close three-set loss to Escondido High.

The Vikings lost to Escondido, 21-25, 25-21, 11-15 and slid into the loser’s bracket of the tournament where they would take on Christian High of El Cajon.

Against Christian, Holtville took the opening set 27-25, but dropped the final two sets 16-25 and 5-15, and was knocked out of the tournament.

Next up for the Vikings is a nonleague home match against Central Union High set for 6 p.m. on Thursday, Sept. 9. Holtville will travel to take on San Diego High on Tuesday, Sept. 14, with  6 p.m. start time.