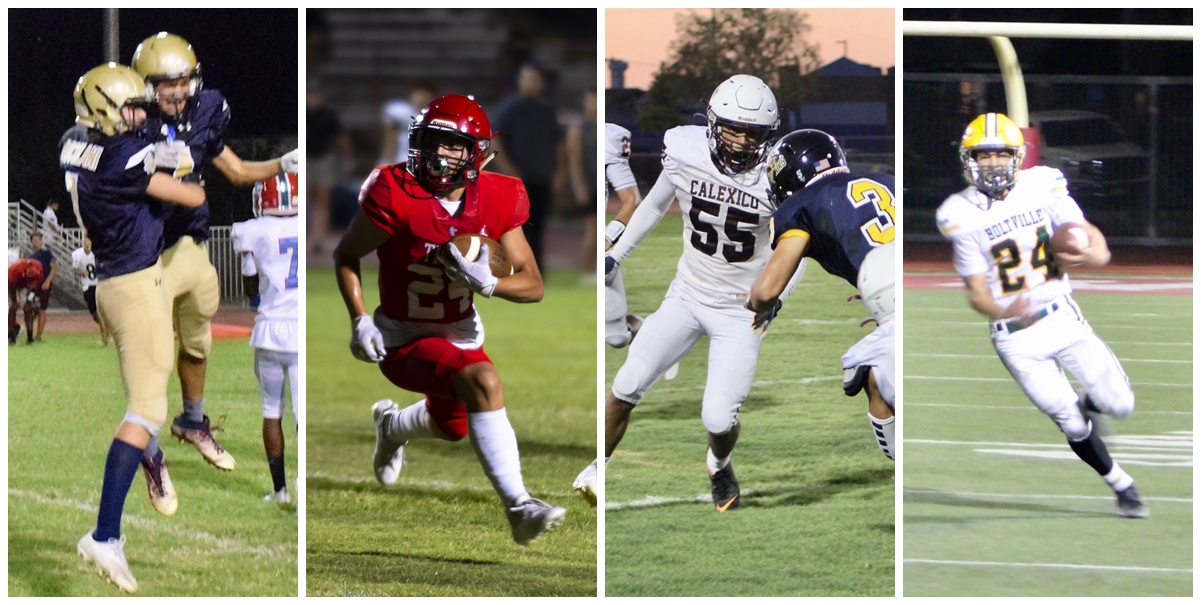 The lack of officiating crews for Imperial Valley high school football games has schools moving to off days, like Thursdays and Saturdays. This week, there will be six games on Friday, Sept. 10, and two games on Saturday, Sept. 12. The change is also allowing Valley Sports Network (VSN) to add more weekly livestreams. There will be three this week. | CALEXICO CHRONCILE/HOLTVILLE TRIBUNE FILE PHOTOS
Home
Sports
In Sports

FOOTBALL: Lack of Officials Results in 2 Days of Games

All eight Imperial Valley high school football teams will be in action this weekend with five games being played in the Imperial Valley and three being livestreamed by Valley Sports Network (VSN).

Due to a lack of officials in the Imperial Valley, the schedule has been moved around this season as there are a limited number of officiating crews available for varsity football. Schools have been asked to move games from Fridays to Thursdays and Saturdays to assist the local officiating crews. The schedule is set for this week.

Next
Holtville’s Highway 115 to See Closure for 3 Days