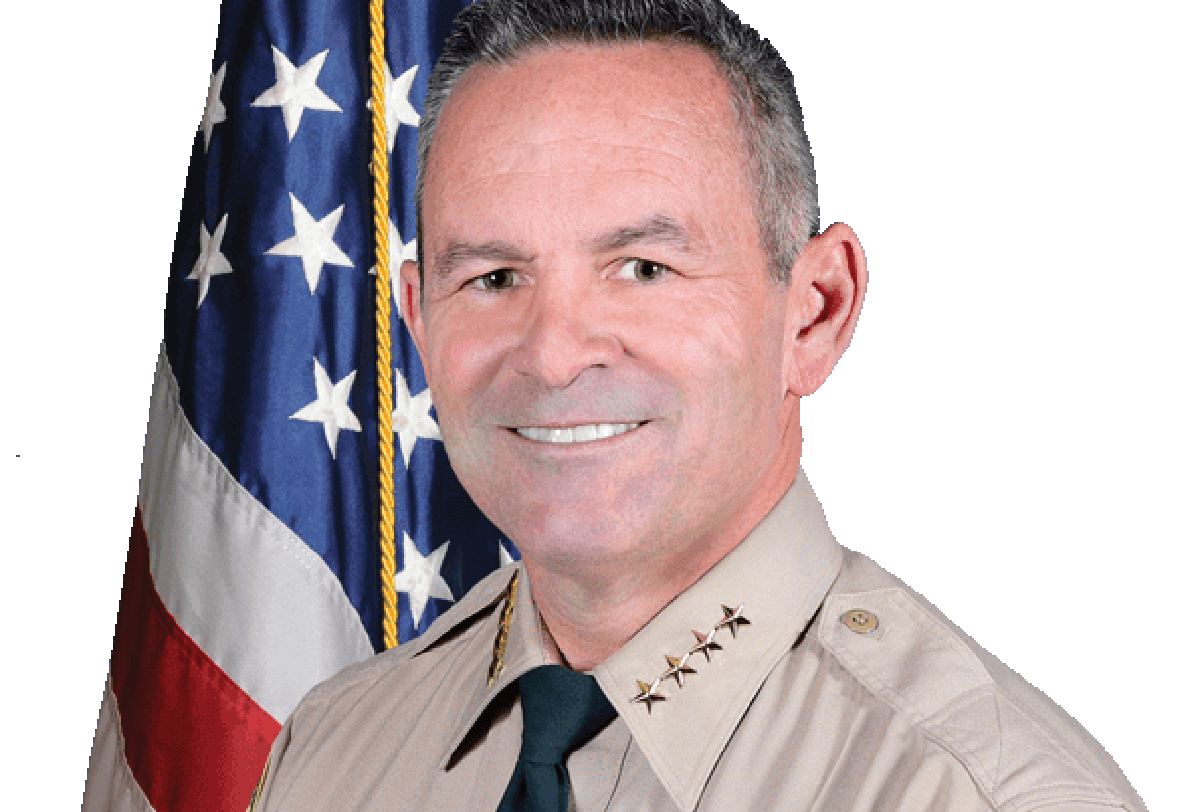 Chad Bianco defeated incumbent Stan Sniff in 2018 to become Riverside County’s sheriff. In the nearly three years since, Bianco has become a darling of the far right, thanks to his confrontational positions—including his downplaying of the threat posed by COVID-19

“I think why (Sheriff Bianco) was able to win against Stan Sniff—who I actually think was more moderate—is that a lot of people didn’t really know who Chad was,” said Joy Silver, a local progressive activist, entrepreneur and founding member of the Riverside Alliance for Safety and Accountability (RASA). “But I think they are disappointed that Chad wasn’t more progressive than Stan. So, that crowd of voters, shall we say, will be in opposition to keeping Chad as sheriff.”

The Riverside Alliance for Safety and Accountability was formed earlier this year as a California political action committee. An Aug. 9 statement announcing the group’s arrival on the local political landscape stated: “The Riverside Alliance for Safety and Accountability is a coalition of community leaders and concerned residents across the county, working together to hold our law enforcement accountable, and to help all of us feel safer by electing forward-thinking leaders who believe in transparency, public safety and equal protection under the law.”

The organization’s leadership council numbers about 20 people, and includes political and social activists from the Coachella Valley and eastern Riverside County, such as co-chair Phil Drucker, as well as David Vignolo and Carol Pollard. From western Riverside County, military veterans Jonathan Chang and Tami Simms, along with Nathan Kempe, have committed to the effort.

The first public order of business for RASA was the launch of its “Chad Bianco Must Go” campaign (biancomustgo.com).

“What pulled us all together was the masking situation, (Sheriff Bianco) not taking COVID-19 seriously and (discovering) that the RCSD actually had COVID-19-related deaths within their organization and still weren’t promoting mask-wearing,” Silver told the Independent, referring to the fact that at least two Sheriff’s Department employees have died of COVID-19. “I think that was a large part of what drove the unification across the county. The ideas started early and were a lot about how the Sheriff’s Department handled certain social-justice issues in western Riverside County—but the primary point was when COVID-19 arrived, and the mask issues. Even though the state had a mask mandate, the sheriff decided that he was not going to enforce it. That made all of the other issues come to the surface, including (a rapid increase) in carry permits (for firearms), and then the latest occurrence, where the ACLU accused Sheriff Bianco of misusing millions in COVID-19 funding.”

Bianco did not respond the Independent’s request for comment. However, the sheriff is commenting plenty via a new video content tool he unveiled on Aug. 30 on the Riverside County Sheriff’s Department website (www.riversidesheriff.org). “RSO Roundup” allows Bianco to address the public regarding whatever issues he deems worthwhile. In the roughly 20-minute introductory episode, the sheriff espouses his viewpoints on a host of topics, including his intent to discuss political issues of the day, as well as his dissatisfaction with members of the public who, he contends, “demonize” rather than “humanize” law enforcement personnel.

“At the dismay of some, we’re going to get into politics, because we’re at a point in California—and even the country—that, for me, as a law enforcement leader, and all of the chiefs that I talk to and other sheriffs, some of our biggest concerns are laws that are being passed. How we keep (the public) safe is really being hindered by the last several years of politics. So, we are going to talk about that—and I’m going to tell you some of the things that we need to change in this state in order for us to be able to keep you safe.”

The second episode went online on Sept. 9 and devotes most of its 13 minutes to a monologue on why Bianco has refused, and will continue to refuse, to mandate COVID-19 vaccinations for his more than 3,600 sheriff’s department employees.

While the sheriff’s office is technically a nonpartisan position, Bianco has been anything but nonpartisan, regularly criticizing Gov. Gavin Newsom, and even endorsing Larry Elder in the gubernatorial recall election. He’s also repeatedly ignored proven science by saying he refuses to get vaccinated and downplaying how dangerous COVID-19 is. Much of his rhetoric hues closely to the principles espoused by the Constitutional Sheriffs and Peace Officers Association, a group that believes sheriffs have the authority to disregard any laws or regulations they decide are unconstitutional.

From Temecula to the east Coachella Valley, we have people involved who are upset that somebody who was elected to enforce justice and peace is actually part of a larger philosophy held by ‘constitutional sheriffs.’ That is (a stance) that they won’t enforce any laws that they believe don’t meet the Constitution. That’s a problem.”

“Essentially, I think that the Riverside County sheriff will understand—and he probably knows this, since he’s in the public eye anyway—that people are watching his actions, and that there’s growing discontent with the way things have been moving forward,” Silver said. “Our intent is to educate the public on the issues as they come up in Riverside County, so that there’s a spotlight on those issues that are controversial.”

“I’m talking about a group of people who are much more concerned about their kids going back to school, and those kinds of issues foremost,” Silver said. “…. This past spring, things started to move forward. From Temecula to the east Coachella Valley, we have people involved who are upset that somebody who was elected to enforce justice and peace is actually part of a larger philosophy held by ‘constitutional sheriffs.’ That is (a stance) that they won’t enforce any laws that they believe don’t meet the Constitution. That’s a problem.”

Silver pointed to an increase in concealed-carry gun permits as another reason for concern about Bianco. A January article by the Uken Report website cited Bianco as saying that when he became sheriff, some 3,000 to 3,400 permits had been issued. That number had increased to 9,000, Bianco said, as of January 2021.

How is Bianco to blame for this increase in concealed-carry gun permits?

“We have to remember the environment for gun-carrying. If we look at not just Chad, but if we look at constitutional sheriffs in general, they are Second Amendment supporters who help create that environment,” Silver said. “And by creating that environment, you have more people applying, feeling more comfortable about it, and going out and doing it. … And there’s no doubt that the sheriff is a Second Amendment supporter.”

With the June primary election less than nine months away, no candidate has yet come forward to challenge Bianco. However, Silver and her RASA team say they believe a qualified and credible opponent will surface.

“We’re pretty confident,” Silver said. “I think there’s growing discontent with the danger. I think the biggest unifying issue is that, during the time of going through COVID and trying to come out of COVID, across the country, (many) sheriffs are unified in being anti-vaxxers and anti-maskers. It’s a big problem. I think that … makes us feel confident that there will be a candidate who will step out who is on the side of science. … We don’t recruit, but right now, we’re clearing a pathway for a candidate to come forward that has values aligned with what we call science.

“I think it’s important because of the issue of county sheriffs across the country subscribing to similar values as those you can see on Chad Bianco’s webpage—which are almost identical to (the values of) the constitutional sheriffs across the country. … I think (this) is a very big problem for the United States. Now, we can’t change, the entire country. But I think we need to look closer to home to see how we can affect and move things forward here. I think we are in a better position politically than we were when Chad ran the first time. Democratic registration is now up in Riverside County, and that matters, too. So, the demographics show that there is the opportunity for a win (by a Bianco opponent). I think it’s time that we make that change and put somebody in that position who is amenable to people’s concerns.”

(This story by Kevin Fitzgerald first appeared in the Coachella Valley Independent and was made available through the CalMatters Network.)

Previous
Millions of Pounds of Pollock and a Railroad to Nowhere