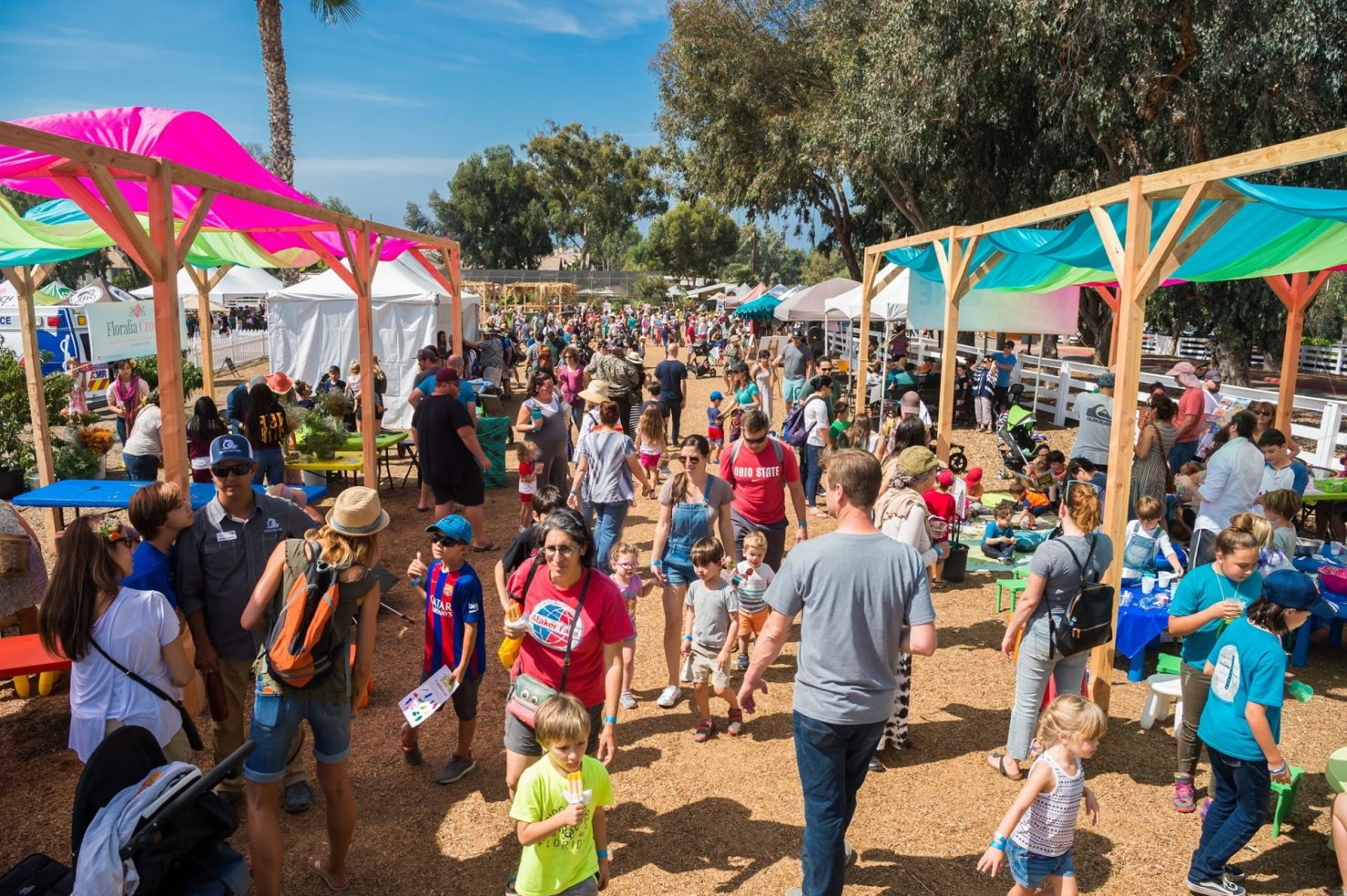 Food, farms and fun: A harvest fest is a fine way to step into fall. Photo credit: @CoastalRootsFarm, via Facebook
Home
California
In California

Pumpkin everything and gearing up for Scare Season – ready to feel the fall vibes? One of San Diego’s main attractions sure is, as they get a jump on October and All Hallows Eve.

As one good thing ends at SeaWorld this weekend, two more begin. It’s your last chance for the park’s Craft Beer Festival, which winds down Saturday, Sept. 18, and Sunday, Sept. 19. Enjoy eight tastings of a selection of more than 100 brews for $50. Meanwhile, the kid-friendly “Spooktacular” returned as of Friday, Sept. 17, as the more frightful “Howl-O-Scream” makes its bow.

“Spooktactular,” during the day, includes Sesame Street characters, trick-or-treating and a “Halloween dance party.” It’s included in park admission. “Howl-O-Scream”– from 7 p.m. to midnight Fridays through Sundays, and some Thursdays, features “a carnival of horrifying creatures,” haunted houses, theme bars and a “steam punk” dance club. “Howl” requires separate tickets, at $80, with discounts dropping admission to $40. Both events continue through Oct. 31.

A local brand made good, Stone Brewing, celebrates a big one this weekend – 25 years on the craft beer scene. Toast the gargoyle (and their recent U.S. Open Beer Championship win) during a $25 beer pairing dinner at 6:30 p.m. Saturday at Stone’s Liberty Station location.

The virtual Women’s Film Festival opened Friday, with 22 features and shorts, including The 8th, about the end to Ireland’s constitutional ban on abortion, and Rosie, a fictional take on the World War II icon. The festival, sponsored by the Women’s Museum of California at Liberty Station, continues through Sept. 26. Single screenings cost $5, and a full pass, $15.

Glorious! The True Story of Florence Foster Jenkins – The Worst Singer in the World opened Friday at Point Loma Playhouse. Meryl Streep tackled the role of Jenkins, an heiress known for both her charity recitals and her terrible tunes, in a 2016 film. The comedy, described as “hilarious and heartwarming,” continues through Oct. 9. Tickets start at $22, with multiple discounts available.

Community Fridges Not a Pandemic Fad. They’ve Become Entrenched in Neighborhoods As a Way to Fight Hunger.

Top wing chefs in San Diego bring their best to the table for “Wing Wars” at Mission Brewery in the East Village on Saturday. The event features live DJs, games, giveaways and, but of course, all-you-can-eat wings. Tickets cost $45 for 2 p.m. admission; throw in an extra $10 to get in an hour early to attack those wings.

Watch the big finish Sunday of Oceanside’s Nissan Super Girl Surf Pro, a World Surf League Women’s Qualifying Series. The free event, at Oceanside Pier, not only includes the competition, mixing top surfers like Carissa Moore with locals like Caitlyn Skye Simmers, but also a festival village. It features live bands, surf clinics, chances to meet the pros and more. Surfing starts at 8 a.m., while the village opens at 10 a.m.

Coastal Roots Farm in Encinitas hosts the Sukkot Harvest Festival at 11 a.m. Sunday, with farm tours, live music and a kids zone. The fall fest, marking the Jewish tradition known as the season of rejoicing, is pay-what-you-can for entry and at the farm stand.

(This piece first appeared in Times of San Diego and was made available as part of the CalMatters Network.)

Next
No Special Ed Director a Concern for Brawley Mom