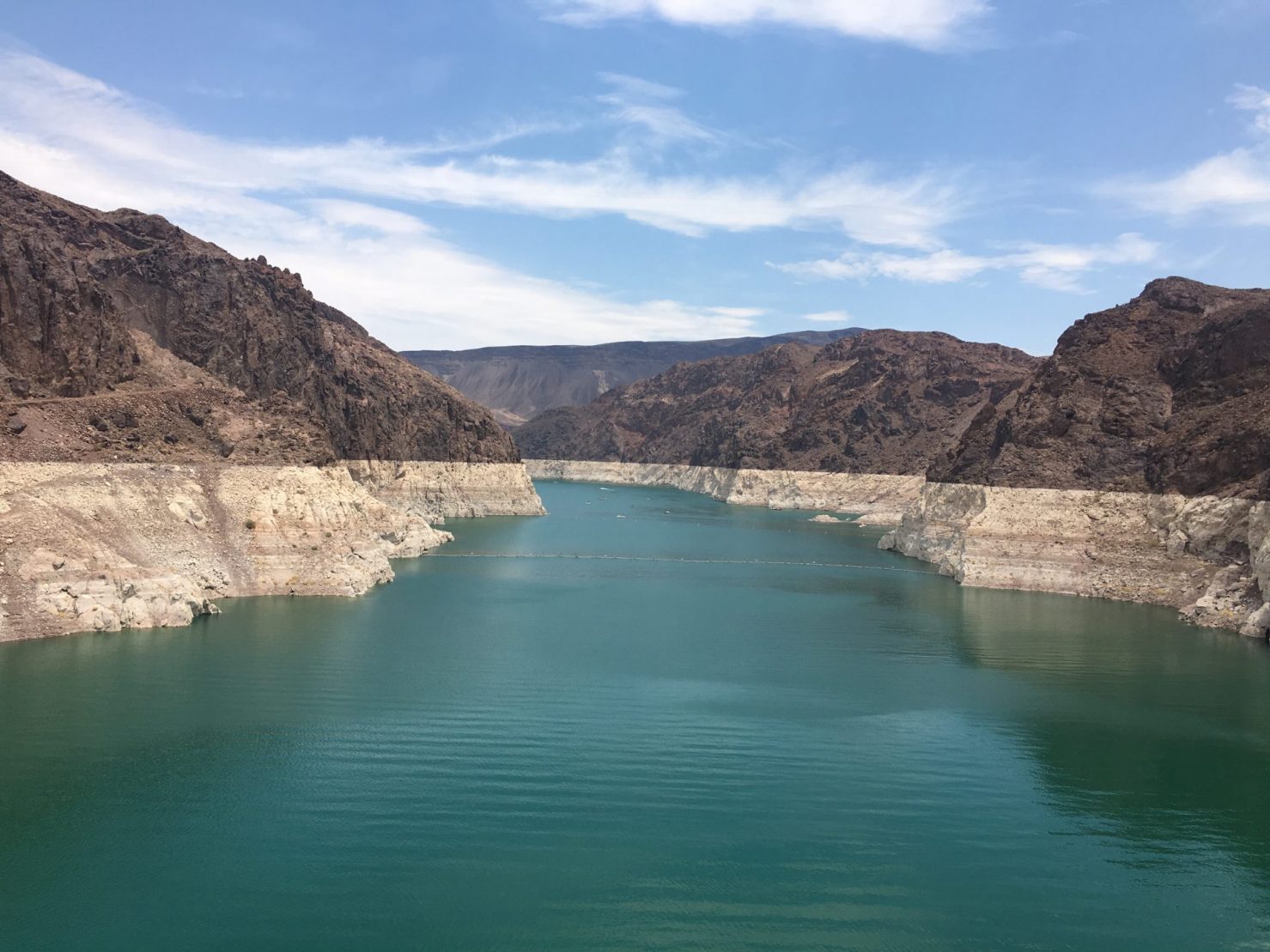 Lake Mead near Hoover Dam is shown earlier this year. The bathtub ring of light minerals shows the high watermark of the reservoir which has fallen to record lows. | COURTESY PHOTO
Home
Agriculture
In AgricultureRegional News

Paving the way for additional cooperation on the Colorado River, California’s largest agricultural user and the largest urban user of the river’s stressed water resources announced on Monday, Sept. 20, a settlement in a two-year legal dispute.

The agreement between the Metropolitan Water District of Southern California and the Imperial Irrigation District was signed last week after being approved by the agencies’ respective boards of directors. It settles conflicts between Metropolitan and IID that arose in 2019 regarding implementation of the Drought Contingency Plan, a series of agreements negotiated among and within the seven Colorado River Basin states to keep the river’s two largest reservoirs from reaching critically low levels.

“With this dispute behind us, we can resume working together towards tomorrow’s solutions to address our significant challenges on the Colorado River,” Metropolitan General Manager Adel Hagekhalil said. “Seven states, two nations, several Native American tribes, countless cities and farms — all rely on the Colorado River’s waters. And yet the current level of reliance is not sustainable. Only by working together can we bring this river into balance. Today we took an important step in that direction.”

IID General Manager Henry Martinez said, “By entering into this settlement agreement, both IID and Metropolitan recognize the only way to ensure the long-term viability of the Colorado River system is one where both agencies work alongside one another on these critical matters. IID continues to advocate for protection of the Salton Sea and, with our partners, will seek additional state and federal funding to construct much-needed restoration projects.”

The Colorado River has been in drought conditions for more than two decades, and climate change is making things significantly worse, according to the IID press release. Hotter, drier conditions over the last 10 years have produced the lowest runoff the river has ever seen, causing the level of the system’s largest storage reservoir, Lake Mead, to plummet to its lowest level since it was filled in the 1930s.

Last month the Bureau of Reclamation declared the first-ever tier one shortage on the river, triggering cutbacks to Arizona and Nevada.

Metropolitan and IID have a long history of collaboration on the Colorado River. They have partnered to implement water conservation, transfer and storage programs that have provided mutual benefits to both agencies. That partnership was put on hold over a dispute that arose during development of the Drought Contingency Plan. In 2019, IID filed a lawsuit alleging Metropolitan violated the California Environmental Quality Act when Metropolitan approved its participation in the DCP. And in 2020, IID filed another lawsuit against Metropolitan alleging breach of contract related to the storage of Colorado River water.

Under the settlement agreement, IID can store additional amounts of conserved water in Metropolitan’s Lake Mead account. If Lake Mead continues dropping to a level requiring California to make a contribution under the Drought Contingency Plan, IID will help make that contribution. In addition, the settlement resolves a dispute over water that Metropolitan diverted in 2018 through shared storage of the water between the agencies. It also establishes that Metropolitan and IID will explore ways to increase Lake Mead’s drought resilience and that Metropolitan will support ongoing efforts to secure state and federal funding for the Salton Sea.

The agreement allows Metropolitan and IID to resume negotiating new solutions to address the imbalance on the Colorado River. The DCP expires in 2026 and the states, water agencies, tribes and portions of Mexico that rely on the river are initiating negotiations of a new set of long-term solutions.

Next
Hilton Smith to Run for Imperial County Sheriff