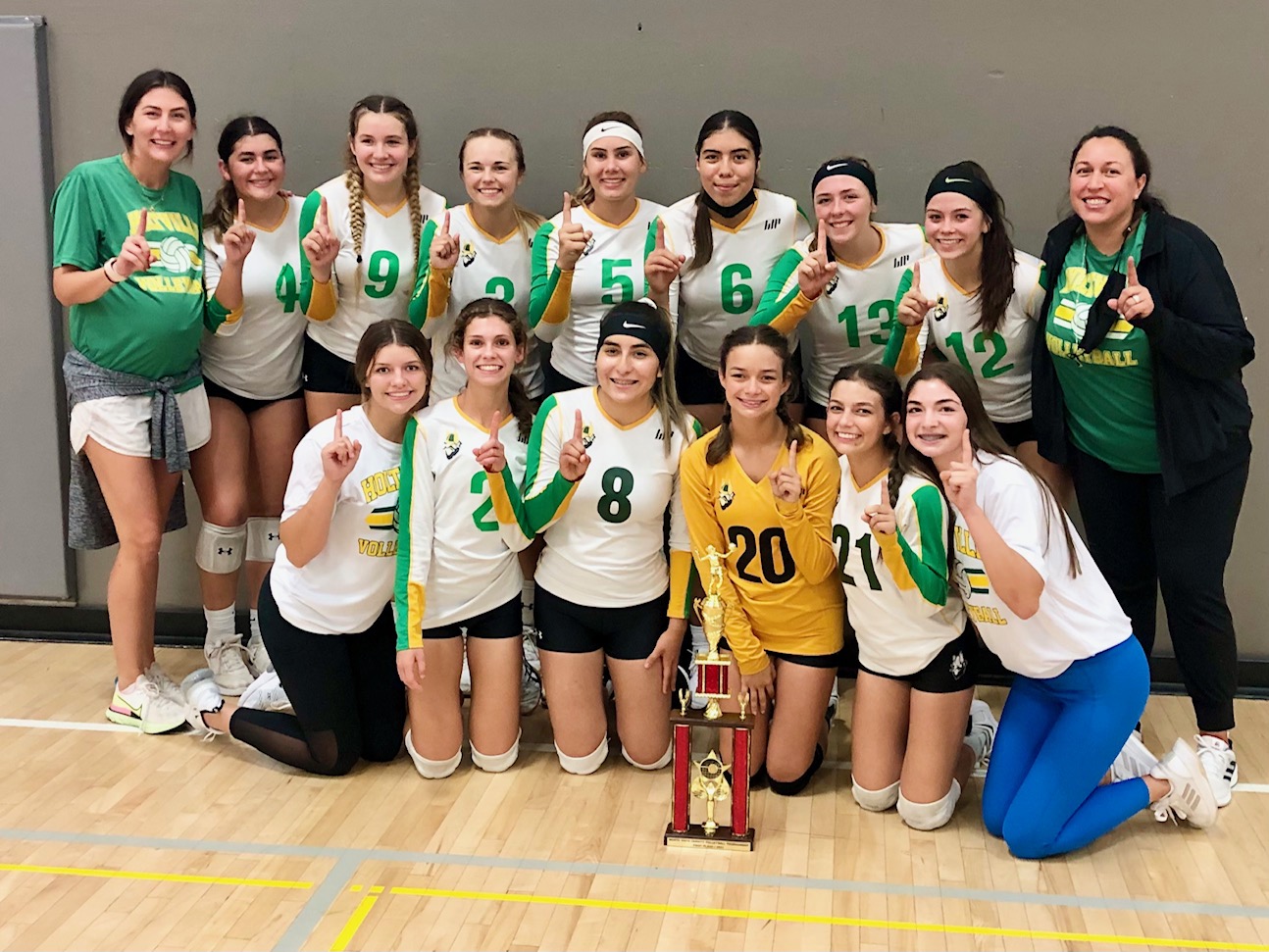 The Holtville High School volleyball team shows off the championship trophy after winning the Monte Vista Invitational tournament in Spring Valley on Saturday, Sept. 18, with a 2-1 victory over Clairemont in the championship match. | MURRAY ANDERSON PHOTO
Home
Sports
In Sports

“I thought we had a great tournament and we were able to move some lineups around and figure out what is working for us,” said Chelsey Strahm, Holtville’s fifth-year head coach. “Having five tough games like that really gives us the confidence we will need this week as we open league.”

Holtville rallied to beat Clairemont after losing the first set 22-25, then winning the second 25-19 and the third 15-11. Sophomore Jasmine Garewal led the way with 14 kills in the match while junior Kamryn Walker had 10 digs.

Against Liberty Charter, the Vikings again dropped the first set, losing 26-24, then rallying to win the second 25-19 and the third 15-9.

The perfect 3-0 record in pool play advanced the Vikings into the semifinals of bracket play where they crushed Hoover High of San Diego in straight sets, 25-9, 25-14.

In the championship match, Holtville had a rematch with Clairemont and needed three sets to get the trophy, winning 25-10, 21-25, 15-8. Garewal again led the way at the net with 13 kills while Walker and senior Orian Anderson had five kills each.

Walker had 14 digs in the back row for the Vikings and had 21 service points.

“I think the IVL is pretty even across the board,” Strahm said. “On any night any team can step up and get a win so we will have to be at our best each time we are on the court.”

Next
Students with Disabilities Across California Stuck in Limbo