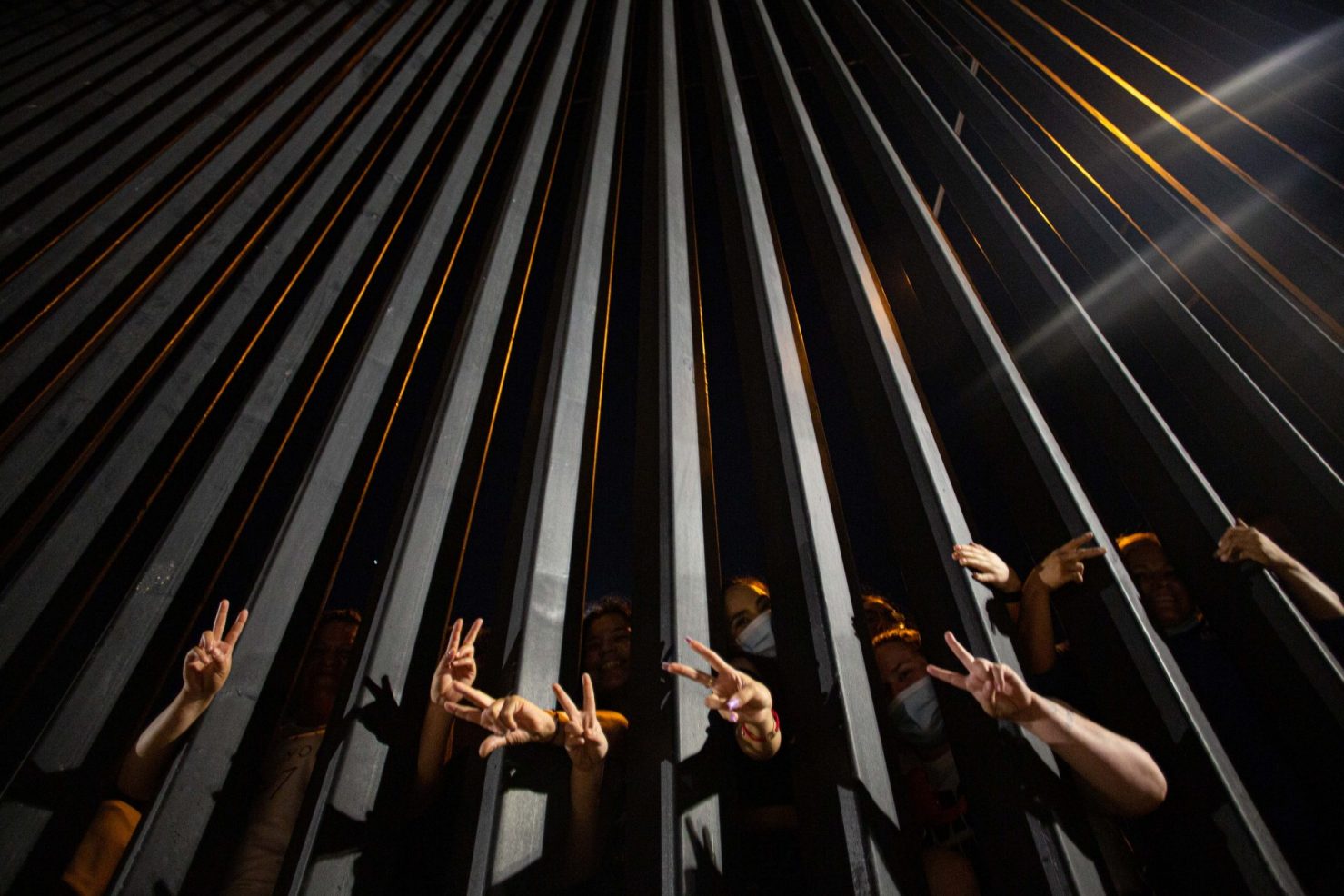 Mexicali citizens crowd along the U.S.-Mexico border fence to catch a glimpse and hear the music of Intocable on stage several hundred feet away in Calexico on Aug. 20. | ANGEL ESPARZA PHOTO
Home
Opinion
In Opinion

COLUMN: Daniela and Luis Flores Posit the Myth of Scarcity Driving Anti-Immigrant Xenophobia is Fueled by Domestic Maldistribution for the Working Class

Images coming out of the Rio Grande of whip-wielding Border Patrol agents on horseback are a stark and painful reminder that the American border has always been a frontier, too, the western edge of the American state.

More concretely, the scenes on the Texas border are another case where centrist Democrats promote “tough-on-immigration” stances under the delusion that bipartisan xenophobia will win them Republican support for their social agenda.

With 3 million deportations, the Obama administration deported more migrants than Trump. In June, Vice President Kamala Harris performed this delusion again in Guatemala, repeating that migrants should “not come.” And this week, the Biden Administration is making a show of proving he is not “weak” on the border, vowing to deport thousands of Haitian refugees, continuing a Trump era policy, as they pursue their right under international law to seek asylum.

The Democrats’ “tough love” brand of anti-immigrant policy rests on a paternalistic notion that while painful, it is necessary — the “adult” thing to do to protect the scarcity of Americans’ standard of living. These debates about the “crisis at the border” begin from the false premise that immigrants exacerbate economic scarcity.

Democrats must reject the myth of scarcity that drives anti-immigrant xenophobia and insist that domestic inequality and maldistribution are the true sources of working- and middle-class suffering, and not competition from immigrants.

Throughout history American politicians have looked to the border for solutions to problems of domestic inequality. As the Yale historian and Pulitzer Prize-winning-author Greg Grandin argued in this 2019 book, “The End of the Myth: The Frontier and the Border in the American Mind,” the frontier offered American politicians a “safety valve.” Territorial expansion allowed them to resolve economic tensions through westward expansion. The conquest of native lands offered American officials a temporary resolution to internal conflicts over slavery (remember the Missouri compromise from high school), enabled the expansion of homeownership and economic stability for white settlers, and fueled resource extraction and mechanized agriculture that made the U.S. the world’s richest economy.

But the calculus of frontier economics changed when the U.S. reached the Pacific Ocean. The promise of the frontier’s “safety valve” of seized land to address domestic inequality, argues Grandin, ended. The expanding frontier hardened into a border wall, and rather than territorial expansion, xenophobic defense of the border against immigrants became the convenient political answer to domestic inequality. The racial supremacy of imperial expansion turned into the xenophobia of border defense.

Rather than being at the edges of the American economy, borderland communities are the center of America’s denial of a system that generates dramatic economic inequality. Democrats, and our borderland immigrant community, must staunchly reject this central assumption of frontier economics: that the country’s main economic problem is scarcity, meaning that any new immigrant (but particularly Black and brown migrants) would compete for it, making everyone worse off.

The problem was (in the late 19th century) and is again today, dramatic income and wealth inequality in the domestic economy. The “Gilded Age,” between 1870 and 1900, was America’s first age of dramatic inequality held by families like the Rockefellers, Vanderbilts, and Huntingtons. This period also yielded some of the earliest xenophobic immigration policies, like the 1882 Chinese Exclusion Act and the 1892 Geary Act.

We are there again. The defining economic trend since the 1970s has been the dramatic rise of income and wealth inequality. We have become desensitized to hard-to-grasp factoids about inequality, like that 20 people in the U.S. own as much wealth as the poorest 160 million Americans. Twenty individuals hold more wealth than 160 million persons. In the months since the start of the pandemic, U.S. billionaires have gotten $1.2 trillion wealthier, a rise of 35 percent. And yet, centrist Democrats play along with Republicans in taking for granted the assumption that working-class immigrants pose a threat to our economic lives.

Meaning of ‘Local Control’ in an Underserved Community

There is a particular responsibility on borderland and immigrant communities like our own to refuse to be used as pawns in debates that should not be about us. Importantly, we must reject complicity in the distraction of frontier economics when we mimic the “tough love” of centrist Democrats, as some second-generation Latino families insist that “we immigrated the right way, so should everyone.”

Just like imperial expansion on the frontier was once used to distract from domestic troubles, today’s spectacles of xenophobic border defense appease a nation who looks to the border to resolve its problems of domestic inequality and economic anxiety. If we fall for the distraction, we not only continue to inflict suffering on migrant and refugee families but will also fail to address the inequality at the center of our national crises.

Luis and Daniela Flores, siblings from Calexico, are co-founders of Imperial Valley Equity and Justice Coalition. The multigenerational group advocates for community empowerment, social and environmental justice, and health equity. Luis and Daniela can be reached at ivequityjustice@gmail.com