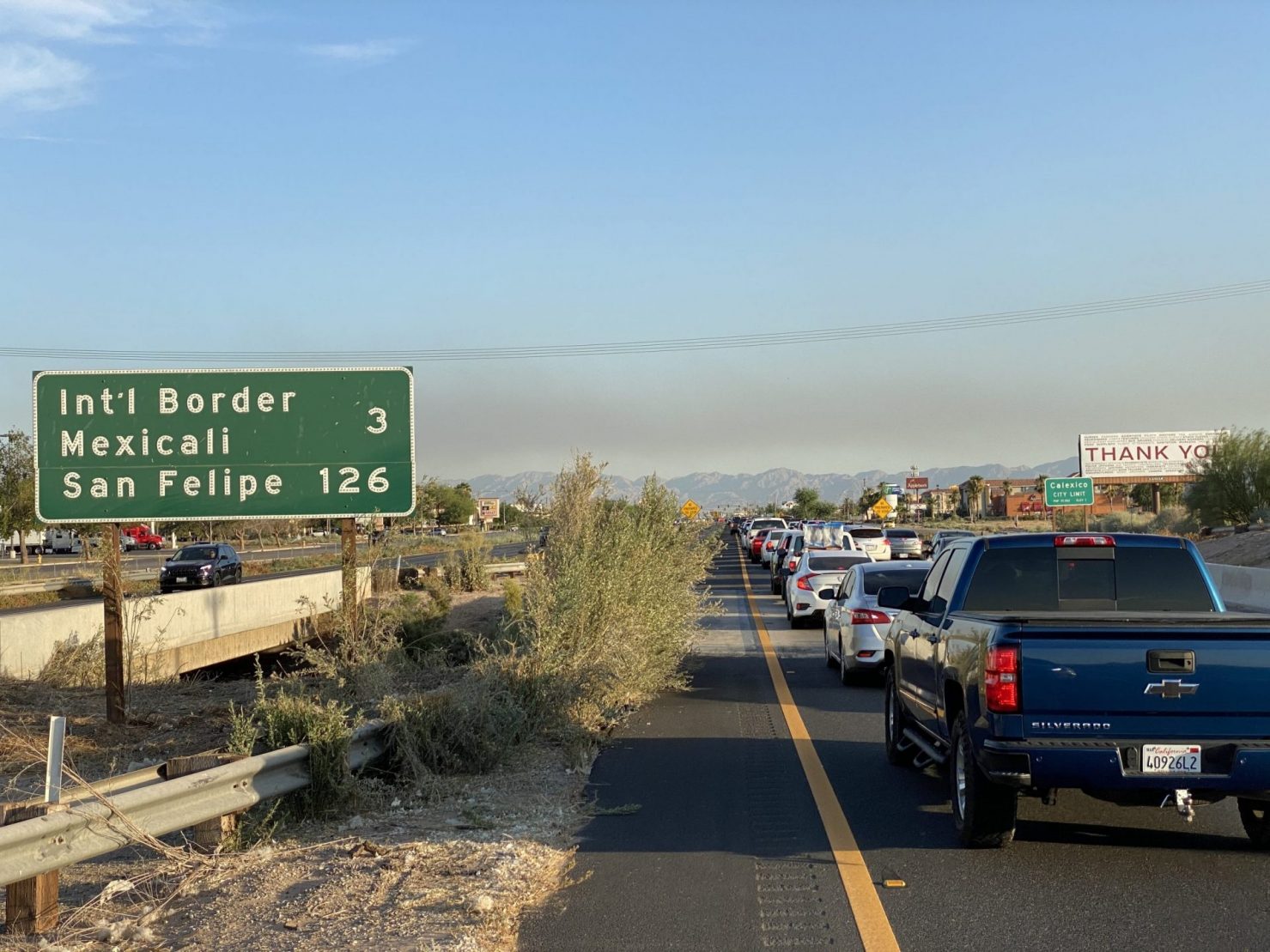 Southbound border traffic in June is backed up all the way to the signs near Calexico city limits on Highway 111. Recently, such delays have become commonplace much more often and much earlier in the season. | PHOTO COURTESY OF MI CALEXICO
Home
Regional News
In Regional News

Some 160 cement trucks are scheduled to bring in a total of 1,600 cubic feet of cement over the next two nights as part of the ongoing West Port on Entry expansion being done by the U.S. Government Services Administration.

The trucks will be heading to the port off Second Street to pour the foundation for the expansion of the private vehicle lanes from 10 to 16, Gerardo said, adding GSA officials just informed the city this would be happening a few days ago.

Southbound border traffic is already some of the most congested many local officials have ever seen, and with the port expansion causing slowed traffic through December 2023, the next two nights will only add the problem, Gerardo said.

Although the cement trucks will not start arriving to the West Port until 6 p.m., Gerardo said the southbound daily commute continues until at least 8 or 9 p.m.

The chief is asking people to avoid heading unnecessarily or to try to cross before 6.

Next
FBI: Crime in Imperial County Down in 2 Major Areas for 2020