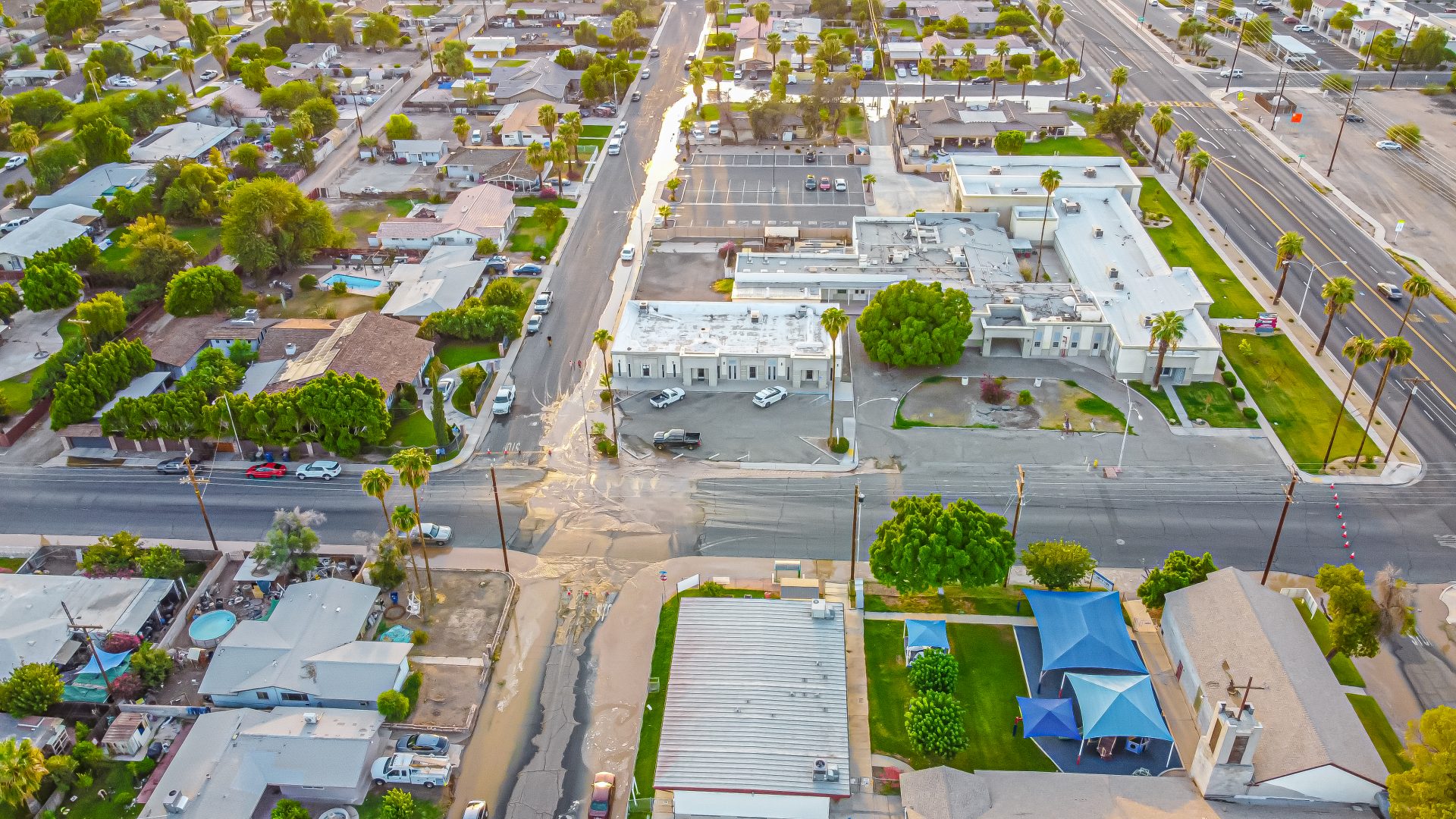 A water line break at 10th Street and Blair Avenue disrupted services to 50 homes on Wednesday evening, Sept. 29. Crew were to continue working throughout the night to isolate and repair the 6-inch iron pipe, according to city officials. | CAMILO GARCIA JR. PHOTO
Home
Regional News
Share

CALEXICO — City Public Works worked through the night and into the morning to restore water service to 50 homes in the area of Blair Avenue and 10th Street after a line break on Wednesday evening, Sept. 29, left residents all wet … or the opposite of that.

Calexico City Manager Miguel Figueroa said a 6-inch cast iron pipe had broken underground on Wednesday evening and he had given direction to the lead operator of the water plant to supervise the repairs.

Service was restored to residents around midnight, but crews were still on scene until 4 a.m. Thursday, Sept. 30, Figueroa texted.

Water could be seen rushing through the intersection shortly after the break went out over the police scanner. An officer could be seen setting up traffic cones where Blair intersects with Highway 98/Birch Avenue just as the first Public Works crews were arriving.

The break occurred in what is generally considered an older part of the city just a block from Highway 98. The break was near the old Calexico Hospital, closer to the Pioneers Health Center entrance that operates in the hospital plant.

CUSD Superintendent Search to Get Underway

“The priority right now is to repair,” Figueroa said by text on Wednesday night, adding that crews “will be working until water service is restored.”

(This story was updated on Thursday morning, Sept. 30, with new information.)