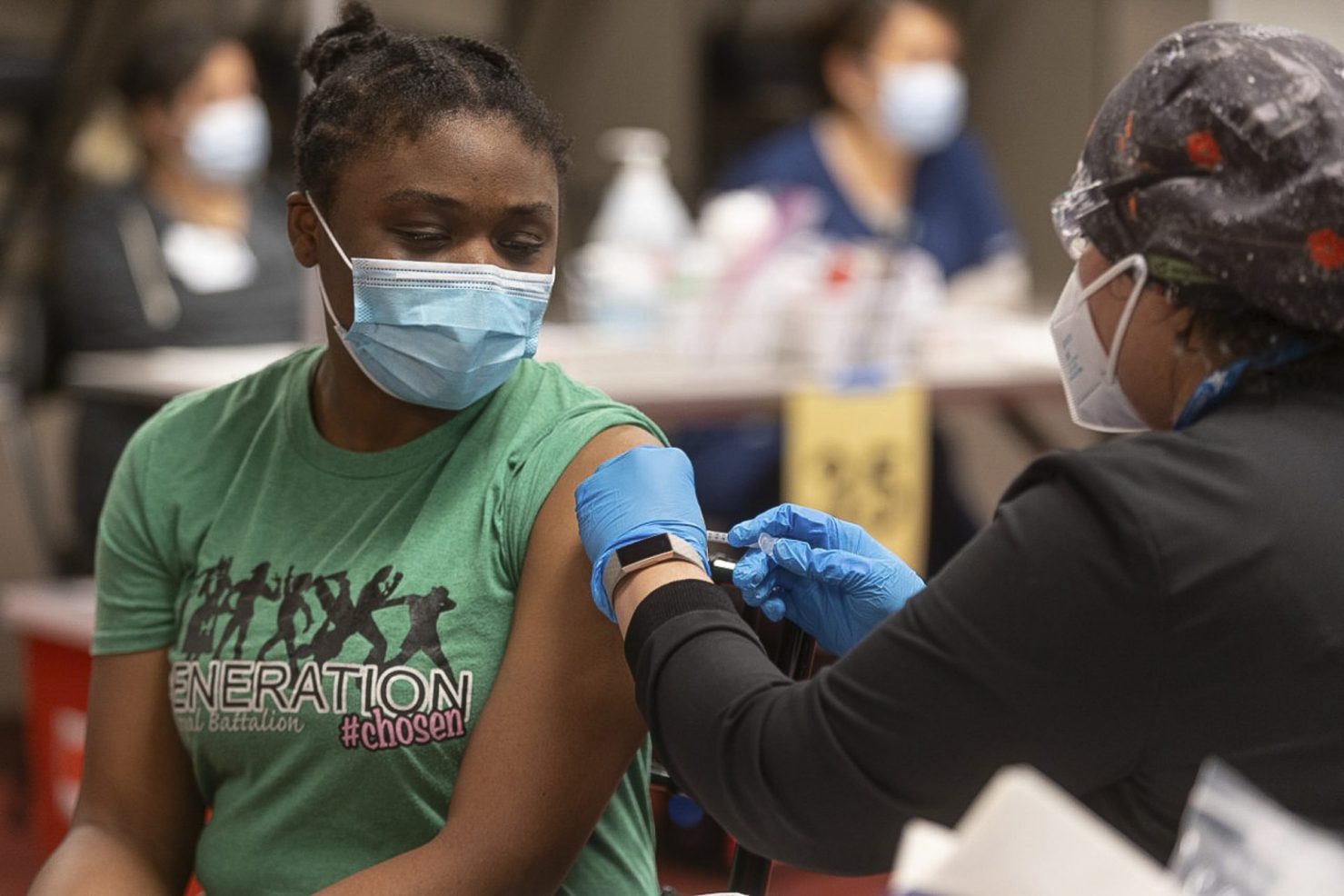 California’s recently issued COVID-19 vaccination mandate allows students and staff to opt out for religious or ideological reasons. While a small minority are expected to leave their schools over this mandate, a key lawmaker says he may push legislation to eliminate the personal belief exemption.

But he also expects around 10 of his employees to quit out of personal or political opposition to it.

“It’s a really small number, but the individuals who are upset about it are vocal,” said McFadden, whose district in Nevada County is about 65 miles northwest of Sacramento. “The silent, vast majority of educators are saying, OK, we’ll get vaccinated.”

As a small minority of teachers and parents across the state protest vaccine mandates, one legislator is considering ways to strengthen the new immunization requirement by eliminating a controversial public-health loophole state lawmakers had previously removed for the 10 other required vaccines for California’s students.

“The purpose of these laws is not to make anyone vaccinate their children, it’s to keep schools safe,” said state Sen. Richard Pan of Sacramento, a Democrat and pediatrician who chairs the Senate Health Committee. “You don’t want schools having to close, and people having to be sent home and quarantined.”

The vaccine mandate announced last week will take effect as soon as the U.S. Food and Drug Administration fully approves the vaccine for the different age groups. The Newsom administration expects the first vaccine deadline for grades 7-12 to be July 1, 2022.

The mandate, however, allows for personal belief exemptions. This means students and staff could opt-out of the COVID-19 vaccine for religious or ideological reasons.

The process for a personal belief exemptions for vaccinations vary across the country for students and employees, according to Dorit Reiss, a law professor at UC Hastings.

“Some just ask to check a box on a form,” she said. “Others have a different process like submitting a letter.

Pan has a long history with strengthening vaccine rules for students. In 2012, he authored a law that required parents seeking a personal belief exemption to consult with a medical expert about the benefits and risks of vaccinations.

In 2015, he co-authored a law which eliminated the personal belief exemption for childhood immunizations altogether.

Pan then successfully tightened regulations on medical exemptions in 2019 with a bill that required the California Department of Public Health to audit all medical exemptions at schools with immunization rates of less than 95%, and doctors who submit more than five medical exemptions every calendar year. Anti-vaccine protesters zealously opposed the bill.

Friday’s COVID-19 vaccine mandate revived the issue of the personal belief exemption because the 2015 law requires any immunization requirements issued by the state health department without a vote from the Legislature to include the provision.

“At the time, we were more concerned about routine vaccinations. We were thinking, why have a fight that doesn’t really matter?” Pan said. “The laws that we wrote for school mandates were not written with pandemics in mind. That’s why that provision is in there.”

Pan says he’ll consider authoring legislation that would eliminate the exemption if COVID-19 cases spike across the state or if districts report a high number of students and staff who abuse this provision to avoid the vaccine.

A possible bill, Pan said, would add the COVID-19 vaccine to the list of already required immunizations for both public and private school students. Then it would be treated like the other 10 vaccine requirements that don’t allow for a personal belief exemption under SB 277.

“The problem with the personal belief exemption is that if there are too many people who use it, we’ll have schools that are unsafe,” he said. “We need to be sure kids can stay in school and learn and not have to be sent home for two weeks.”

The California chapter of the American Academy of Pediatrics released a statement in support of the mandate.

“The eradication of smallpox and polio, as well as prevention of meningitis, measles and whooping cough show that vaccines work,” said chapter Chair Yasuko Fukuda. “New vaccines are developed and evaluated by a long-standing rigorous process to ensure effectiveness and safety.”

Catherine Martin, executive director of the California Immunization Coalition, a public-health advocacy group, said she understands the concerns of the parents who are hesitant about the COVID-19 vaccine, but she agrees that the personal belief exemption should be eliminated.

“The number one reason to eliminate the personal belief exemption is to be consistent,” Martin said. “This vaccine is no riskier than any other vaccine.”

COVID-19 vaccines do not currently have FDA approval for kids, but are expected to by the time the mandate goes into effect.

PODCAST: Is ‘Right to Housing’ a Solution to California Homelessness?

Martin said her organization will spend the next months supporting pediatricians and school administrators as they explain the benefits and risks of the COVID-19 vaccine to students and their families.

“Parents are suffering because they really are scared,” she said. “Doctors are really going to need to up their game in terms of taking time and answering their questions.”

However, Martin has less sympathy for teachers and school staff who refuse to get vaccinated for political reasons.

“If they’re not believing in the science or if it’s a political belief, perhaps they need to find other work,” she said. “Perhaps this is going to weed out folks who don’t believe in the science.”

“While recognizing the need for medical and religious exemptions, we believe vaccinations are key for both student and educator safety, keeping our schools open for in-person instruction and for combating this pandemic,” Boyd said.

CTA Spokesperson Lisa Gardiner declined to comment on whether the union would support the elimination of the personal belief exemption if legislators were to propose a bill.

McFadden expects most of his employees, even those opposing the mandate, will eventually get their vaccines so they can keep their jobs. He said when the governor issued a previous mandate requiring teachers to be vaccinated or undergo regular testing, many teachers complained, but most came around.

“They said, ‘I don’t want to do this,’ but then they realized they have to pay the rent,” he said. “I might have 5 or 10 that don’t get vaccinated, and they’ll leave.”

(This story by Joe Hong story first appeared on CalMatters and is made available as part of the CalMatters Network.)

Next
A Day to Honor State’s Farmworkers