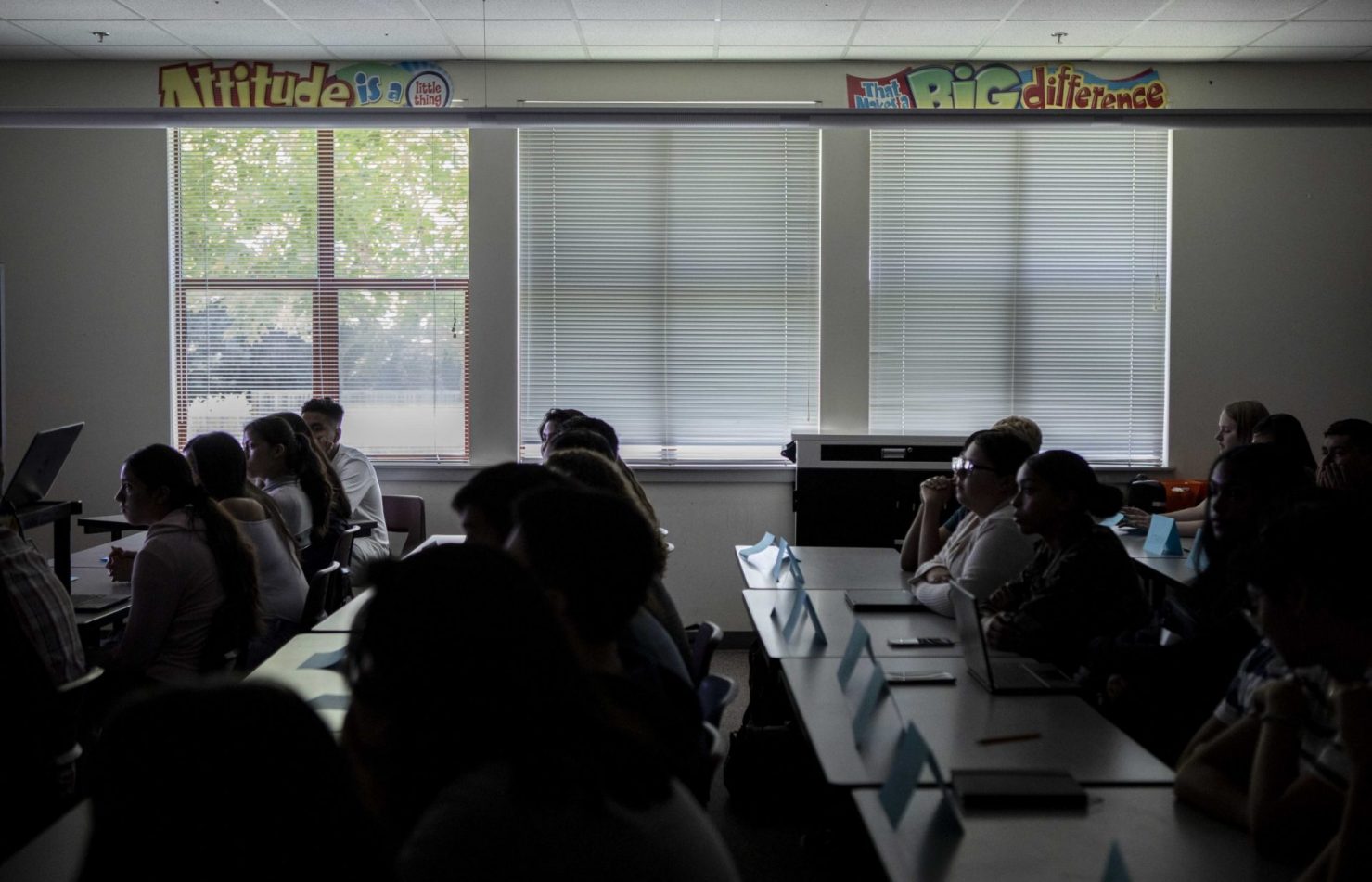 Students at Piner High School in Santa Rosa listen to their instructor on the first day of AP European History on August 14, 2019. Photo by Anne Wernikoff for CalMatters
Home
California
In California

Experts and educators expect long-term benefits for students, but some groups remain critical of the mandate as they continue to erroneously conflate the curriculum with critical race theory.

After a years-long battle reignited in recent months by controversies over misunderstandings of critical race theory, California students will soon be required to take ethnic studies to graduate high school.

Gov. Gavin Newsom signed AB 101 into law on Friday afternoon, requiring California high school students to take ethnic studies to graduate, starting with the class of 2030. Educators and recent studies attest to the benefits of students learning the histories and cultures of marginalized communities, but a few parents still worry the requirement could create more tensions between students.

“The inclusion of ethnic studies in the high school curriculum is long overdue,”said Assemblymember Jose Medina, a Democrat from Riverside who authored AB 101. “Students cannot have a full understanding of the history of our state and nation without the inclusion of the contributions and struggles of Native Americans, African Americans, Latinos, and Asian Americans.”

Last year, Newsom vetoed a similar bill, also authored by Medina, citing the need for revision in the model curriculum.

The previous versions of the curriculum were widely criticized for being anti-semitic, too politically correct and filled with jargon. It used terms like “cisheteropatriarchy” and “hxrstory,” while describing capitalism as a system that exploits native people and other communities of color.

But the newest version of the model curriculum, approved by the State Board of Education in March, has garnered support from some of those who opposed the initial drafts. Democratic Sen. Scott Wiener of San Francisco, the vice-chair of the Legislative Jewish Caucus, was one of the legislators won over by the changes.

“The curriculum would not be teaching anti-semitism or any form of hate,” he said before the Senate’s floor vote on Sept. 9. “The final adopted version was a dramatic improvement and something that we have all rallied around and defended.”

The latest version of the curriculum contains more neutral descriptions of capitalism, and addressed various concerns from the Jewish Caucus.

Those in power have always had an advantage over those who don’t have power. That’s the bottom line.”

Specific lessons include “Migration Stories and Oral History,” “#BlackLivesMatter and Social Change,” “Afrofuturism: Reimagining Black Futures and Science Fiction,” “US Undocumented Immigrants from Mexico and Beyond,” “The Immigration Experience of Lao Americans” and “This is Indian Land: The Purpose, Politics, and Practice of Land Acknowledgment.”

So far, San Francisco, Fresno and San Diego Unified school districts already require their students to take ethnic studies to graduate. Fresno Unified started offering the class six years ago and will make it a graduation requirement for the graduating class of 2026.

“I think a lot of what we’re getting is they really love being able to have a class like this for the first time in their school careers where their class content is matching their own upbringing,” said Carlos Castillo, who oversees curriculum and instruction at the district. “It’s nice to hear that, but it’s also heartbreaking to hear that from students in 11th grade.”

Castillo said he hasn’t heard much criticism about the district teaching ethnic studies, but he’s sure the critics are out there. He said he’s confident that in the long term, the course will help students build empathy toward their peers while understanding how those in power have marginalized other groups.

“I think there will be more understanding,” he said. “Those in power have always had an advantage over those who don’t have power. That’s the bottom line.”

The editorial board at the Los Angeles Times opposed the bill because it provides too much flexibility for local districts to design their own curricula that could deviate from the state’s own model curriculum. Thousands from California’s Jewish community signed a petition opposing the bill because it would allow districts to use a previous draft of the model curriculum that has been criticized for containing anti-Semitic content.

Victoria Samper, a parent volunteer for Latinx for Quality Education, said she and her organization opposed the requirement because, she said, these conversations about oppression cultivates a “victim mentality” for students. Samper said ethnic studies should focus primarily on the historical figures who overcame adversity.

“There are lots of people, important historical figures who are positive role models,” she said. “You have a lot of musicians and athletes who are good role models. Teaching students that they are oppressed is not the way to go.”

But the model curriculum both highlights achievements and teaches the often violent histories of marginalized and oppressed communities.

A recent study found that teaching ethnic studies has had widespread benefits for students at San Francisco Unified. Researchers found that GPAs increased among students enrolled in ethnic studies. Students’ attendance improved as well. Students with GPAs near 2.o saw some of the greatest benefits, increasing their chances of graduating high school.

“Being a high school graduate has so many long-term economic benefits: more civic engagement, better health outcomes, less criminal activity,” said Thomas Dee, an education professor at Stanford University and one of the authors of the study. “It’s an engine for positive social outcomes.”

Dee said this study was “the most surprising of my entire career.” He said he expected little to no measurable outcomes for students. But he warned that school leaders must train their teachers before they’re required to teach ethnic studies so their students can get the most out of the course.

“I think it’s important for districts to use the time AB 101 provides to step back from the controversy over the model curriculum and properly prepare their teachers,” Dee said.  “Imagine taking an unprepared teacher into the classroom. It can go sideways.”

(This story by Joe Hong first appeared on CalMatters and made available as part of the CalMatters Network.)