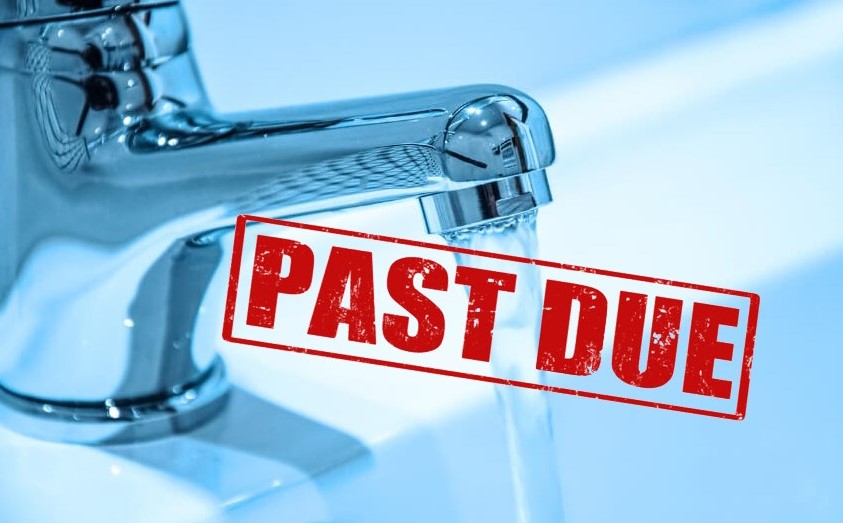 Imperial to Start Turning Off Tap for Residents 60 Days Due

CITY COUNCIL: More Than 160 Customers Affected; 800 Are 30 Days Behind on Utility Bills

IMPERIAL — Come Wednesday, Oct. 13, utility services for Imperial residents more than 60 days past due will start to be cut off, but the city will continue to offer public assistance services to help those who are behind in their bills, it was announced at the City Council meeting this week.

Some 164 utility customers (water, sewer, and trash) are past due 60 days or more and will be affected this upcoming date, and more than 800 customers are 30 days past due, Imperial Administrative Services Director Laura Gutierrez informed the City Council during its meeting on Wednesday, Oct. 6, in her departmental report.

Even if a resident does not qualify or thinks they do not, Gutierrez encouraged anyone struggling to pay their utility bill to reach out the city manager’s office, which is administering the city’s Public Assistance Program, to discuss payment plan options or to help find other assistance programs run by other organizations.

“We don’t know their situation unless they tell us,” Gutierrez said.

Imperial’s Public Assistance Program helps participants pay up to six consecutive months on delinquent utility bills, the earliest starting in March 2020. Participants must be residents of Imperial with a maximum household income of $63,650 for families of three persons or fewer, or $77,750 for families of four or more.

For more information, you can visit the city’s website at https://www.cityofimperial.org/publicassistance.

Nearly $175,000 in expenditures were unanimously approved by the City Council tied to planning for public services improvements, the largest expense being engineering services with Webb and Associates Inc. to design a maintenance building at the cost of $113,884.

The new building would serve as a storage facility for the Public Services Department, which currently stores its equipment and supplies under a shaded structure at the water treatment plant, but even that space will soon no longer be available.

“Right now, we have a temporary one, or a shade over at the water treatment facility. But we are getting ready to do a new pump system, and it will be sitting in that facility or area,” said Edgar Self, Imperial public services manager.

Along with designing the building, Webb and Associates will be making a plan to improve the city’s supervisory control and data acquisition (SCADA) system. SCADA is a control system that allows users to interface with machines and the devices associated with them, like sensors or controllers.

The goal of this project is to improve the functionality and water pressure in the city’s system, and to reduce the number of manual adjustments needed, instead allowing the system to be controlled from a remote location.

The council approved $39,164 in expenditures to planning the SCADA system upgrades to improve water pressure.

Last, the council approved the planning of the recoating of a potable water tank at Imperial’s Public Service Department’s shop in the amount of $20,743.

The tank has begun to show visible corrosion. Webb and Associates will determine what needs to be repaired and assess the cost of those repairs, and assist in receiving bids to have the repairs made.

The Future of Virtual Public Meetings

The council voted 4-1 to approve a resolution to continue its present course with virtual meetings, which was extended by the adoption of Assembly Bill 361.

AB 361 grants the council the continued allowance to teleconference public meetings without requiring it to open the space to the public.

Traditionally under the Brown Act, California’s open meeting law, when a city council member had to teleconference into a public meeting, they were required to open the space to the public, but during the pandemic Executive Order N-29-20 made it much easier to hold virtual public meetings. AB 361 will continue this ease, as long as there is a declared state of emergency, as there is with the pandemic.

“The long and short of it is, if you wanna continue to allow your participation via teleconference in a more convenient way than would otherwise be required, then the recommendation is to adopt this resolution,” Imperial City Manager Dennis Morita said during the meeting.

The one dissenting vote came from Imperial Mayor Pro Tem Geoff Dale. “I voted no. It’s time to get back to work. I am done with this crap. Sorry, it’s a no vote. Move on.”

Trustees for the Library Board Sought

An extension to the application period to the Imperial Public Library Board of Trustees has been extended for lack of interest.

Although the council approved adopting the bylaws of the library board, city officials also encouraged members of the community to apply to the board.

“Unfortunately, we have not received enough applications to fill all five seats, so I am extending that deadline, and encouraging anyone who is listening, a resident of Imperial, and registered to vote, to look into that application that is listed on our website,” Assistant City Manager Alexis Brown said during the meeting.

No specific date was assigned to the extension.

The Imperial council accepted the completion of earthwork improvements and approved a memorandum of understanding with the El Centro Elementary School District over the Victoria Ranch Subdivision school project.

The city authorized a partial reconveyance of the deed of land to the developer, Imperial Ranch Partners LLC., so they can begin the next step in construction of the development of the El Centro Elementary school.

The council also voted to accept the final map for the Victoria Ranch subdivision for unit 3-D, which sits between Damian Street and Laurel Street, which will be east of the school site.

Although the subdivision is part of the city, the school district boundaries are El Centro’s. The new school is planned for the corner of De Paoli Street and Hazel Avenue.