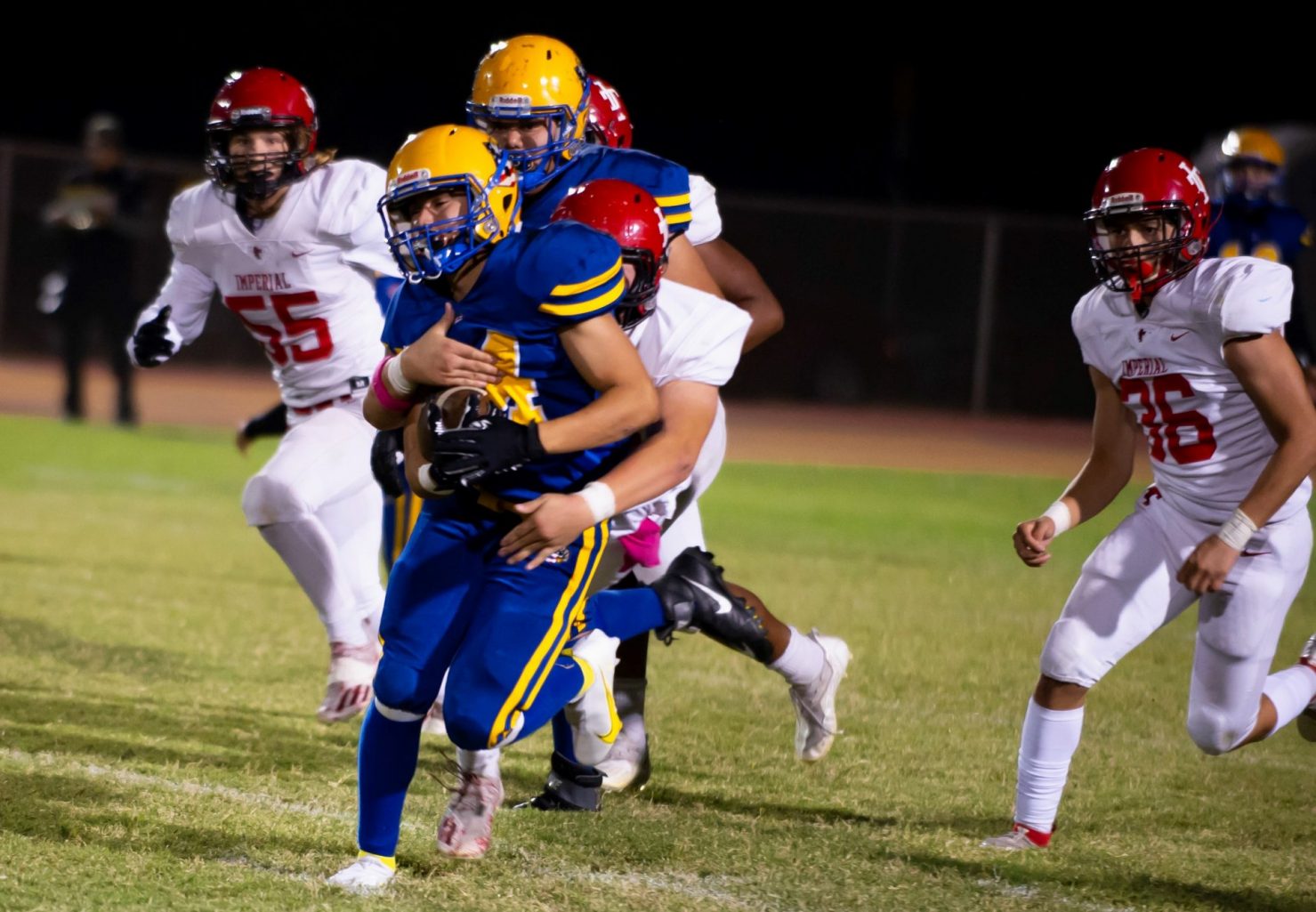 Brawley Gets its Sixth Straight Win, While Spartans Show Texas How its Done

Young’s second touchdown came with about three minutes to go in the game to give the Wildcats (6-2 overall, 2-0 in IVL) the two-score advantage. Junior quarterback Ethan Gutierrez had a 55-yard rushing touchdown and Gilbert Corrales rattled off a 72-yard scoring run to help Brawley.

Imperial (4-3 overall, 0-1 in IVL) took a quick 6-0 lead when Jeremiah Naylor scored from seven yards out. The Tigers held that lead at the end of the first quarter, but trailed 14-9 at halftime.

Next up for Imperial is a trip to Cal Jones Field in El Centro to take on Central Union High at 7 p.m. on Friday, Oct. 15. Meanwhile, Brawley has a short week as the Wildcats will host Calexico at 7 p.m. on Thursday, Oct. 14, in an IVL matchup at Warne Field in Brawley.

Central Gets Past Texas Visitors, 36-28

EL CENTRO – Central Union High used a 23-point second quarter to get the lead against Del Valle High of El Paso, Texas, and never relinquished it, winning 36-28 in a nonleague matchup at Cal Jones Field here on Friday, Oct. 8.

Trailing 7-0 early in the second quarter, Central’s junior quarterback Damian Rodriguez hit Sergio Garcia on a 10-yard pass play to tie the game at 7-7. Two more Rodriguez touchdown passes put the Spartans (3-4 overall, 2-0 in IVL) up 23-14 at the half.

Another Rodriguez-to-Garcia touchdown pass in the fourth quarter and a Elijah Perez interception return for a touchdown put the game away for Central.

The Spartans will host Imperial in an IVL matchup at 7 p.m. on Friday, Oct. 15, at Cal Jones Field in El Centro.