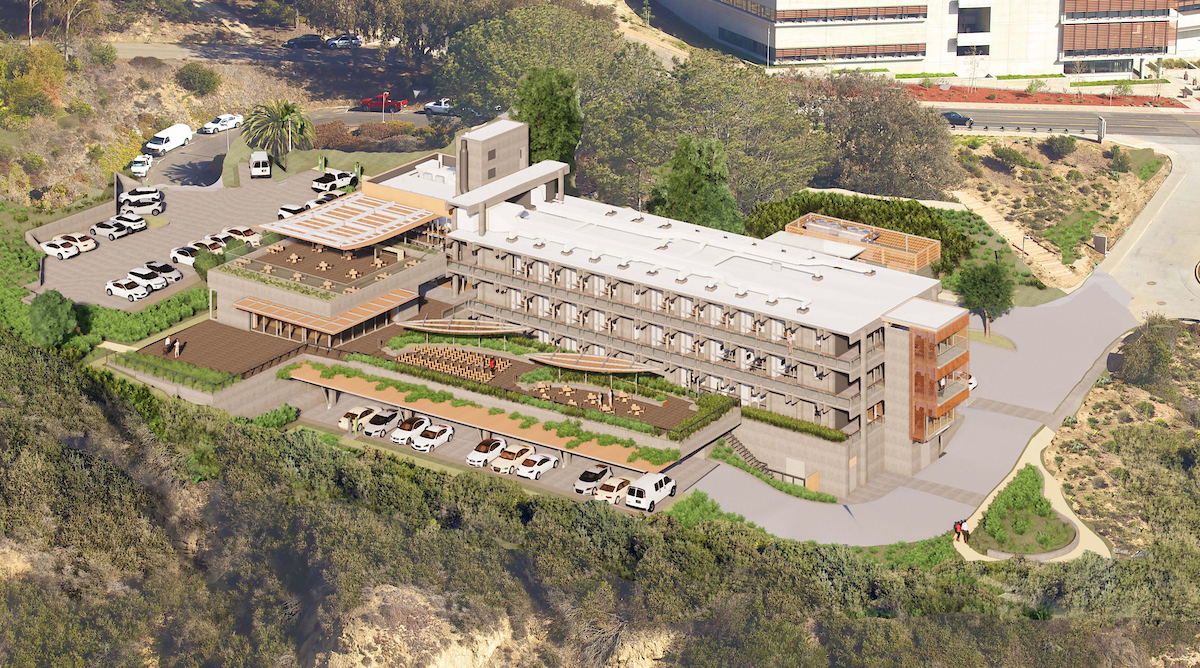 A rendering of the Marine Conservation and Technology Facility on the Scripps Oceanography campus. Rendering courtesy Safdie Rabines Architects.
Home
California
In California

University of California, San Diego announced the gift of $6 million from members of the Scripps family to support a new facility dedicated to research, discovery and education in the field of marine biodiversity and conservation at Scripps Institution of Oceanography.

The gift was made to honor their parents by Bill and Kathy Scripps, Ed and Christy Scripps, and an anonymous member of the Scripps family.

“As climate change firmly takes hold and alters the ocean environment, it is more important than ever to understand the challenges our oceans face and what we can do to preserve them,” said Ed Scripps. “This center is fundamental in that process.”

This new building will house the Center for Marine Biodiversity and Conservation, which is dedicated to an interdisciplinary approach in the education of future leaders in marine stewardship, and in the application of research focused on the preservation of marine species and ecosystems.

“The Scripps family shares UC San Diego’s commitment to understanding and protecting our planet,” said Chancellor Pradeep K. Khosla. “Their longstanding vision to support global research and education concerning the effects of climate change on biodiversity aligns perfectly with the innovative work that will take place in this new facility.”

The building, designed by Safdie Rabines Architects, will serve as the northern gateway to Scripps Oceanography’s campus. Teaching spaces at the 24,269-square-foot building will include a 100-seat lecture hall, two class laboratories for teaching with live organism study and marine chemistry, and conference rooms for seminars and collaborative meetings.

OPINION: Hispanics Among the Heroes in Kabul Show How Wrong the Nativists Are

An additional ten research laboratories will occupy the building, and a new visualization center will allow integration and presentation of data sources.

The basement will be almost entirely devoted to a saltwater research aquarium that will have seawater pumped from the Pacific Ocean through the Ellen Browning Scripps Memorial Pier seawater system. This aquarium will enable scientists to conduct research using organisms from multiple habitats and simulate future climate scenarios, train students on various research techniques, and test new technology to deploy in marine environments.

(This story by Chris Jennewein first appeared in Times of San Diego and was made available as part of the CalMatters Network.)

Previous
Community Fridges Not a Pandemic Fad. They’ve Become Entrenched in Neighborhoods As a Way to Fight Hunger.