Rainbows Break Out Over Imperial Valley 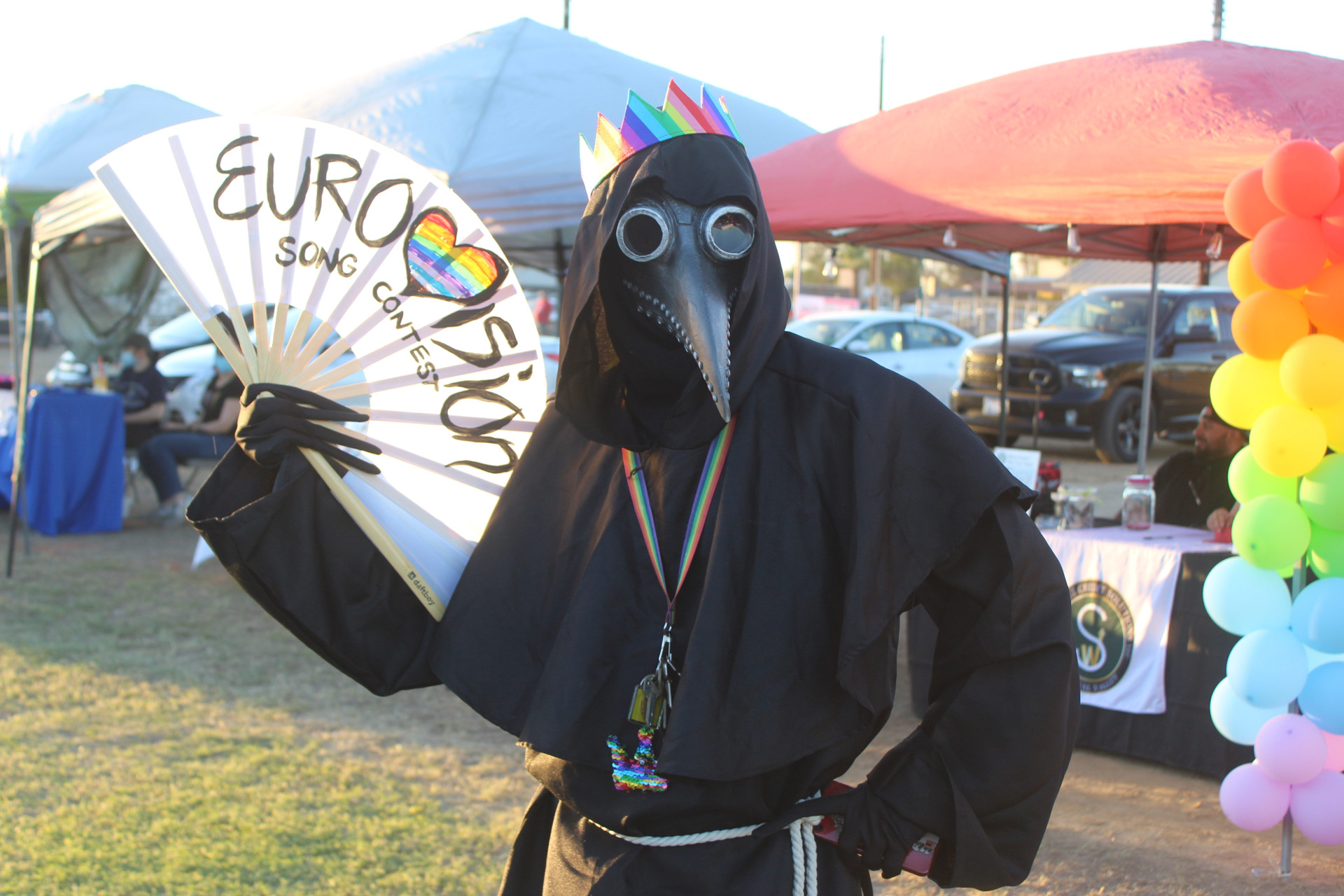 EL CENTRO — As Brenda Lopez looked out at what ended up being the best-attended Imperial Valley PRIDE event ever, she was filled with her own pride at the impact the festival and its organizers have had on the LGBTQ+ community at large.

“The center provides a lot of services,” Lopez said of the Imperial Valley LGBT Resource Center, which staged its sixth annual PRIDE event at Stark Field in El Centro on Saturday, Oct. 9. “Pride is essential for our underserved community.”

Lopez, who has been volunteering since the inaugural PRIDE event, was a volunteer stage coordinator on what was essentially the focal point of the evening as it gave a platform for bands, singers, drag performers, and others who helped connect the community under the ever-present rainbows of Pride.

While national Pride Month is celebrated in June, in Imperial County, it’s celebrated in October. Basically, Imperial Valley’s LGBTQ+ community gets the chance to celebrate twice.

For IV LGBT Resource Center founder and Executive Director Rosa Diaz, Saturday’s event is her baby, and she was overjoyed to see the turnout, from the public and the vendors and agencies who set up booths through Stark Field to sell their wares and provide much-needed information to attendees.

“My heart was warmed to see the list of participating agencies and vendors, as well as the list of volunteers. PRIDE is picking up momentum in Imperial Valley and every year it grows in participation,” Diaz said. “It was great to see people having fun, buying merchandise, and supporting our local food vendors.”

Like Diaz said, volunteers were an important part of the event, as they helped make the night go, running around in their light blue shirts between PRIDE’s nerve center in nearby Imperial Valley Regional Chamber of Commerce offices and Stark Field.

“It’s great to be a volunteer because I would usually just come to enjoy it, but now I didn’t just enjoy it but also I was a part of making it happen,” Irma Rangel of El Centro. “So, it made it even more important for me.”

That seemed to be the unifier for many of the volunteers — the importance of providing a safe space and inclusive environment for many who have struggled to feel open and out in their own community.

“I came to PRIDE as a volunteer; this is my first year actually being out (of the closet). I had a lot of fun. It was great interacting with people since COVID has had me trapped in the house for as long as I can remember,” Aylin Leon said. “So, I’m thankful for this because even the simple task of giving out tickets, it’s like giving out tickets to have a good time, so that feels good.”

Between the local vendors, the onstage talent, and a successful fundraising auction, there was a lot going on.

PRIDE kicked off at 5 p.m. with the Pledge of Allegiance and an energizing performance from Nate Caro and the IV LGBT Resource Center’s Flag team. After that, people begin to fill in the grassy area in front of the stage, where there was ample space needed for safe, socially distanced activities.

Volunteers Brenda Lopez’s brother, professional auctioneer Vincent “Vinny the Voice” Lopez, traveled from Phoenix to excite and entice members of the crowd into opening their pockets to make extremely generous donations. The energy filled the field even as the lights temporarily left the auctioneer to rely on the light of cell phone screens to continue the bidding.

Soon, the lights were back up and the fervor was so intense that one auction item went for $500. More than 25 items were donated by merchants and makers from all over the Imperial Valley.

Artists who participated in the center’s Talent Search were recognized on stage. People’s Choice winner Gregory Garcia and judges’ picks, Marco A. Lopez and Michael Godinez, performed to happy crowds of dancing people who cheered their favorites with zeal. Musical acts like Non Verbal Expression, Sweet Orange and Lock & Load encouraged the revelry. Local singer Maribel Puente brought the cumbia vibe that got the dancing started.

People draped in rainbow flags, with rainbow fans, and even rainbow-hued hair walked around with backpacks filled with swag from the various agencies who gave away items ranging from reusable grocery bags and water bottles to gift cards and plush toys.

“There is not really much happening in the Imperial Valley especially now with COVID. These PRIDE events get pretty big, and it was nice seeing local vendors and local food,” said Arianna Davila of El Centro

“My grandma, she was selling tamales, so we came to help her,” she said, laughing. Those tamales were quickly gone from the under the blue canopy where she served a consistent line of hungry food lovers until all she could see was the bottom of the pot.

Although the tamales were gone early, the options for delicious food were not. Mexicali-style hot dogs, ice cold fresh-squeezed lemonade, warm sweet kettle corn, raspados and more were there to satisfy any cravings until the end of the night around 11 p.m.

In the interest of disclosure, the writer of this piece — me, Clara Olivas — was a first-time volunteer at Imperial Valley PRIDE. I had committed to staying until the very end. It was 11:40 p.m., the last of the stage was being disassembled, when a passing volunteer, Aylin Leon, asked how I was doing. I gave the customary response, “Good. Tired but good.”

Near midnight, I finally got to sit down in my car and my feet felt like I spent six days at a Disney resort, but I was reeling with pure elation from having been a part of an event that brought so much joy and togetherness. I tried to imagine what next year’s PRIDE event would look like. I cannot wait to volunteer again.

Veteran volunteer Brenda Lopez summed up the experience earlier in the evening, when she recalled being a part of the commotion of the first PRIDE event in Imperial County in 2015, which took place in the parking lot of the LGBT Resource Center on Ross Avenue.

To put such an event together, “we need a lot of help,” Lopez said. “PRIDE is a lot of work, and we need all the help we can get.” 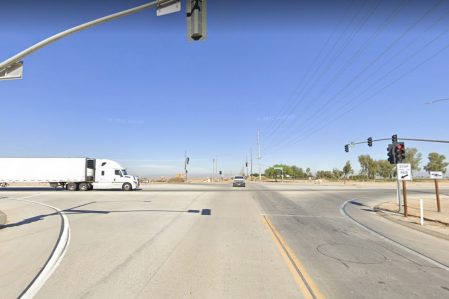 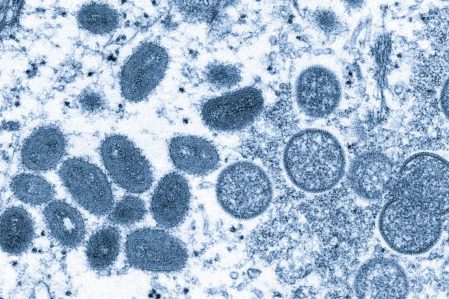 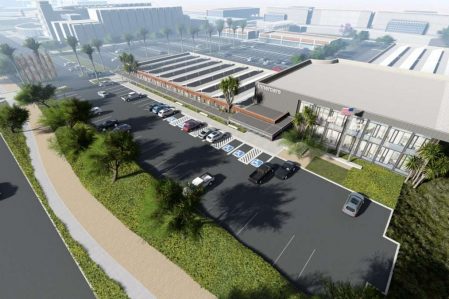 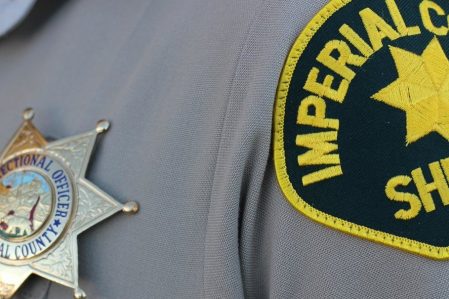