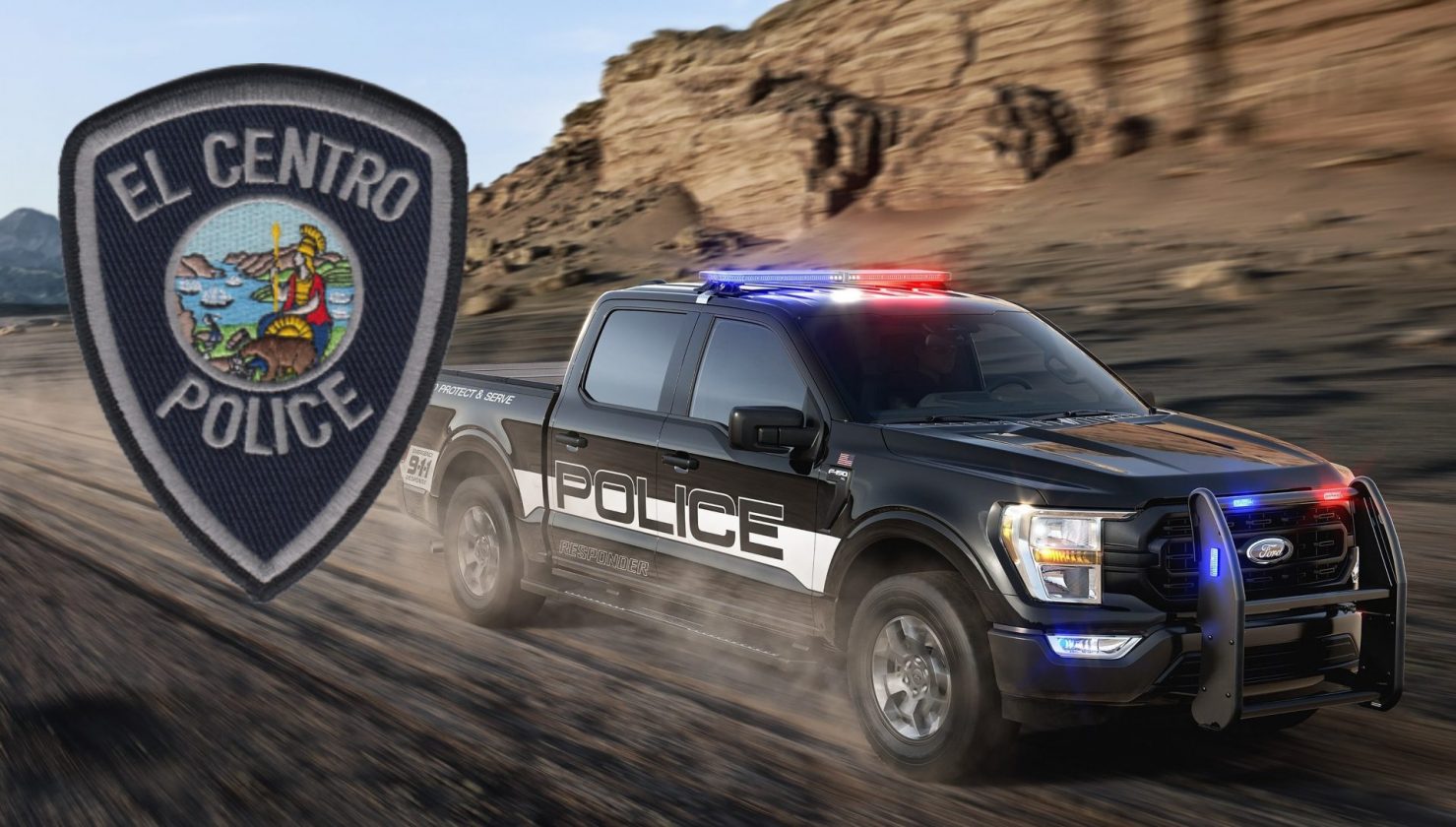 EL CENTRO — Like their neighboring public safety agencies to the south, El Centro police and fire departments will be the first beneficiaries of their city’s allocation of American Rescue Plan Act funds.

After recently having approved the recommended allocation of most of the city’s $14.1 million ARPA award, the El Centro City Council is now authorizing the use of those monies. The first major expenditure entails El Centro Police Department’s acquisition of three new patrol vehicles for about $158,000 in ARPA funds.

The expenditure was unanimously approved by the City Council during its last meeting, about a month after the council initially approved a relatively lengthy list of recommended uses for the ARPA funds.

The Calexico police and fire departments were approved to acquire $1.2 million worth of new public safety vehicles to replace their aging fleets during the Oct. 6 Calexico City Council meeting.

Following his own council’s decision to move forward with the new purchases, El Centro Police Chief Brian Johnson said he considers the department lucky to secure its new vehicles due to how the ongoing COVID-19 pandemic has caused delays in the acquisition of finished goods and materials.

The three new vehicles are expected to arrive in early 2022 and represent the first of their kind for the department, Deputy Chief Robert Sawyer said on Monday, Oct. 11.

The approved expenditure is the first of the city’s planned $13.1 million use of ARPA funds. Of the $14.1 million it was allocated by the federal government, it has received an initial disbursement of about half, with the second half expected in May 2022. About $968,000 of the city’s ARPA funds remains to be allocated.

The American Rescue Plan Act funds are distributed nationwide by the U.S. Treasury Department for the specific purpose of helping cities mitigate the negative impacts of the pandemic. The funds can be used for public health and safety initiatives, personnel and administrative costs, to offset revenue losses as well as infrastructure upgrades.

The planned $158,000 purchase of the three new patrol vehicles qualified as a public health emergency response expenditure under ARPA guidelines. A total of about $1.1 million of the city’s ARPA funds have been allocated for emergency response services.

About $677,000 of the $1.1 million will be used to purchase the new police vehicles, as well as nine mobile computers for its patrol cars and an encrypted radio system. Another $109,000 was previously allocated for radio equipment and extraction tools for the El Centro Fire Department, as well as $342,000 for contracted professional sanitation services.

The Fire Department also stands to acquire two new fire engines and software programs for its Emergency Operations Center, for an estimated $1.5 million.

That planned expenditure is among the $4.3 million that has been allocated for the modernization of the city’s critical infrastructure.

Additional infrastructure modernization plans call for spending about $692,000 for 60 cameras to enhance the city’s license palate reader program, install 10 cameras in the downtown area and repair the Police Department’s SWAT vehicle, according to a presentation City Manager Piedra shared with the council on Sept. 7.

To strengthen the city’s cybersecurity software and hardware, and install keyless entry systems throughout the city’s buildings, about $329,000 in ARPA funds have been allocated. Some $1.4 million has been earmarked for added signage and the modification of city buildings’ doors and doorways.

The city’s public communications efforts are in line to be enhanced with an approved $57,000 allocation, while an approved $275,000 allocation is expected to go toward a 60-inch turf renovator, a tractor loader scraper and a 2021 Peterbilt two-axle vehicle to help maintain the city’s parks and facilities.

Lastly, the city’s approved list of ARPA-funded projects include the proposed use of $7.7 million for water and wastewater infrastructure upgrades.

Of that amount, about $5 million is earmarked for the construction of a southern pump station to better serve development south of Interstate 8, and which would also help increase the wastewater departments’ operational savings and mitigate against future rate adjustments, City Manager Piedra previously told the council.

“One of the great things about what we are proposing is that it is helping us immediately address impacts to the community, but also giving us the ability to recover from this COVID-19 pandemic by investing in infrastructure that is definitely going to help us grow and develop,” Piedra told the council during its Sept. 7 meeting.

During its Oct. 5 meeting, the City Council also authorized the acceptance of a $50,000 grant award that will help fund the Police Department’s traffic enforcement efforts.

The grant from the state’s Office of Traffic Safety’s Selective Traffic Enforcement Program will be used to establish checkpoints to enforce driving under the influence laws, DUI saturation patrols and educational outreach efforts, according to the resolution.

Dogwood to Get a Bone with Project Approval

Street improvements are coming to a section of Dogwood Avenue between Commercial and Villa avenues with the council’s approval of a $903,000 bid from El Centro-based Rove Engineering for the project.

The project is being funded by about $340,000 in Senate Bill 1 funds, as well as some $650,000 in Local Transportation Authority Measure D funds, according to the resolution’s backup documents. The intersection of Dogwood and Commercial will be realigned and have a left-turn lane added onto northbound Dogwood to turn onto Commercial.

“It will simplify northbound movement as well as allow truck to make that left turn,” Public Works Director Abraham Campos told the council on Oct. 5.

On Oct. 5, the council also unanimously approved Mayor Cheryl-Walker’s recommendation to have an additional community member serve on the El Centro Regional Medical Center board. The council’s vote came without any of the debate that had surrounded her previous recommendation.

Dr. Seung S. Gwon, who is a surgeon employed at ECRMC and its past chief of surgery and chief of medical staff, will occupy the board seat that the council recently created to have an additional member of the community serve on the nine-member board.

Viegas-Walker’s previous recommendation to have former El Centro mayor and ex-ECRMC board member Efrain Silva appointed to the board had run into opposition from her colleagues on the dais, prompting her to select a second candidate from among a list of 12.