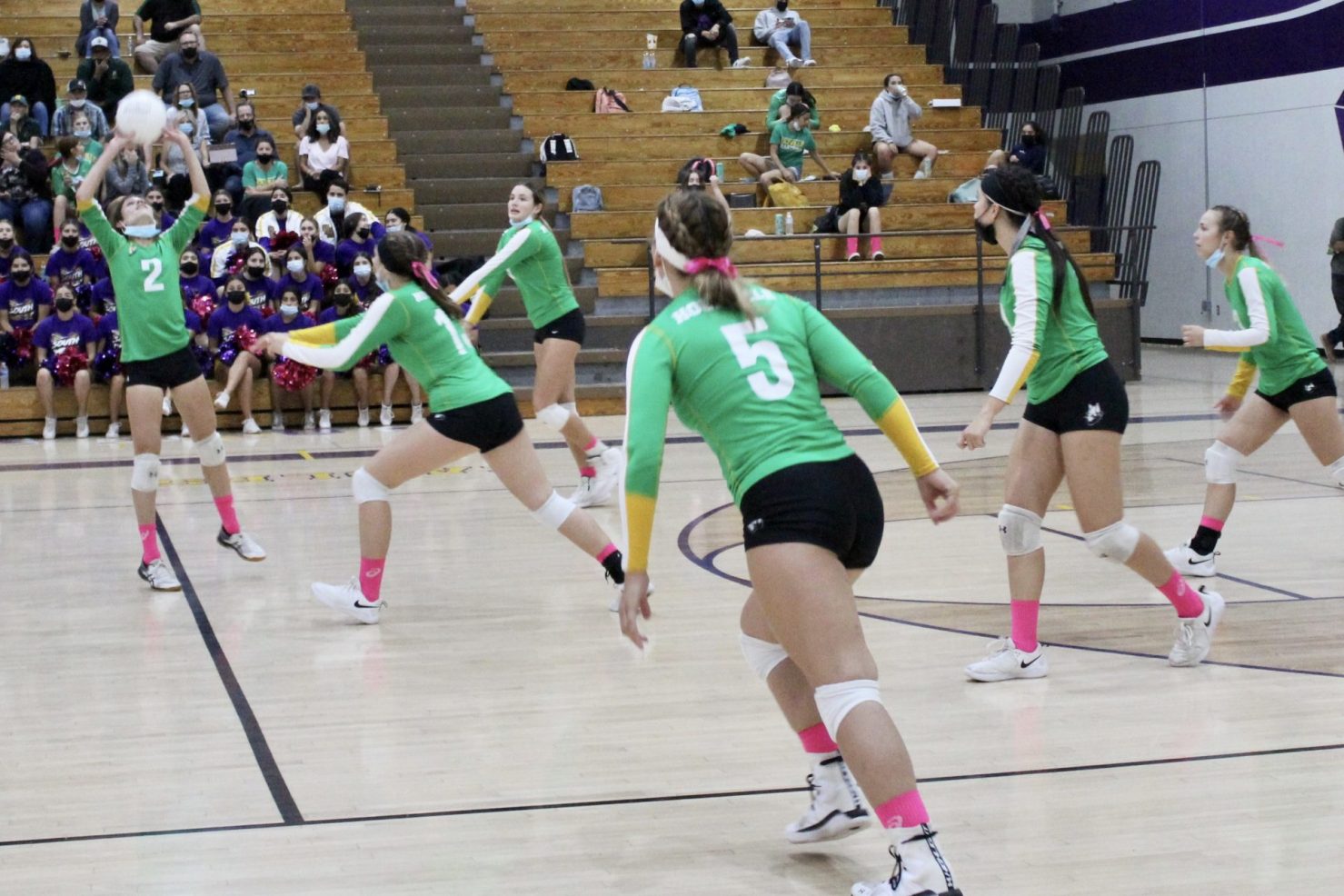 HOLTVILLE — With two weeks left in the regular season, Holtville High School’s volleyball team sits on top of the Imperial Valley League with a perfect 5-0 record after sweeps over Southwest and Imperial.

The Vikings (22-5 overall, 5-0 in IVL) have a one-game lead over Calexico (3-1 in IVL) and two game lead over Brawley Union (2-2 in IVL) in the league standings with three IVL games remaining.

“As a team we are rising and getting better day-by-day and continuing to improve at just the right time,” said Chelsey Strahm, Holtville’s fifth-year head coach. “We want to be playing our best volleyball as playoffs get closer.”

Lilly Strahm had 15 assists as the Vikings’ setter and Irungaray added nine.

Offensively, it was Garewal again leading the way with 13 kills, followed by Anderson with five and Walker with four. In the back row, Anderson led with 14 digs, followed by sophomore Brooke Strahm with eight and Garewal with six.

Irungaray was back in her starting setter position and delivered 22 assists against the Tigers.

Up next for the Vikings is a road trip to Calexico on Thursday, Oct. 14, for a key IVL matchup against the Bulldogs. Game time is 4 p.m.

Following that Holtville will make the trek to Chula Vista for a nonleague matchup against High Tech Chula Vista at 4 p.m. on Tuesday, Oct. 19. The game is a rematch of the 2019 CIF-San Diego Section Division IV championship game that saw the Vikings win in five sets.

“Both teams had a bye on the same day and we were able to fill the schedule with them,” Strahm said about the rematch with the Bruins. “They have a lot of players back from that championship match and it’ll be good for us to have to raise our intensity level for a game like that before the playoffs get started.”