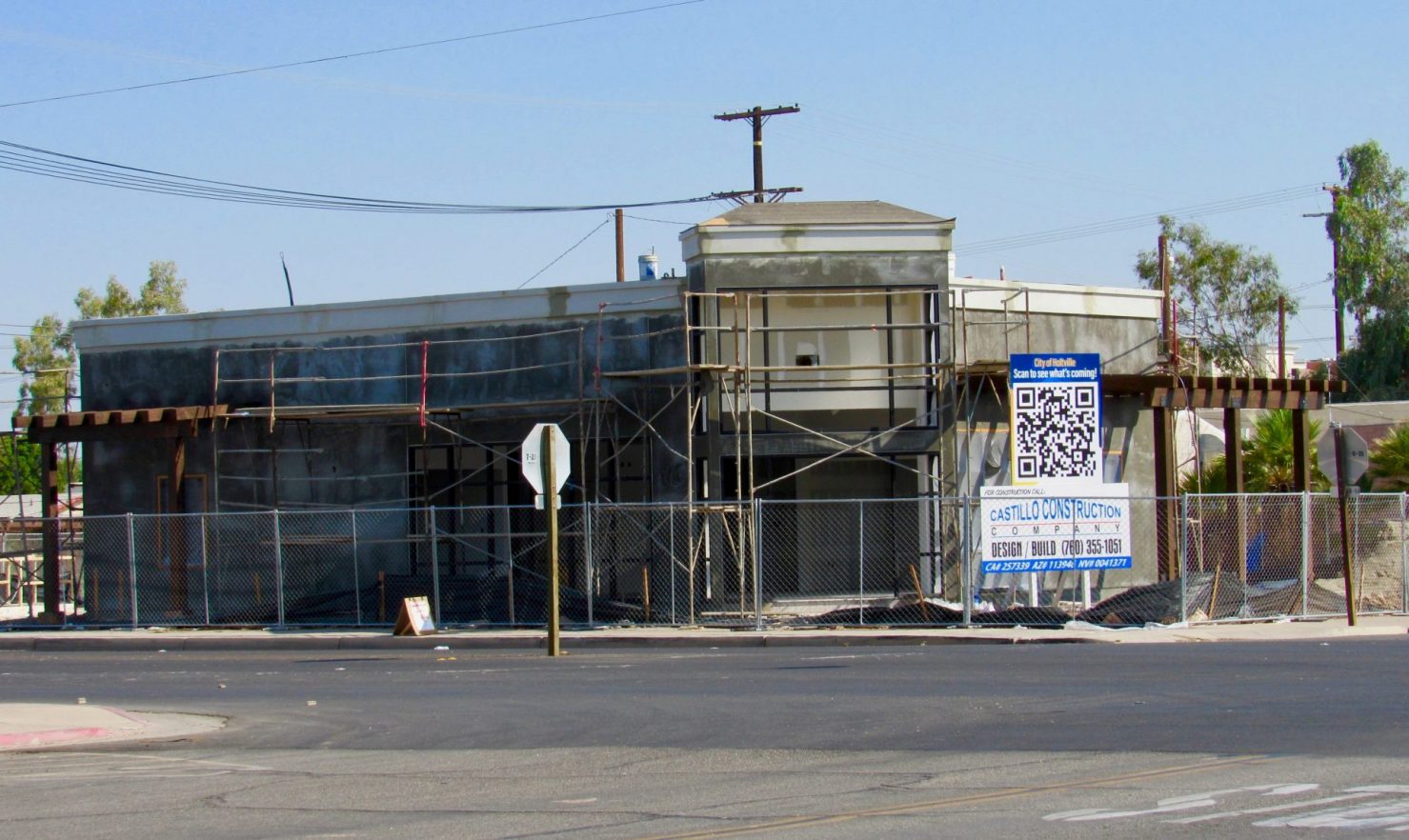 Sun Community Federal Credit Union's new building is shown during one stage of construction on Sept. 7. The project is to go back to the Planning Commission on Monday, Oct. 18, over issues with traffic. | MARCIE LANDEROS PHOTO
Home
Featured Stories
In Featured StoriesLocal News

HOLTVILLE — While construction of the new Sun Community Federal Credit Union is nearing completion, no date has been set for the opening of the new branch at the southeast corner of Holt Avenue and Fifth Street.

Sun Community has requested a review of the requirement for bollards on Holt Avenue, and the review is scheduled for a Planning Commission public hearing on Monday, Oct. 18, according to Holtville City Manager Nick Well’s report to the City Council.

During the review, the Planning Commission will look at the anticipated traffic created by the new branch and try to find the best solution to mitigate those concerns.

This was among several issues updated or dealt with at the most recent Holtville City Council meeting on Monday, Oct. 11.

Repairs to the Holtville water treatment plant’s 1.5-million-gallon tank are almost complete, and it will be resealed and tested in the coming weeks.

When that tank is fully back in service, the city will begin with the larger, 2.4-million-gallon tank, which will be drained, sandblasted and recoated.

RSH Construction began work on the water treatment plant’s $3.3 million rehab project in June, and the smaller 1.5-million-gallon tank was drained, recoated, and had baffle curtains installed, which force water through the tank along a predetermined path so there is more contact time with disinfecting chlorine, according to the report.

Rove Engineering expects to begin work on the Cedar Avenue Sidewalk Improvement Project in mid-October. Before Rove Engineering can start, a required permit is needed from the state Department of Transportation for the Fifth Street ramp for the disabled and Rove is waiting to receive it.

There was an area of contaminated soil that was discovered, which was not unexpected, according to the Wells’ report, due to the proximity to the railroad tracks through the area and remediation is required prior to the start of construction.

The city will be refurbishing the Gene Layton Pool, which has been in use for more than 60 years. Holtville applied for funding under the state’s Proposition 65 Parks Bond Per Capita program for the necessary refurbishment and upgrades.

The city received requests from residents to expand the size of the pool, as it was believed that the pool was too small for high school competition. However, according to the City Manager’s report, further investigation revealed that it is a bit larger than the standard pool size for a competition, so it will remain the same size.

The city also received funding from the IID to assist in the project, so the scope of the work is being revised to meet their needs as well.