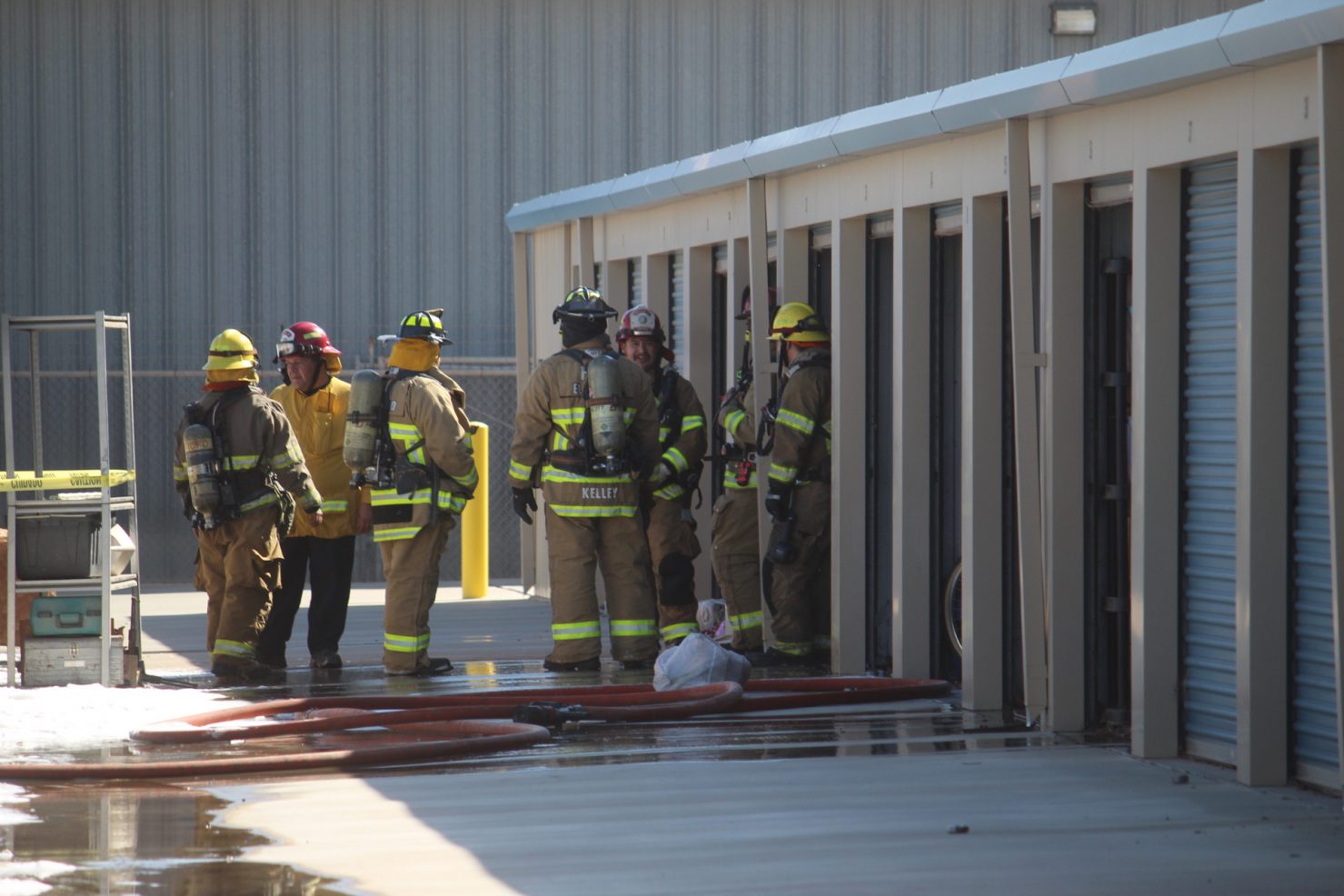 Workers at Storage Depot at 622 E. Fifth St. reported smoke coming from a row of units around 9:20 a.m., and when fire crews arrived, about eight units were emanating smoke, Silva said.

A second and third alarm was sounded due to the wind and the proximity of the storage facilities to Blossom Valley Inn at 708 E. Fifth St., to the immediate east.

“We don’t know yet (what caused the fire). It’s still determined. There was a fire in one of the storage containers, and then spread to another one,” Silva said.

“My concern was the smoke going towards the Blossom Valley Inn, but the guys did a fantastic job knocking it down and keeping it contained to minimize damage,” he added.

Firefighters encountered two units fully involved with flame. Silva said crews quickly knocked out the fire and keep the smoke to spreading to the nursing home.

A total of about 35 fire personnel were at the scene, with units from El Centro, Brawley, Imperial County and Naval Air Facility fire departments assisting.

Silva said it’s hard to assess the extent of the damages, but the contents of two storage units were burned and other units sustained smoke damage.

Units were cleared from the site around 11:30 a.m.

Although the fire is still under investigation, it does not appear to be suspicious in origin. Silva said its not uncommon during a change of weather for humidity levels inside a unit to be perfect conditions for spontaneous combustion. He thinks that is what occurred in this case.

Next
Lowriders Get High Praise at Super Show