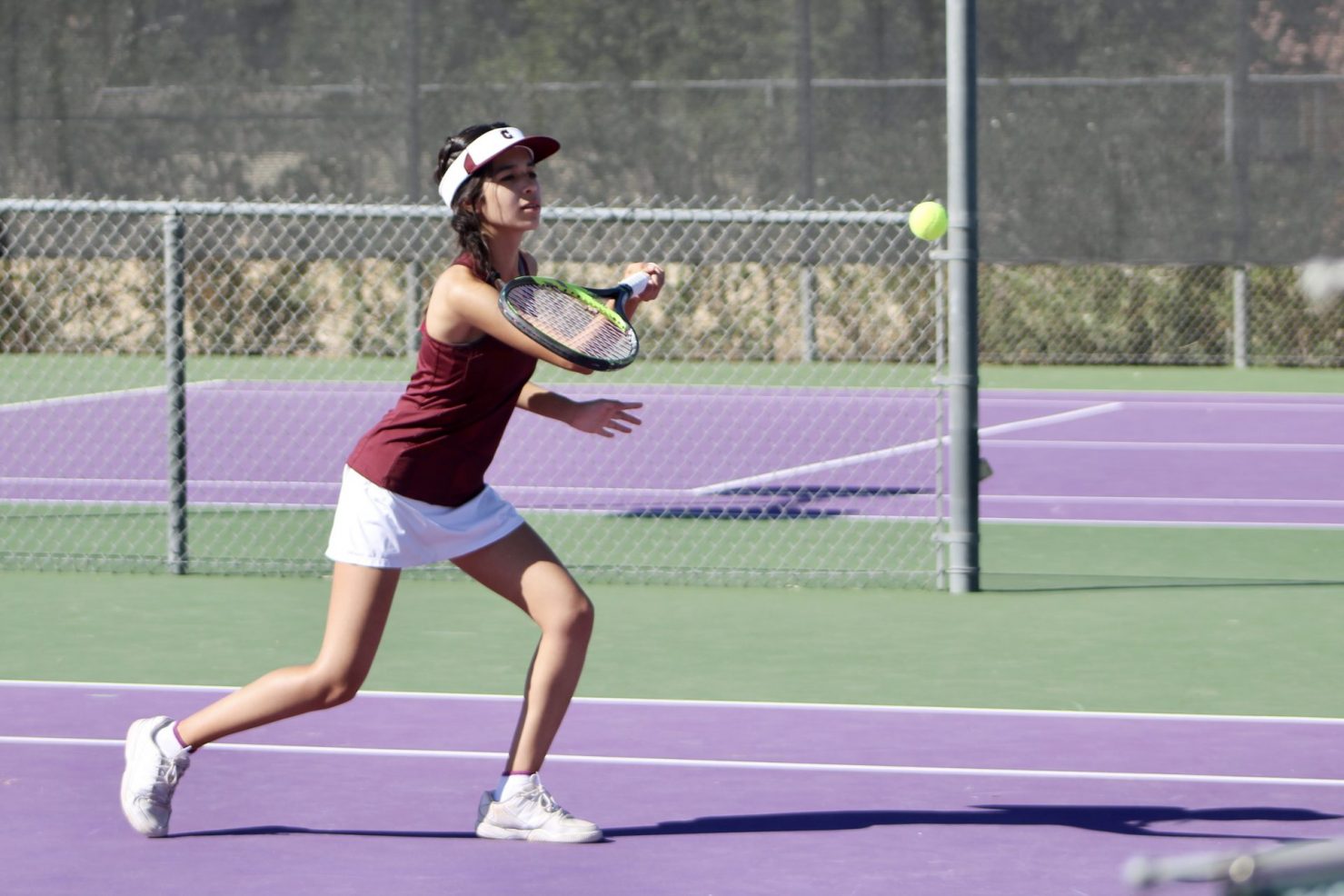 The Scots swept through the IVL tournament at Southwest High here on Wednesday, Oct. 20, claiming the top three singles positions and the top two doubles teams. For that effort, Vincent Memorial will host Pacific Ridge of Carlsbad at Southwest High School in El Centro at 2:30 p.m. on Tuesday, Oct. 26, in the opening round of the Division I playoffs.

“We are a young team and we have never played in Division I before,” said Jesus Gonzalez, Vincent Memorial’s head coach and athletic director. “We have the experience from last year’s coed team but we added depth with four freshmen to our doubles lineup.”

The Scots won the CIF-San Diego Section Division II coed team tennis championship back in May, the first-ever coed competition, but now the sport has returned to traditional play with girls in the fall and boys in the spring.

Vincent Memorial juniors Leticia Bazua and Deborah Duarte met in the IVL championship with Bazua pulling out the victory, 6-1, 6-2. Both were part of the coed championship team back in May.

Scots’ sophomore Catalina Uribe made it a clean sweep, taking third place with a victory over Calexico junior Samantha Alvarez.

Southwest High sophomore Christine Murphy earned a trip to the CIF-SDS individual championships with her fifth-place finish at the IVL finals.

On the doubles side, it was an all-Vincent Memorial final as well, with freshman Greta Godino and sophomore Valentina Falla teaming up to defeat juniors Romina Trejo and Yvonne Villalobos, 6-1, 6-2.

FOOTBALL: Lack of Officials Results in 2 Days of Games

The Scots’ Bazua was named the Player of the Year in the IVL for her efforts and her coach, Jesus Gonzalez, earned Coach of the Year recognition.

Calexico earned a spot in the CIF-SDS Division III playoffs, getting the 13th seed, and will travel to La Mesa to take on Helix High at 2:30 p.m. on Tuesday, Oct. 26. Southwest will also be in action at 2:30 p.m. on Tuesday, Oct. 26, when the 16th-seeded Eagles travel to Spring Valley to take on top-seeded Steele Canyon in the CIF-SDS Division II playoffs.