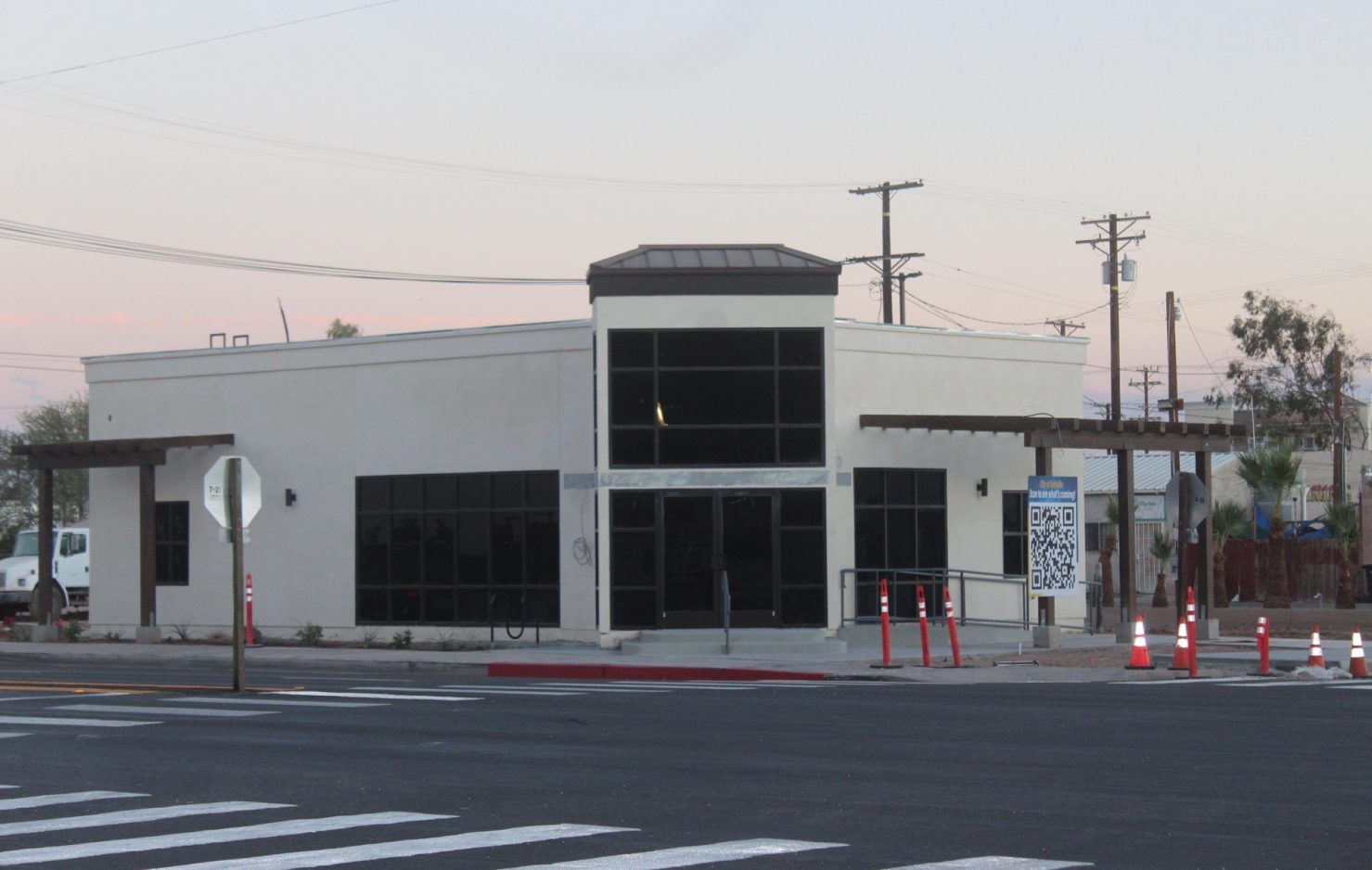 Branch Expansion Will Be Required to Install Bollards Despite Protest

“I would like to maybe propose that we open the branch and see how the traffic flow is, and make a decision from there,” said Natalie Erickson of Castillo Construction, who was at the Holtville City Council meeting on Monday night, Oct. 25, representing Sun Community.

Traffic circulation has been a concern since the start of Sun Community’s branch expansion project because the main driveway on Holt Avenue will be an entrance only, with customers only permitted to exit through the alleyway. City staff anticipate that during peak hours the parking lot at Sun Community will receive high volumes of traffic, causing traffic heading south on Holt Avenue to back up as costumers try to enter the facility’s parking lot by turning left into the driveway.

To mitigate this congestion, the city required that Sun Community install bollard posts down Holt Avenue, blocking the driveway entrance to vehicles that are traveling south from making a left turn into the parking lot of Sun Community. Customers will have to drive down either Pine Avenue or Fern Avenue heading north on Holt Avenue to access the institution, preventing the congestion that Holtville officials are sure will occur.

“Do we need to spend the next 90 days checking to see if there is an actual traffic problem? I don’t think we do,” contract city planner Jeorge Galvan said during the meeting.

Galvan went on to explain that it was his belief that a 90-day traffic study may not find a problem, since the building was so new and the new traffic-control measures would be fresh in people’s minds. But, he said, drivers would inevitably begin to ignore traffic-control measures, making the left-hand turn that would cause the traffic.

The Planning Commission and Sun Community did provide the city with alternative options to alleviate traffic congestion, including a raised center median with landscaping, which would require more maintenance on the city’s part, or permanent traffic delineators, better known as whip sticks, but the sticks must be replaced on a regular basis due to them being so easily damaged.

Sun Community Federal Credit Union is located at the southeast corner of Fifth Street and Holt Avenue and will have a 1,609-square-foot building with a 10-space parking lot and a drive-through ATM. Erickson said the branch is scheduled to be open during the second or third week of November.

In other Holtville City Council news, repairs to the 1.5-million-gallon water treatment plant tank were completed this week, and the council heard a report about the overall water plant rehabilitation project from City Manager Nick Wells.

The tank is expected to start being filled around Wednesday, Nov. 3. The tank will require testing after the filling to make sure that there is no contamination before it is put into use.

When the 1.5-million-gallon tank is cleared, the tank will be put fully back in service, completing one of the phases of the water treatment plant rehabilitation project for the city.

The repairs began in June, having smaller 1.5-million-gallon tank drained, recoated, and had baffle curtains installed that will force the water to travel a predetermined path through the tank, giving it more contact time with disinfecting chlorine.

Next, work will the begin on the 2.4-million-gallon tank, which has had corrosion developed inside the tank, after more than 10 years in service. At the same time as the repairs, the city has had multiple other minor upgrades to the plant, along with a major upgrade to the electronic controls, which had been long recognized as a necessity due to the age of the system.