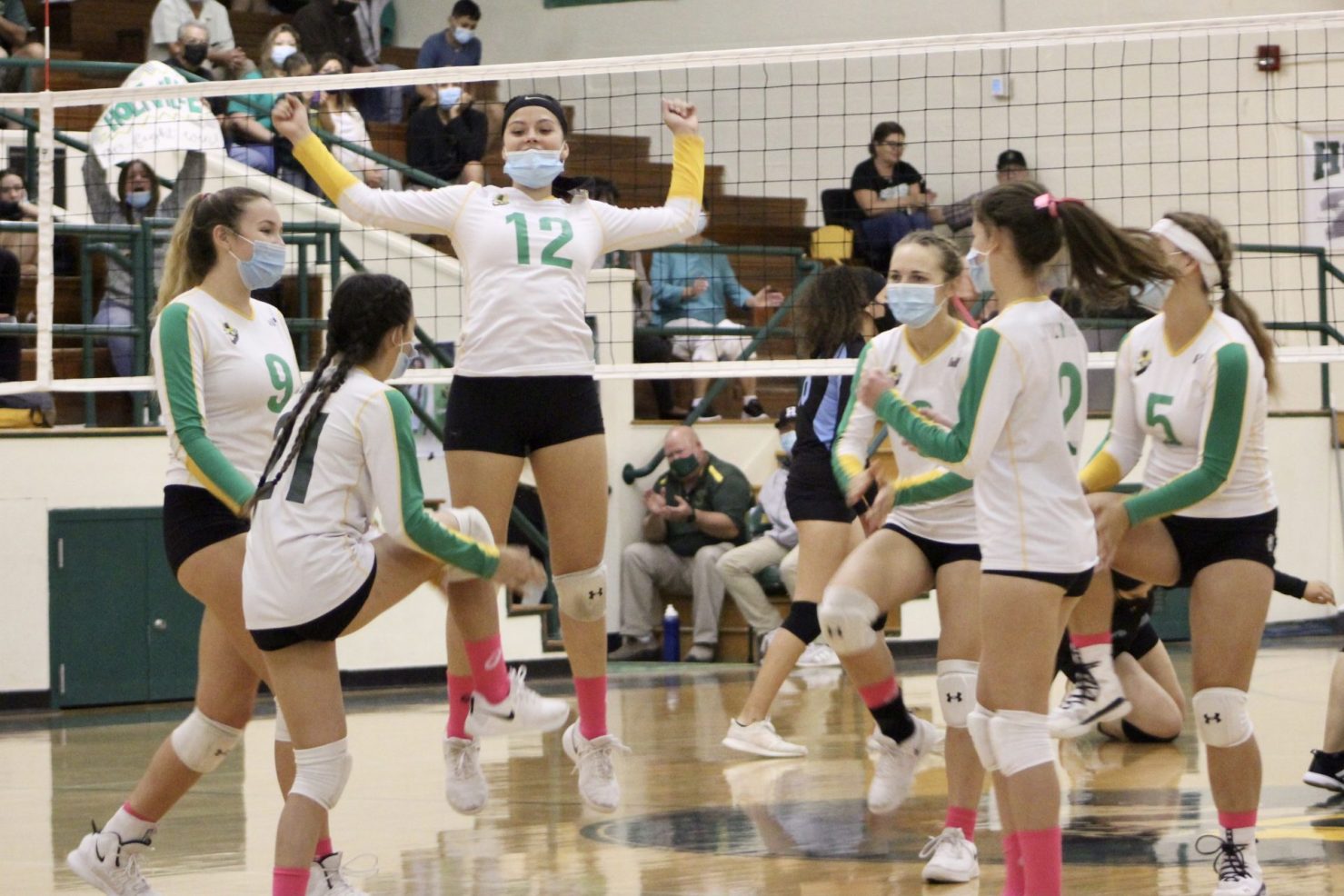 No. 1 Seed Holtville High Next Faces No. 8 Hilltop in Quarterfinals

The Vikings (26-5 overall) earned the top seed in the Division IV playoffs after winning the Imperial Valley League championship with a perfect 8-0 record. Holtville cruised past 16th-seeded San Ysidro, 25-8, 25-5, 25-4, to move on to the Division IV quarterfinals.

Up next for the Vikings is eighth-seeded Hilltop High of Chula Vista, a 3-1 winner over ninth-seeded Monte Vista High of Spring Valley in the first round on Tuesday, Oct. 26. The quarterfinal game against Hilltop is scheduled for 5 p.m. on Friday in Holtville.

Coming into the playoffs, Holtville wrapped up its undefeated IVL season with a sweep of Southwest High on Thursday, Oct. 21, winning 25-6, 25-15, 25-5, in Holtville.

“Obviously our expectations are high, but we have to stay humble and take it one game at a time,” said Chelsey Strahm, Holtville’s fifth-year head coach. “All of these girls have been around, either volleyball or another sport, enough to develop that championship mindset.”

The Vikings have won nine straight matches, dropping only three sets in those nine matches. The five losses Holtville suffered this season all came during tournament play in San Diego against teams in higher divisions.

In other playoff action on Tuesday, Oct. 26, Brawley Union High was swept in the first round of the CIF-SDS Division II tournament, falling to top-seeded Francis Parker of San Diego, 3-0.

Other Imperial Valley teams in the playoffs include Calexico, Central and Imperial.

Sixth-seeded Calexico will host 11th-ranked San Pasqual of Escondido at 7 p.m. on Wednesday, Oct. 27, in the Division III playoffs.

Imperial, the 12th seed, travels to El Cajon to take on fifth-ranked Granite Hills at 7 p.m. on Wednesday, Oct. 27, in the Division III tournament.

Central, champion of the Desert League, is seeded third in the Division V playoffs and have a bye in the first round.

The Spartans will host the Desert League second-place finisher Palo Verde Valley of Blythe in the quarterfinals, set for 5 p.m. on Friday, Oct. 29, at Central. The 11th-seeded Yellowjackets beat sixth-seeded The Cambridge School of San Diego 3-0 in the Division V first round on Tuesday, Oct. 26.

Previous
Highway 86 Corridor in Imperial to Get a Makeover

Next
Boys and Girls Club Pitches HQ to Holtville Council