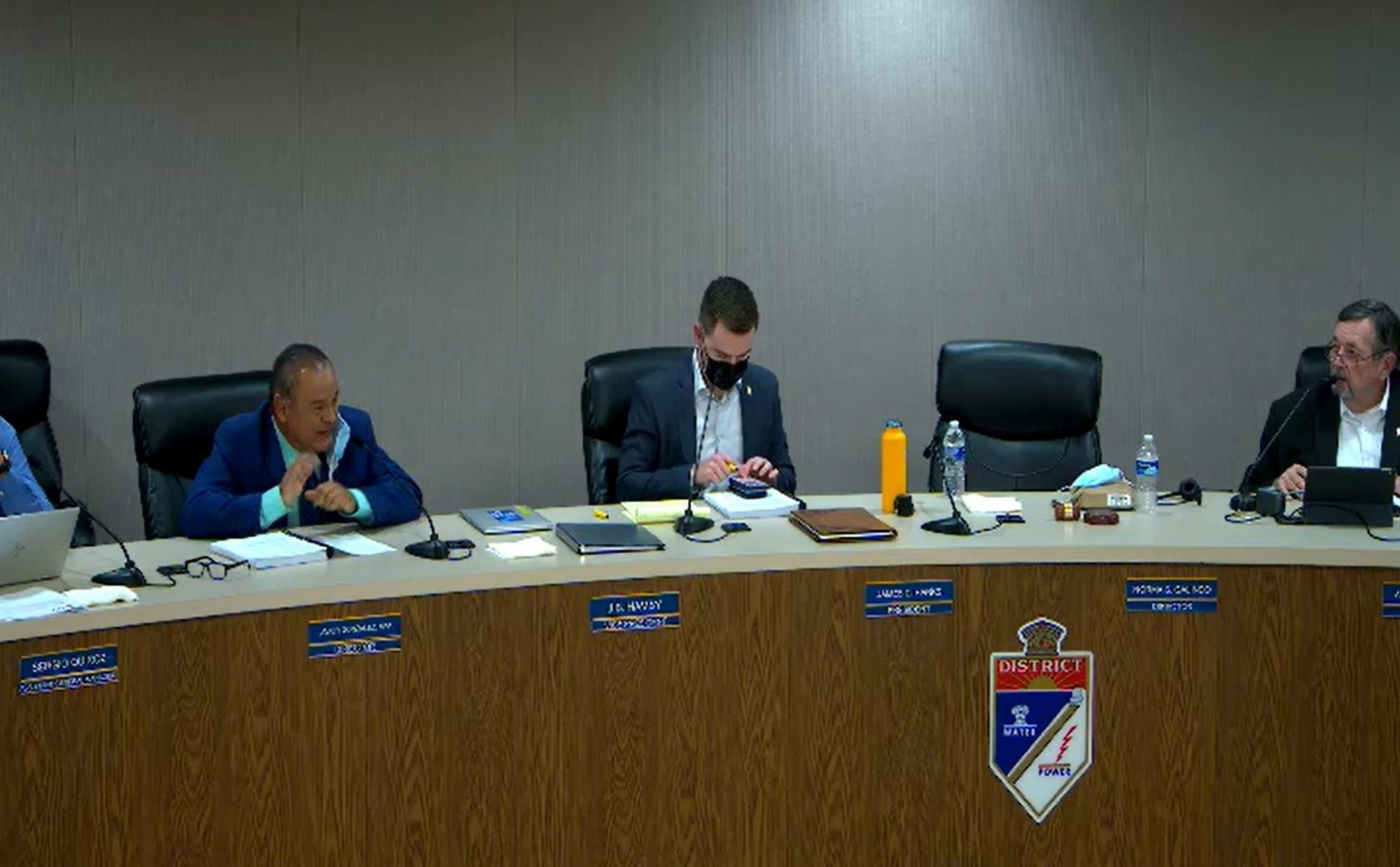 The infighting that has marked some of the Imperial Irrigation District board’s public and private discourse over the past few years has taken a new turn.

Division 4 IID Director Javier Gonzalez, who has been known to throw bombs on his official and personal social media accounts, targeted Division 5 Director Norma Sierra Galindo on Wednesday night, Oct. 27, on her attendance record at Board of Directors’ meetings, accusing her of being absent from most meetings despite efforts to accommodate her work schedule.

“The board is going out of it’s ways to accommodate her, even meeting on Saturdays and even bringing agenda items back in the middle of the meeting so she can vote when she suddenly appears, and voting without even being involved in the item discussion,” according to Gonzalez’s unedited post on his IID Division 4 director Facebook page.

Speaking with the Calexico Chronicle, Gonzalez said he was referring to an action item on the Oct. 5 agenda in which directors considered renewing the security services contract with Securitas Security Services. Galindo was not present, and the board deadlocked 2-to-2.

The item was brought back on Oct. 19, and after a lengthy discussion in which employees from Securitas as well as another bidder, Southwest Security, addressed the directors, the board again deadlocked 2-to-2. Galindo was not logged into the board room’s teleconferencing service at the time of discussion.

Galindo did log in later that meeting, at which point that action item was brought back, enabling her to break the deadlock with a vote for Securitas.

“Her up to 85% absence from IID meetings is now starting to affect the boards work and function. It’s been all year and I am no longer able to allow this to continue. The board cannot continue with four members most of the time!” Gonzalez wrote in his post.

It’s not clear how Gonzalez determined Galindo’s absence rate, or what constitutes an absence or partial absence. Galindo has missed entire meetings. She has also attended parts of meetings, logging in and out at various points.

The Calexico Chronicle requested directors’ attendance records from the IID.

“Between Jan. 5 and Oct. 19, 2021, the Imperial Irrigation District Board of Directors has held 23 regular board meetings and 17 special board meetings for a total of 40,” wrote IID’s spokesperson Robert Schettler in an email to the Calexico Chronicle.

Directors are considered to be in attendance either in person, or over video teleconferencing or telephone. Late arrivals, early departures or joining periodically are considered partial absences, Schettler said.

Galindo was fully absent for 12 meetings and partially absent for six meetings, according to attendance data forwarded by the IID.

Directors Jim Hanks and JB Hamby were not absent from any meetings during the period of Jan. 5 through Oct. 19, 2021.

Galindo addressed the matter at the beginning of the Oct. 19 meeting, during board member comments.

“I have told you several times, Director Hanks, how troubled I am by the predicament I find myself in with my employment at Calexico High School,” Galindo said. “We are in a tremendous pickle with lack of substitutes. So that’s why I have been entering and exiting the meetings sporadically. I just can’t seem to be able to get away long enough. I ask for the public to be understanding, but I ask for the public also to know that my lack of presence does not impede my ability and intention to perform my duty as an IID director.”

Galindo is a teacher at Calexico High School. She defended her attendance record as a public servant over the past nine years as being “perfect, aside from illness.”

But a shortage of substitute teachers as a result of the pandemic — a statewide problem that has received much media attention throughout the state — has made it difficult for her to be away from the classroom to attend board meetings, Galindo said.

“We are in a pickle at Calexico High School for substitutes. It is very difficult to get substitutes unless you are sick. So, I have attempted to be as participatory as I can when I am unable to get substitutes,” she told the Calexico Chronicle on Thursday, Oct. 28.

Gonzalez represents IID’s Division 4, which covers most of Calexico, south Heber and the district’s service area along the U.S.-Mexico border.

“Her constituents are not being represented. When the vote is 2-2, we need to wait for her to come back,” Gonzalez told the Calexico Chronicle on Oct. 28. “In the beginning she told us it was for her health. Today she said it’s because of her teaching job, there are no substitutes. But she needs to decide what’s more important for her and what’s more important for IID and her constituents. I don’t think it’s going to change for a while, finding substitutes.”

The IID does not appear to have a substantial policy regarding attendance insofar as specific requirements or setting consequences for lack of attendance. The 46-page governance manual only addresses board members’ attendance twice.

Under the “government style” section, the manual states: “The board will enforce upon itself the discipline necessary to govern with excellence. Discipline will apply to matters such as attendance, preparation for meetings, policymaking principles, and respect of roles, decorum, and the assurance of continuing sound governance.”

Under the “attendance at meetings” section, there is a single line: “Every board director shall attend all regular and special meetings of the board, unless there is good cause for an absence.”

District Intergovernmental Relation Director Antonio Ortega, who is also in charge of communications at the IID, referred this newspaper to the governance manual when asked about more specific guidelines on attendance.

IID’s legal counsel did not immediately respond to inquiries.

This is not the first time that IID directors have taken shots at each other. Board President Jim Hanks advised his fellow directors to “pull it together” and stop infighting at the district at an April 6 board meeting.

At that meeting Director Galindo called out board vice president and Division 2 Director JB Hamby for allegedly meeting and advising his committee appointees on what to do, and Hamby later said he was being “crucified” by Galindo.

Hamby responded that he has met with his political appointees, but the Water Conservation Advisory Board is run primarily by farmers who are not easily swayed by what anyone tells them.

Hanks got the last word in and encouraged the board to come together to fight problems instead of fighting among themselves.

“We have some major issues facing us,” Hanks said at the time. “… We have our hands full. We have a potential case at the U.S. Supreme Court level. Ongoing issue with Mr. (Mike) Abatti. We have issues on the (Colorado) River.”

(This story was updated on Wednesday, Nov. 3, with attendance data on all five directors.)