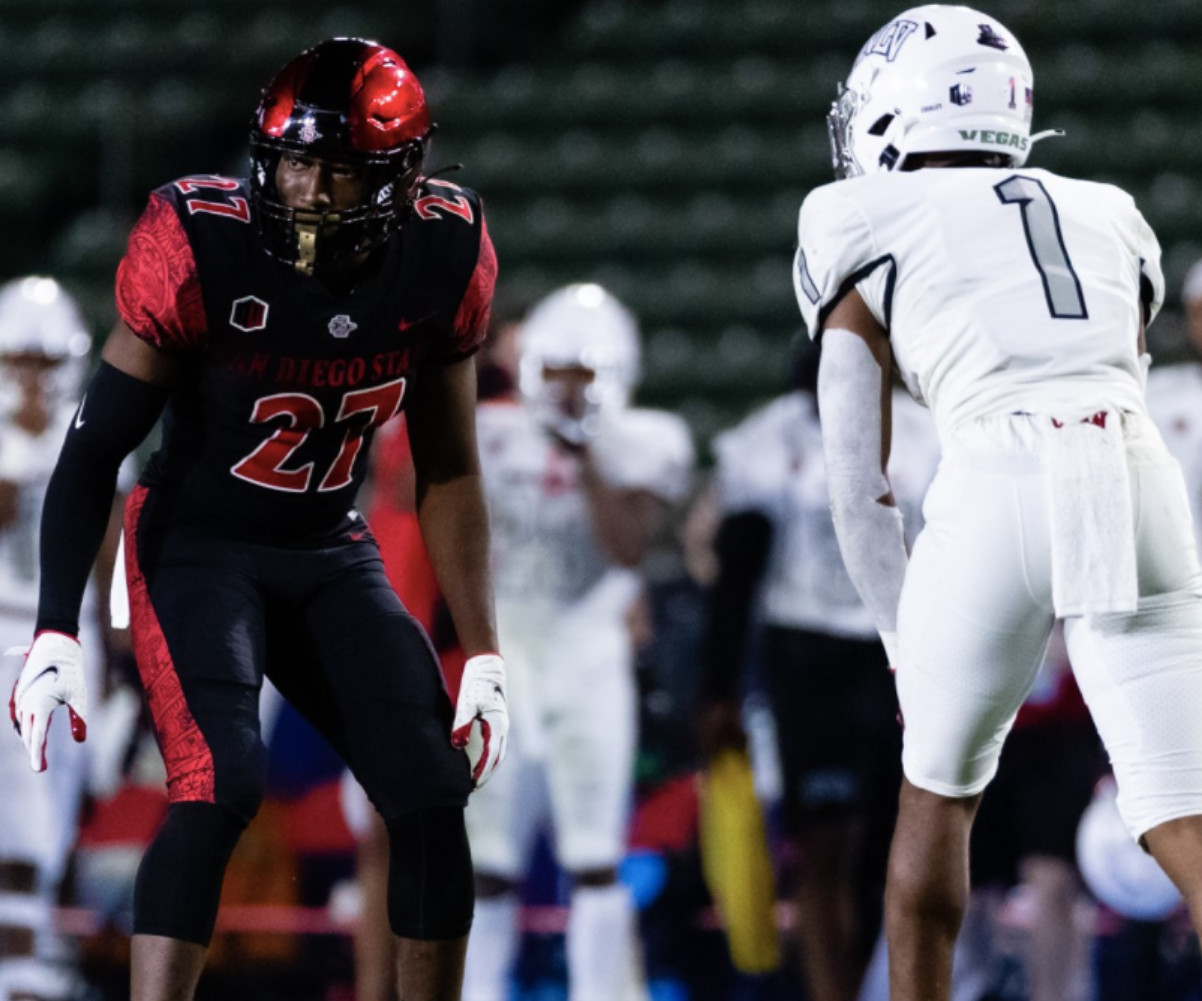 There are the nuts and bolts of winning football games. Then there are the emotions. When No. 21/20 San Diego State faces long-time rival Fresno State on Saturday, Oct. 30, as always there will be more at stake than usual.

The game will be a critical West Division MW showdown. The Aztecs lead the west, followed by Fresno State, a half game back, with Nevada (2-1) a game behind.

Up against the Bulldog defense, something will have to give. Hoke said that “defensively, they’re as good as a defense as we have faced to some degree right now,” noting their ability to create turnovers. YetSan Diego State has one or fewer turnovers in six straight games.

Then there’s Fresno State quarterback Jake Haener.Cedarious Barfield called him a “gunslinger” with multiple weapons to choose from, passing or running.

Barfield though, as part of the Aztecs’ vaunted defense, said the challenge is “something we’re very excited for as a defense.”

SDSU leads the all-time series with Fresno State, 30-25-4, and the path to the conference championship usually goes through the schools. Since 2012, San Diego State and Fresno State each have won three MW titles.

Meanwhile, San Diego State continued a slow climb up the AP Top 25 Poll, now to No. 21. If SDSU is ranked in the poll on Sunday, Oct. 31, the Aztecs will tie the school record for inclusion in most consecutive polls and most weeks ranked in a single season, set in 1970.

San Diego State also moved up to No. 20 in the Coaches Poll.

In addition, the MW named Matt Araiza Special Teams Player of the Week. It is the second straight league honor for the Rancho Bernardo High alum, his third of the season and fourth of his career.

In the Aztecs’ 20-14 win at Air Force, the junior punted five times for a 54.8 yard average. Araiza matched a career high with four punts inside the 20-yard line, including one for 81 yards, the longest in the nation for the week. Araiza also was 2-for-2 in field-goal attempts, including a 51-yarder.

(This story first appeared on Times of San Diego and is made available through the CalMatters Network.)