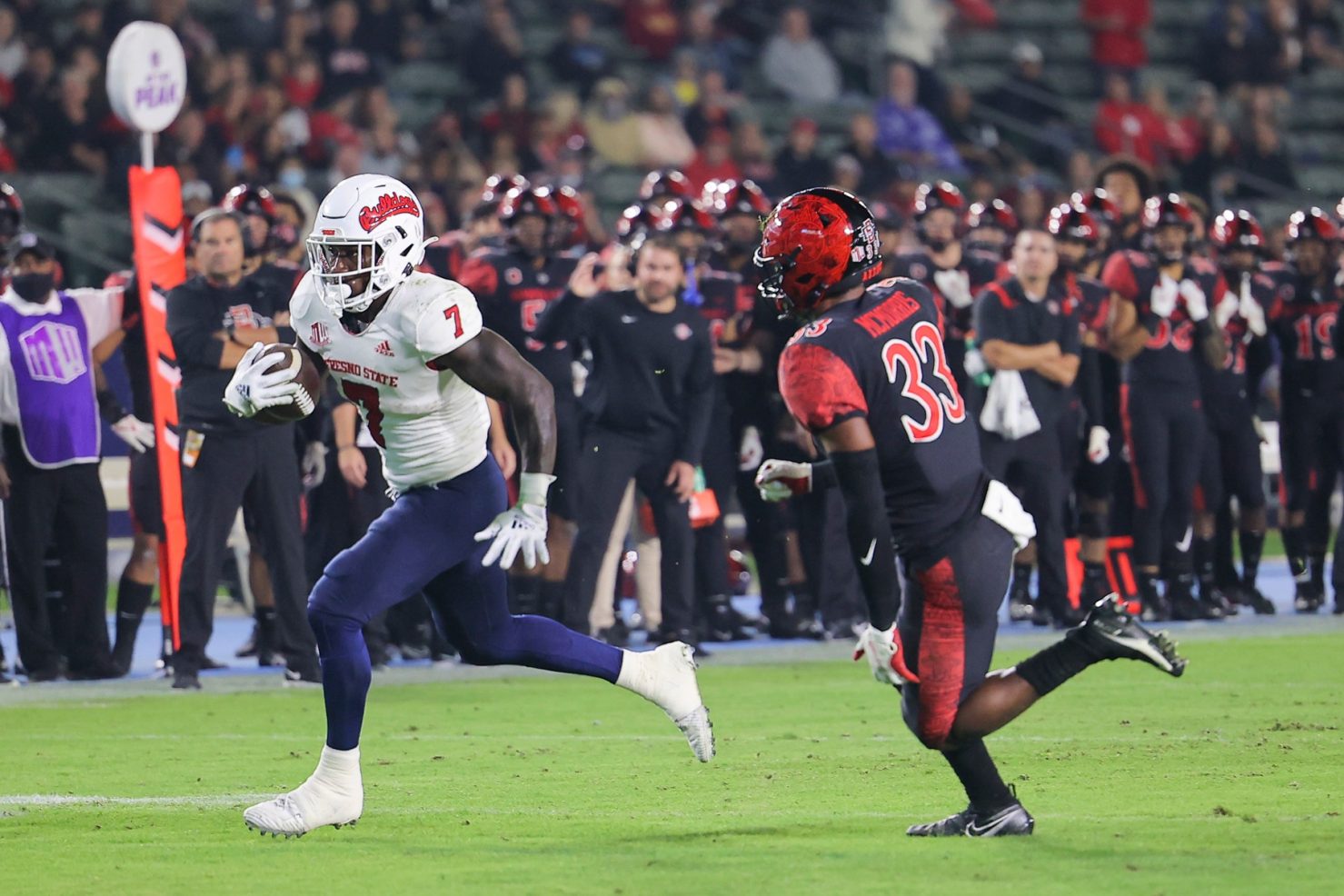 San Diego State dug an early hole against Fresno State on Saturday, Oct. 30, and couldn’t climb back, dropping its first game of the season, 30-20.

Fresno State (7-3) dominated early, building a 20-0 lead before the Aztecs broke through with just over two minutes to go in the second quarter.

After Kaegun Williams returned a kickoff 17 yards, Lucas Johnson completed passes of 16 and 31 yards to Elijah Kothe. He rushed for 14 yards before throwing a 19-yard pass to Tyrell Shavers for the score.

With 13 seconds left in the third quarter, SDSU drew closer, scoring on a Greg Bell 3-yard run, but they squandered opportunities due to turnovers, including two Johnson interceptions.

“I hurt us tonight,” Johnson said after the game.

The Bulldogs, though, thoroughly shut down San Diego State’s running game early, limiting them to just 38 yards in the first half.

VIDEO: A Timeline of the Life of Dr. Martin Luther King Jr.

The defense re-asserted itself after the break, holding Fresno State to just a field goal until Johnson’s interception with five minutes remaining. Two plays later, Mims added a touchdown to give the Bulldogs’ a commanding 30-13 lead.

The Aztecs hit the road to play Hawaii at 8 p.m. Nov. 6. A showdown with Nevada looms the following week.

(This report first appeared in Times of San Diego and was made available as part of the CalMatters Network.)