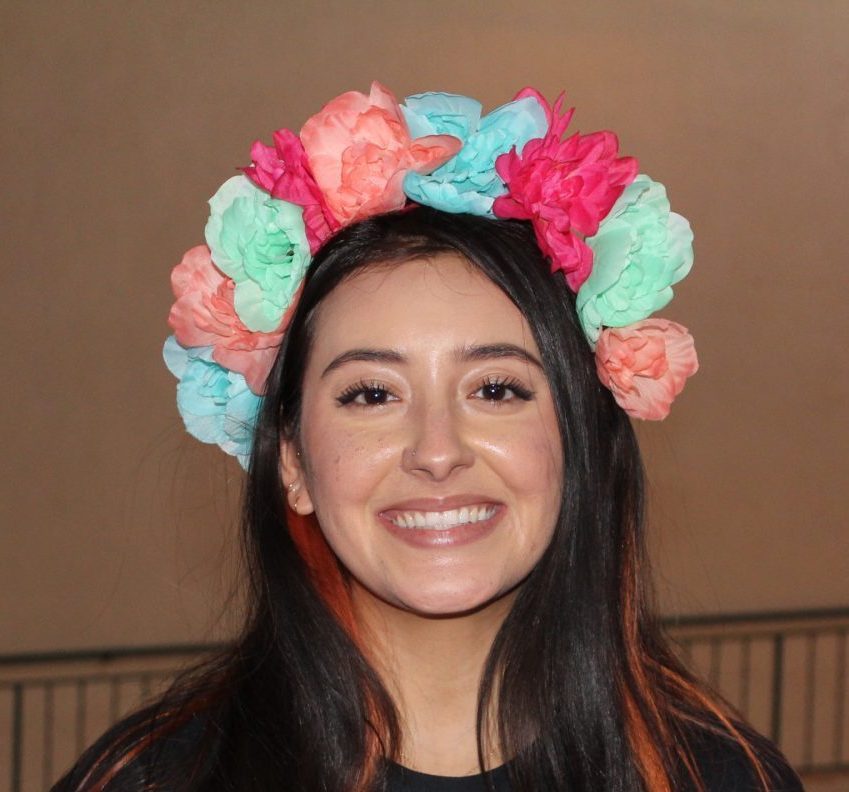 CALEXICO — Jazmyn Horton-Alvarado is described as a “whirlwind” by those who know her, quickly moving about the San Diego State University-Imperial Valley campus, from her classes to student and club events.

A member of student government and other clubs at the university, it’s been her work mobilizing fellow students to get out the message about reproductive health and rights on behalf of Planned Parenthood Action Fund of the Pacific Southwest that Horton-Alvarado is being recognized of late.

“I am so proud of Jazmyn, she is a go-getter and is passionate about bringing much-needed reproductive health services and education to her fellow students at her campus,” said Planned Parenthood community organizer Maribel Padilla, who recruited Horton-Alvarado to start a local chapter of the Planned Parenthood Generation Action Club.

“She has assembled an awesome board and they are now working on several projects that no doubt will get done,” said Padilla, who is also co-founder of unhoused advocates, the Brown Bag Coalition.

The Planned Parenthood Generation Action group pushes to bring reproductive health, education, and justice to the school. Horton-Alvarado’s group is a first for the Imperial Valley. There is already one such group operating at the main campus in San Diego.

Currently, Horton-Alvarado said, the club is lobbying for the installation of vending machines for women’s menstrual health products and condoms in both men’s and women’s restrooms, a first for SDSU-IV and main campus. Planned Parenthood Generation Action is also pushing for gender neutral restrooms and hopes to incorporate a class at the college that will educate students on reproductive health, something that is sorely needed in the Valley.

The group got its local start when Horton-Alvarado volunteered with the Students Social Work Association to help the Brown Bag Coalition with its clothing distribution in January. Horton-Alvarado spoke with Padilla, who told her Planned Parenthood was looking to start a Generation Action group at SDSU-IV.

Horton-Alvarado said she went home and thought on it, then reached out to Padilla to create the local chapter.

Horton-Alvarado said she wasn’t looking to start a Generation Action group at first, but time and seeing the need of the students pushed her to get friends from the SDSU-IV Social Work club to start something new. She says her team is like her, wanting to push and get things done now and not wait.

“It’s been really, really cool having it start at the beginning of the year as just a thought and seeing where it is now, where we’re getting dispensers established in all the restrooms and see something tangible happen from what was just an idea in a conversation,” Horton-Alvarado said.

Horton-Alvarado said she has done social work her whole life, from a young age with her mother to now in college. She got her start in social work when she did work with Imperial County Behavioral Health Services and loved it. Her coworkers actually encouraged her to apply for her Masters in Social Work.

So far, the club has been recognized by both Planned Parenthood in May and SDSU in late September. The Generation Action chapter has been able to set up at different events on campus and even out in the community representing both the school and Planned Parenthood.

“We really do important work. It’s a lot of fun, but it’s really important work, which I think is a cool combination. And I think they know that, too,” Horton-Alvarado of the college and the community.

Padilla said she was impressed with how quickly Horton-Alvarado was able to get her organization moving and approved, something she says normally takes about a year.

But that seems to be pretty standard for a Horton-Alvarado, whom SDSU-IV’s Norma Aguilar, who is also one of the Action Club’s advisers, describes as “a whirlwind” who doesn’t stop. She said she is so good at social work that Horton-Alvarado could easily already be a staff member of SDSU, Aguilar said.

“I’m very proud of her, not only of her work that she’s done here with PPGA but she’s started a chapter for social work, is involved in (Associated Students Government), she’s just very motivated and she’s just awesome,” Aguilar added. “She knows what she wants and goes for it.”

All agreed that Horton-Alvarado’s enthusiasm and drive will have her going places after she completes her master’s program, and she does plan to continue volunteering and doing social work once she graduates.

(This story was updated at 9 p.m. Wednesday, Nov. 3, to correct some information on vending machines in restrooms and some titles.)