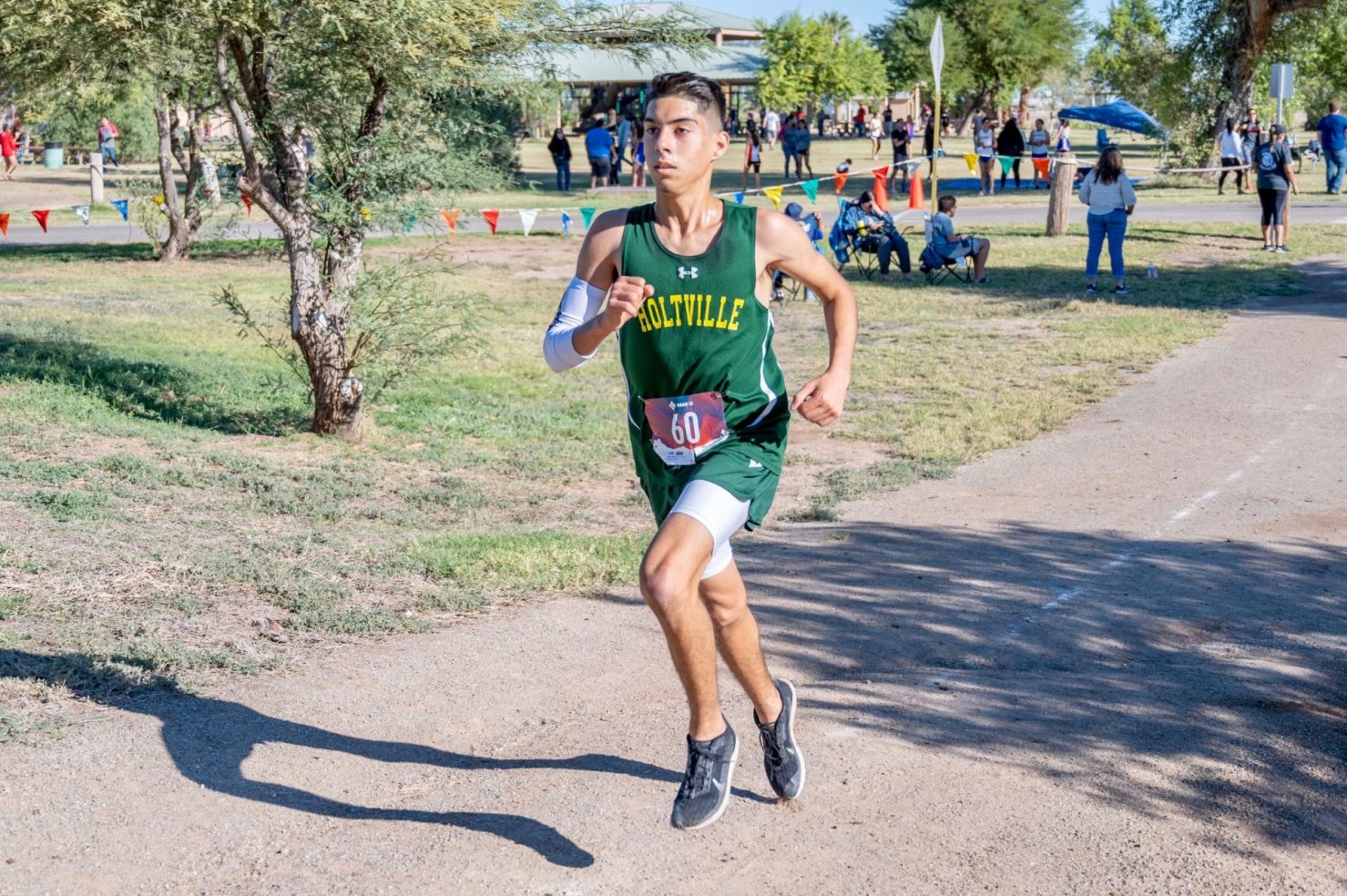 For state championship qualifying purposes, all runners from the top-three teams qualify and the top-five runners from teams not in the top three qualify.

Reyna finished the 2.96-mile race in 13th place with a time of 16 minutes, 45.9 seconds. His 13th-place finish was good enough for fifth among runners not from the top-three teams, sending him to the state championships.

“At the end of the race my coach told me to kick and if I would have I could’ve gotten 12th but I was afraid of running out of gas,” said Reyna, a junior who started running in eighth grade. “I thought it would be top-12 that qualify for state and I thought I missed it by one place and one second, but I was wrong.”

Reyna is the only runner from the Imperial Valley to qualify for the state championships, set for Saturday, Nov. 27, at Woodward Park in Fresno.

“When he (Reyna) came in we were sure 13th wasn’t going to be good enough to qualify,” said Gerardo Lara, Holtville’s longtime cross country coach. “He was obviously upset but I told him I would go check the official results. When we found out he made it, I’m not sure who was happier, him or me.”

Reyna said he thought he was suffering the same fate his mentor, recently graduated Viking Alan Jimenez, felt his junior season when he missed qualifying for the state championship by one spot.

“He’s always been a role model and seeing him miss state by one spot when I was a freshman, I thought the same thing just happened,” Reyna said. “Making it to state has been my main goal since the beginning of the season.”

Senior Kenan Pala from Francis Parker High in San Diego set a blistering pace and finished with a section-record time of 14 minutes, 22.3 seconds to win the Division V race by more than 37 seconds over the second-place finisher.

Holtville sophomore Lilly Strahm finished in 11th place on Saturday, Nov. 20, in the Division V girls race with a time of 20 minutes, 15.6 seconds. Unfortunately for Strahm that was two spots out of the state qualifying times.

Strahm’s time was the fastest of the day among all girls running from the Imperial Valley but still not quite fast enough to qualify for the state meet.

Next
Marines on Track for Worst Vaccination Record in U.S. Military