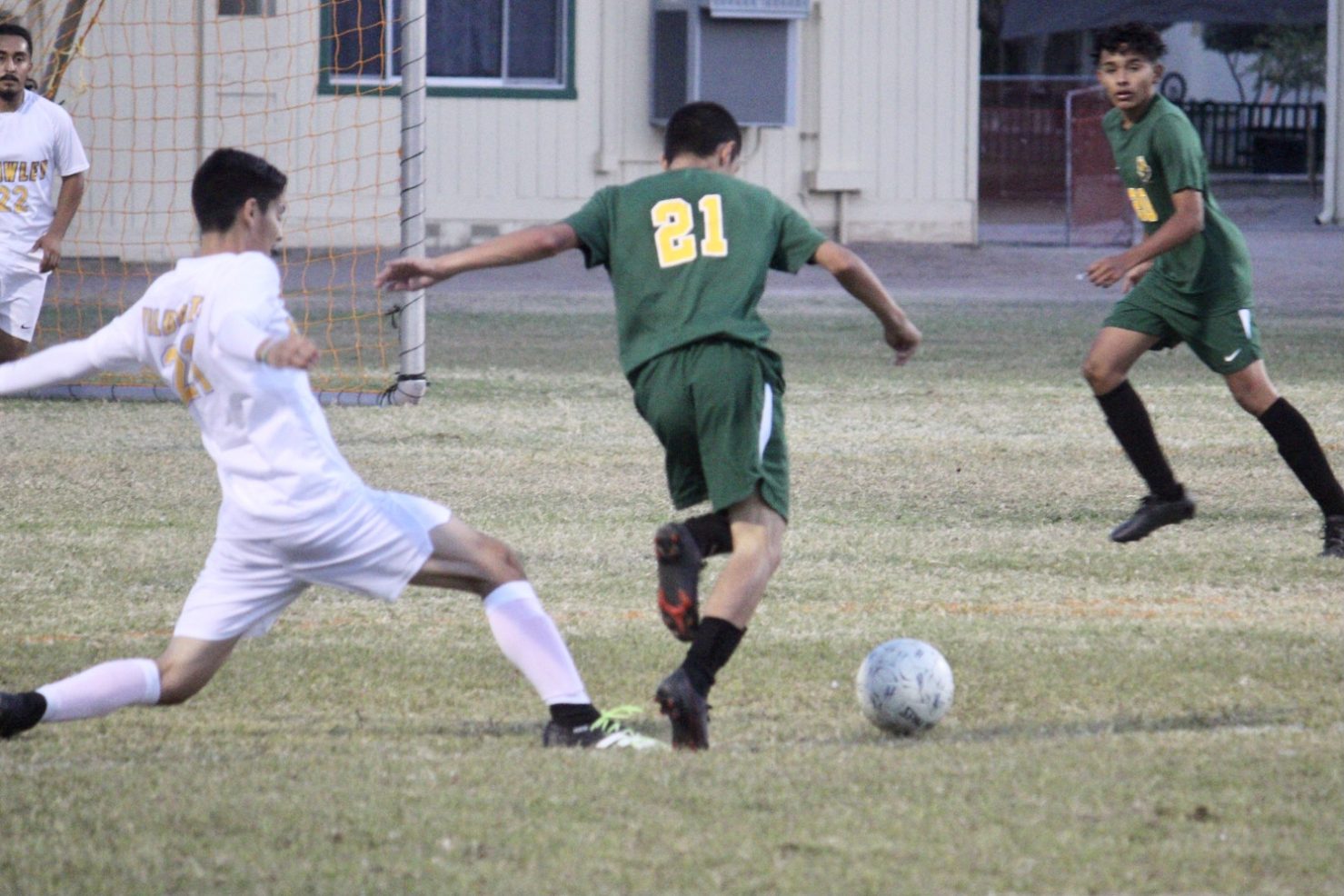 Holtville High sophomore Juan Carlos Rodriguez (21) gets past a Brawley defender during the Vikings’ 4-0 victory over the Wildcats at Birger Field in Holtville on Thursday, Nov. 18. | MEGAN JONES PHOTO
Home
Sports
In Sports

HOLTVILLE — The Holtville High School boys soccer team is off to a hot start with four straight wins in the opening week, all part of the Southwest Soccer Tournament that gives local teams a chance to play numerous games.

Sophomore Juan Carlos Rodriguez is a big reason for the Vikings’ hot start, scoring eight goals in the first four games, including a three-goal performance in a 4-0 victory over Brawley Union High.

The Vikings (4-0 overall) opened their season with a 2-0 shutout over Vincent Memorial Catholic High from Calexico at Birger Field in Holtville on Tuesday, Nov. 16.

Goals from senior Adrian Moreno and Rodriguez were all the Vikings would need thanks to the play in net from sophomore Bryan Padilla who recorded three saves.

In the second game of the Southwest Tournament, Holtville scored a 4-0 home victory over Brawley Union High on Thursday, Nov. 18. The Vikings jumped on top of the Wildcats with four first half goals and cruised in for the win.

On Friday, Nov. 19, the Vikings went on the road and defeated Imperial, 2-1, in tournament action. Rodriguez had both goals for Holtville and goalkeepers Padilla and Farfan combined for five saves.

On Saturday, Nov. 20, Holtville again hosted Vincent Memorial, beating the Scots 3-0. Rodriguez had two goals and senior Gael Quintero added a third goal for the Vikings. Farfan had three saves in net to get the shutout win.

The Vikings return to the pitch at 6 p.m. on Tuesday, Nov. 30, when they host Palo Verde Valley High of Blythe, followed by a home match with Brawley at 6 p.m. on Thursday, Dec. 2, and a home matchup with Crawford of San Diego at 6:30 p.m. on Friday, Dec. 3.