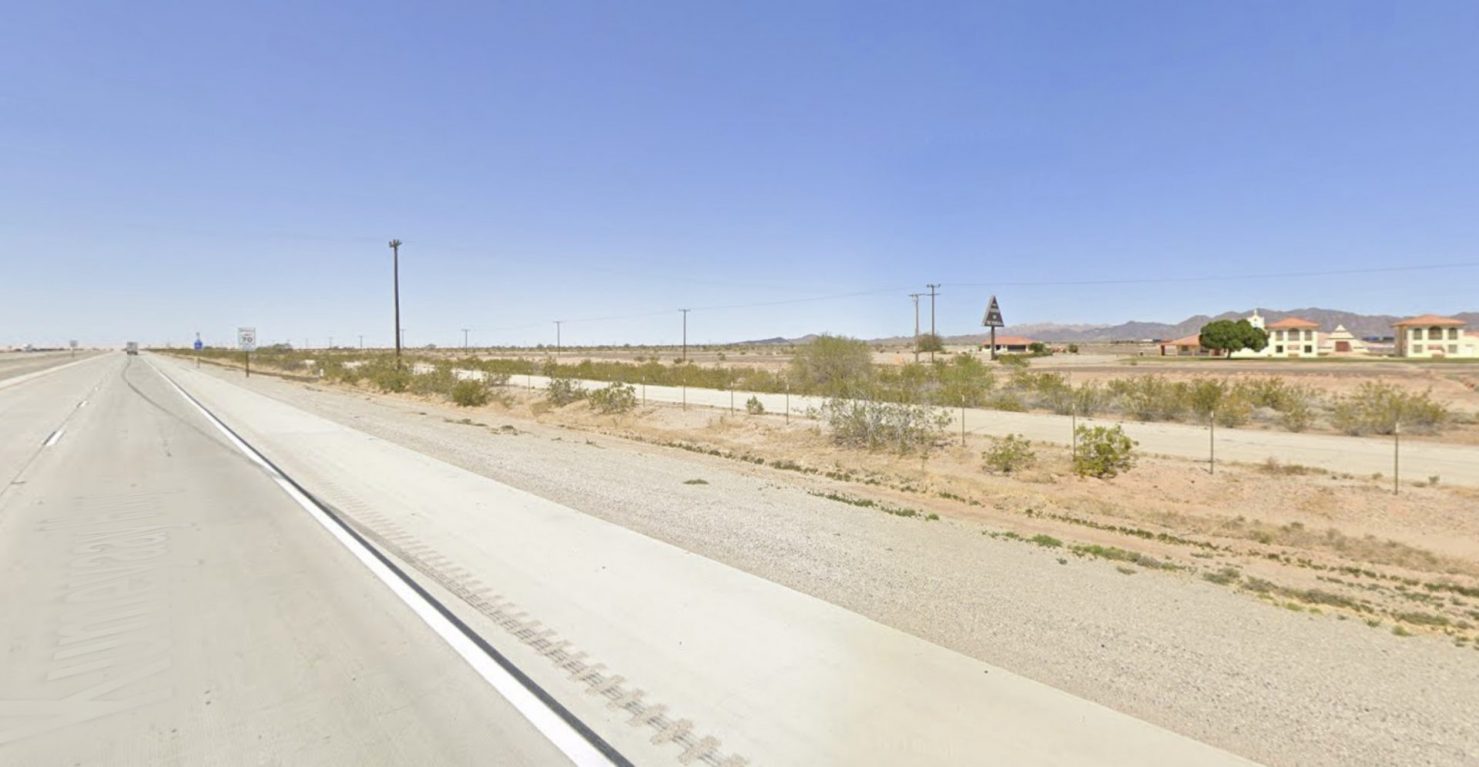 An unidentified man was found dead on the side of westbound Interstate 8 between Sidewinder and Ogilby roads in eastern Imperial County near Felicity on Saturday, Nov. 27. | GOOGLE IMAGE
In Public Safety

FELICITY — A man found dead on the side of westbound Interstate 8 between Sidewinder and Ogilby roads in eastern Imperial County was the victim of a hit and run, according to the California Highway Patrol.

Details about the deceased pedestrian and the hit-and-run itself that occurred on Saturday morning, Nov. 27 were limited due to the ongoing nature of the investigation, Highway Patrol Public Information Officer Mike Mitchell said Monday morning, Nov. 29.

A call came in to the CHP’s Winterhaven station just after 7 a.m. reporting a body on the north shoulder of the interstate. When officers arrived there were no vehicles in the area but there were obvious signs of trauma, but that was all Mitchell would say.

The deceased subject was male but as of Monday, he has not been identified, according to Imperial County Chief Deputy Robert Benavidez.

It wasn’t clear whether there was any identification on the man, but Benavidez had no age for subject, and neither the Highway Patrol nor the Sheriff’s Office would speculate why the man was there.

Benavidez did say that there were signs of significant trauma to the man’s legs and hip as well as debris in the area from an impact with a vehicle.

No other information was available.