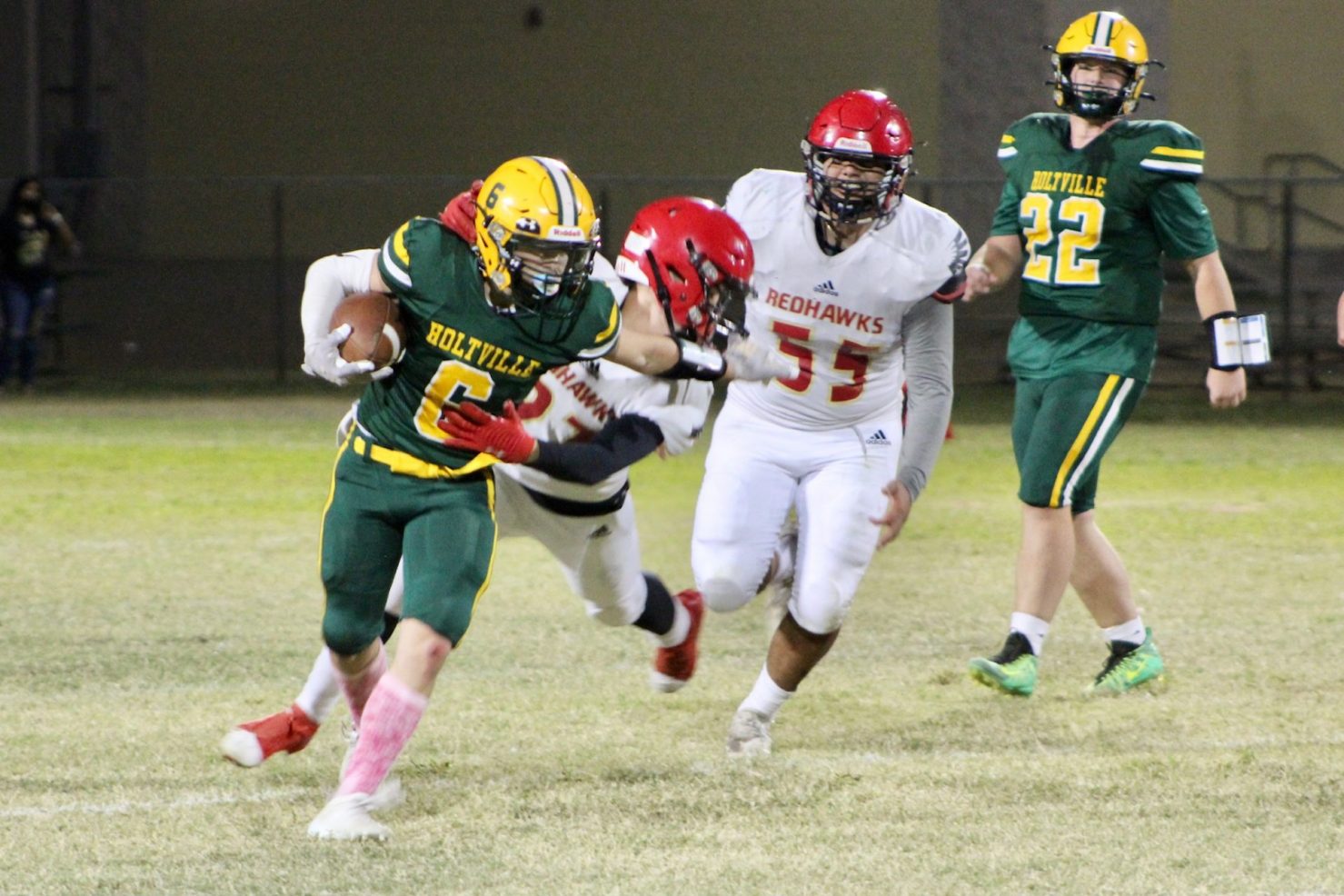 The Vikings, who finished 8-3 overall and 3-1 in the DL, with the only league loss being to the Yellowjackets, had a total of 14 players earn All-DL recognition.

“Those seniors have been playing together for most of their lives, so it’s nice to see them get the recognition like this on their final season,” said Jason Turner, Holtville’s head coach.

Hilfiker, while not throwing for many yards, did toss 12 touchdown passes for the Vikings and averaged 18 yards per completion.

Iten was Holtville’s leading rusher with 809 yards and 10 touchdowns, followed by Johnston’s six touchdowns and 500-plus yards rushing.

The Defensive Player of the Year honor went to Mountain Empire’s Larry Clark and the Punter of the Year distinction went to Palo Verde’s Aizik Gonzales.

Next
No Contest Plea in El Centro Attorney’s 2017 Homicide