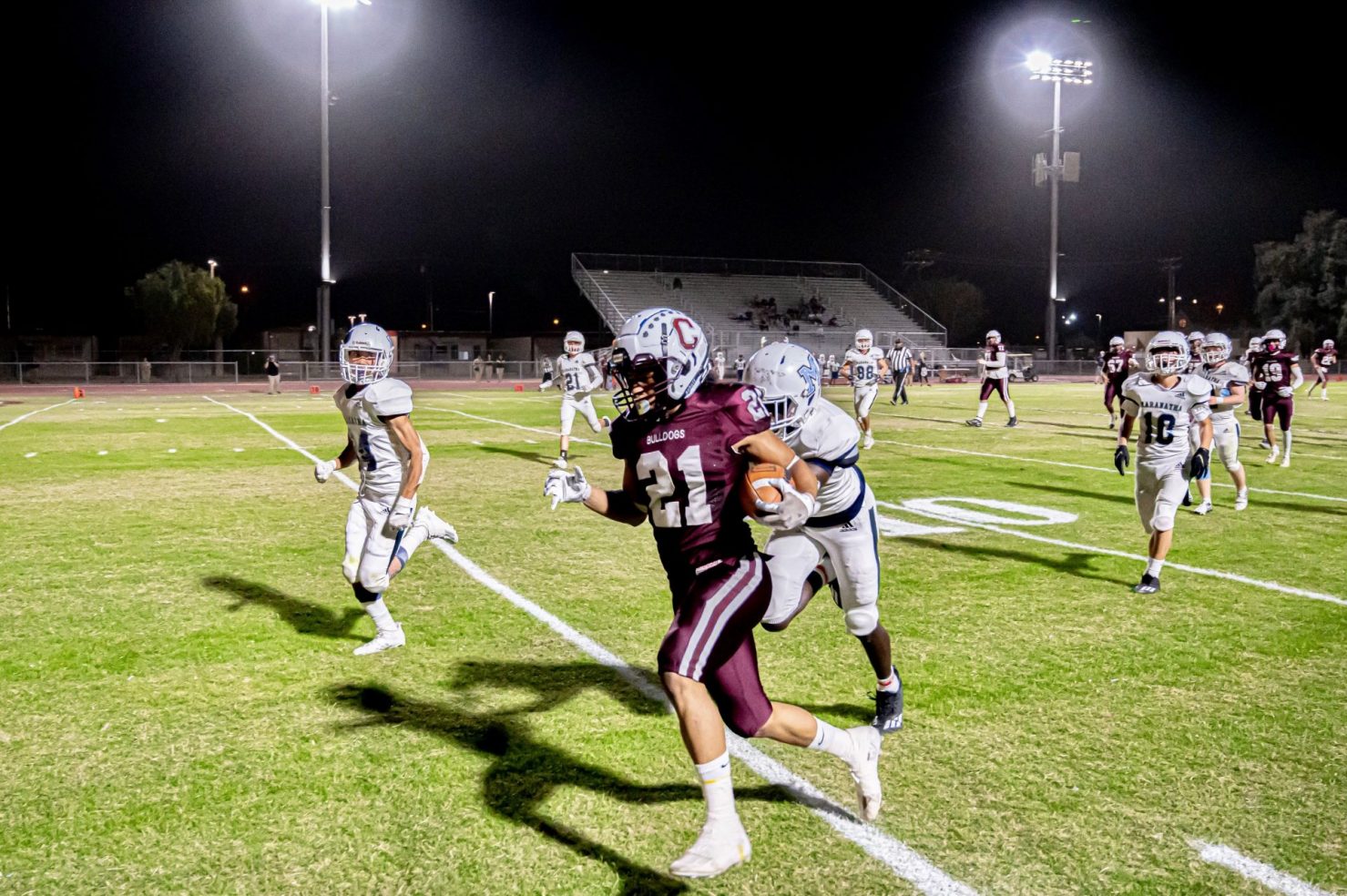 Calexico, 7-6 overall and 1-3 in the IVL, won a home playoff game for the first time since the 1980s when the Bulldogs dominated Maranatha Christian High of San Diego, 34-3. They also won a second playoff game when they traveled to Holtville and beat the Vikings 14-12 in the Division V quarterfinals.

Calexico’s season came to an end in the Division V semifinals, losing to Mission Bay, 41-7.

“These kids had that hard work mentality that showed up to do whatever was necessary every day,” said Fernando Solano, Calexico High’s head coach. “The all-league honors are well deserved for our guys and what they did sets the foundation for future Calexico teams.”

Sanchez gave the Bulldogs a break-away threat and had his best game of the season against crosstown rival Vincent Memorial when he had more than 200 yards rushing and three touchdowns.

With Brawley winning the IVL championship, the Wildcats dominated the All-IVL voting with junior quarterback Ethan Gutierrez winning the Offensive Player of the Year award, with Brawley senior Jorge Haro earning the Kicker of the Year distinction and Wildcats’ head coach Jon Self being named Coach of the Year.

Former Bulldog Continues to Hoop It Up Around the World

Next
READY TO RUMBLE