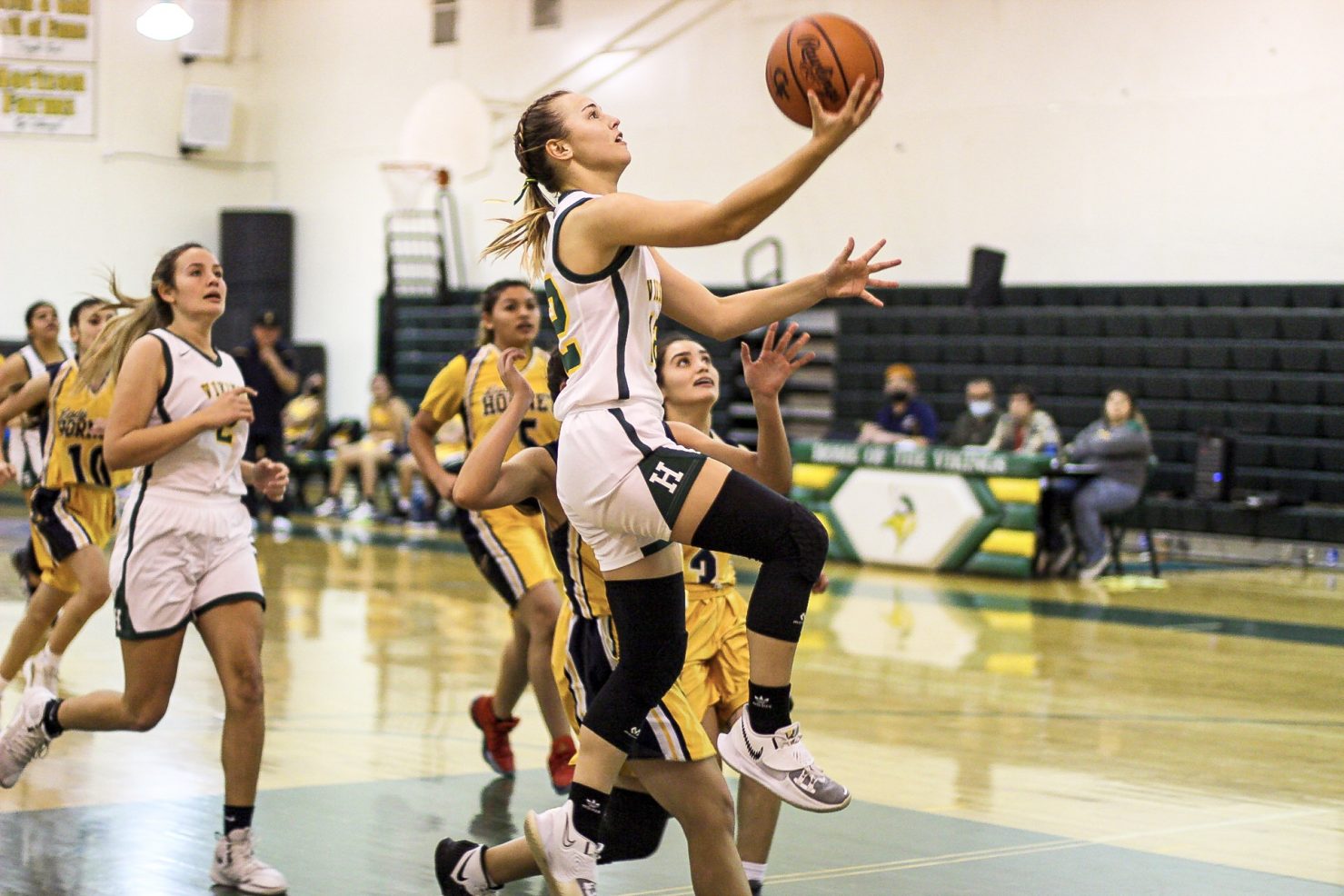 Holtville High School junior Kamryn Walker goes up for a layup during the Vikings’ nonleague game against Calipatria in Holtville on Nov. 23. Both the Vikings and Hornets will be competing in the Imperial Valley Invitational girls basketball tournament beginning Friday, Dec. 3, in Holtville and Imperial. | MEGAN JONES PHOTO
Home
Sports
In Sports

HOLTVILLE — In the mood to see some high school girls basketball? There will be plenty of it Friday, Dec. 3, and Saturday, Dec. 4, when the Imperial Valley Invitational tips off at both Holtville and Imperial high schools.

Eight Imperial Valley schools and two from Yuma make up the 10 teams competing in the event with games beginning at 1 p.m. on Friday, Dec. 3, in both locations and continuing throughout the evening. Competition resumes at 9 a.m. on Saturday, Dec. 4, and continues all day with the championship game set for 6 p.m. in Holtville.

“Traditionally Brawley hosts a varsity tournament the first weekend in December but isn’t able to this year,” said Murray Anderson, Holtville High head coach and co-director of the tournament along with Imperial head coach Rich Ponchione. “We’re only about two weeks into the season so this is a good opportunity for local teams to get in a few games and see where they are at.”

The format will feature two five-team pools with pool play occurring Friday and again on Saturday morning. Crossover play between the two pools will be Saturday afternoon with the two pool winners meeting for the championship at 6 p.m. on Saturday, Dec. 4, in Holtville

“Each team is going to get four games in a short period of time,” said Anderson, who is in his eighth season coaching the Vikings. “Both Cibola and Yuma Catholic are very good teams so there should be some exciting competition.”

Tickets are $10 for adults, $5 for students and senior citizens 65 and older. Students with a school ID will be admitted free.

The Vikings will meet Yuma Catholic at 9 a.m. on Saturday, Dec. 4, and wait to see where they fall for the crossover game Saturday afternoon.