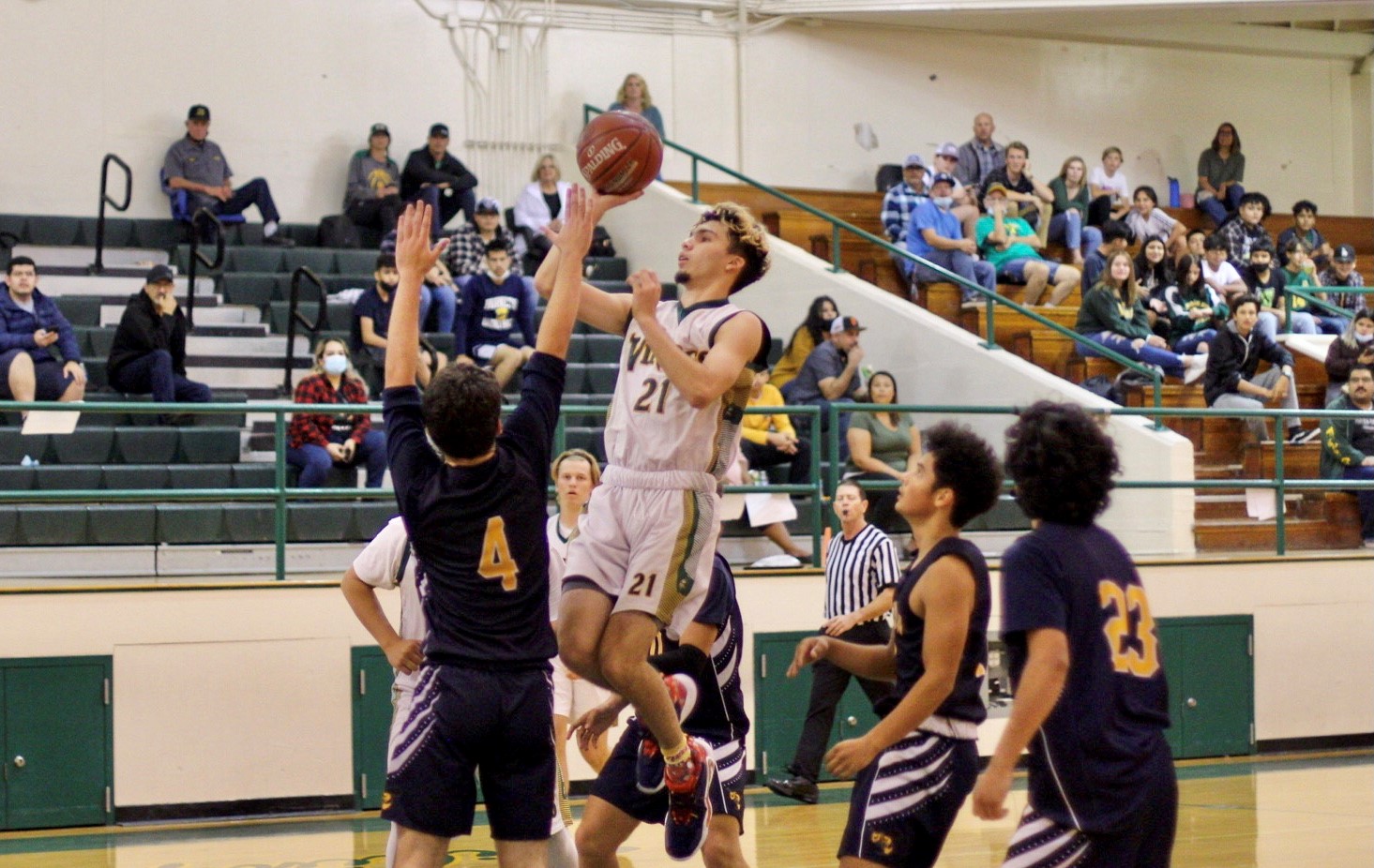 HOLTVILLE — The Holtville High School boys basketball team opened its season with a 52-38 victory over Calipatria here on Tuesday, Nov. 30.

After a sluggish first quarter that saw the Vikings behind 10-7, they were able to grab the lead in the second quarter and open a 21-14 halftime lead. Holtville slowly pulled away in the second half, opening up the lead to 35-23 at the end of the third quarter.

Junior Angel Perez led the way for the Vikings with 22 points, including 10 in the third quarter. Senior Roger Rolfe had 10 points for Holtville, including three-of-four from the free-throw line in the fourth quarter.

Next up for the Vikings is a trip to Blythe on Tuesday, Dec. 7, where they will face Palo Verde Valley High with tip slated for 7 p.m.

Previous
Calexico’s Yara Araujo is Migrant Student of the Year

Next
Season’s Greetings All Over the Place