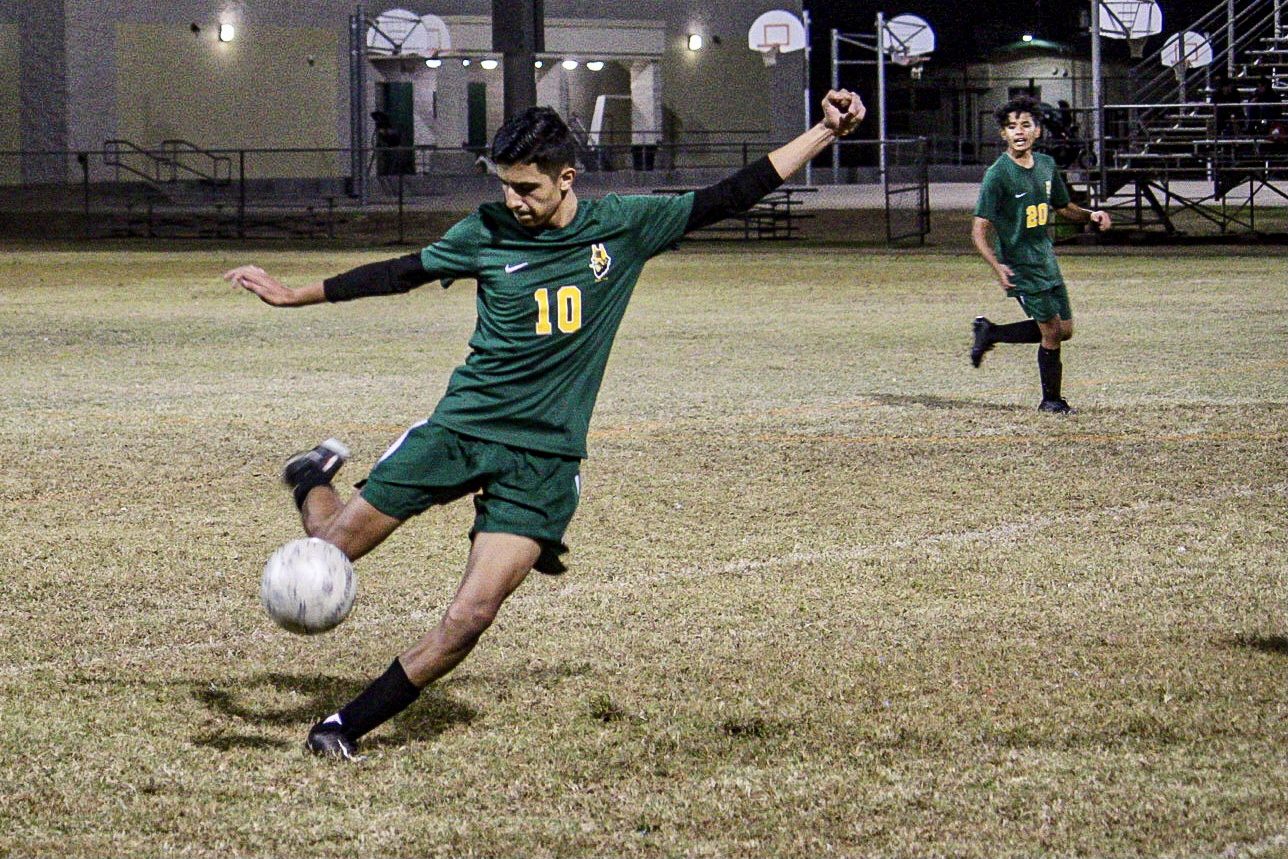 Team Has Failed to Score in December

HOLTVILLE — After opening the season with four straight wins, the Holtville High boys soccer team has found some choppy waters since the calendar turned to December, losing four straight games.

After a 1-1 tie with Palo Verde High of Blythe on Nov. 30, the Vikings (4-4-1 overall) haven’t been able to score a goal in December, dropping three straight games in tournament play in San Diego on Friday, Dec. 3, and Saturday, Dec. 4, and falling at home on Monday, Dec. 6, to Imperial.

Holtville traveled to San Diego on Friday, Dec. 3, and dropped a 4-0 match to Crawford High in the tournament opener, then returned on Saturday, Dec. 4, and lost 2-0 to Foothill Christian High of El Cajon and 6-0 to Bishop’s School of La Jolla.

The Vikings returned for a home matchup against Imperial on Monday, Dec. 6, and were blasted by the Tigers, 10-0.

The traditional rivals will meet once more in January in a nonleague game before Holtville begins play in the Imperial Valley League along with Central, Calexico and Southwest. Imperial is in the Desert League this season with Brawley, Vincent Memorial Catholic, Calipatria and Palo Verde Valley.

The Vikings return to the pitch on Thursday, Dec. 9, with a home matchup against Vincent Memorial, set for 6 p.m. at Birger Field in Holtville.