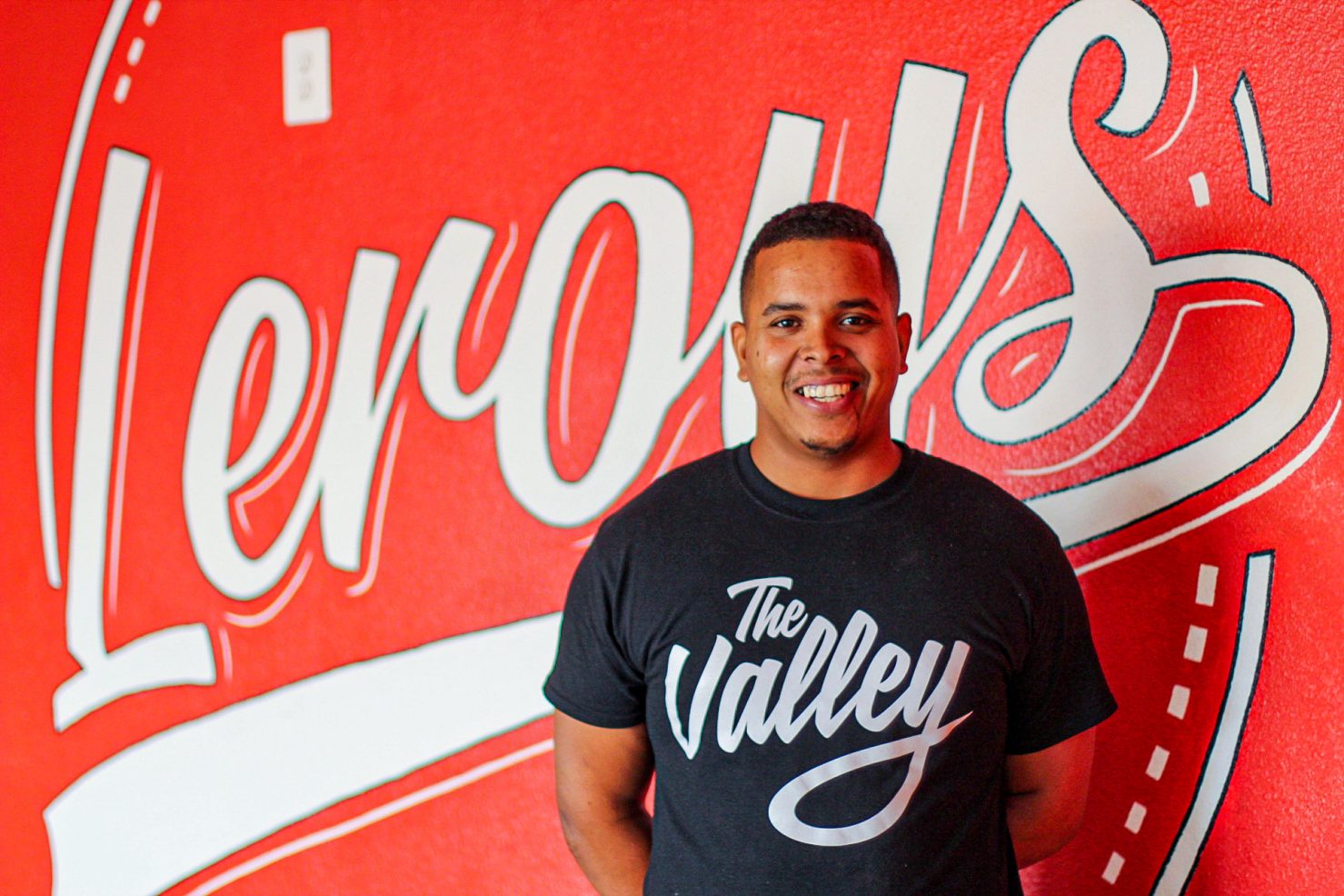 Jamaal Weatherspoon poses in front a huge logo at his business, Leroy’s Backyard BBQ, at 401 Broadway in El Centro. Leroy’s is named after his father. | MEGAN JONES PHOTO
Home
Business
In Business

EL CENTRO — With holiday gatherings planned and food a highlight of festivities this time of year, Leroy’s Backyard BBQ is just the right type of fare to cater events, with its rich taste of barbecue smoked over a grill.

And as Leroy’s settles into the groove of a growing eatery, proprietor Jamaal Weatherspoon wants to give back the way patrons gave back to him when the business was getting off the ground.

The pandemic took a toll on people’s finances, so Weatherspoon said he hopes to bring joy to some children by providing gifts for them on Friday, Dec. 17.

“My wife mentioned that the people who know children best are their teachers. We decided to make a special ticket to give out to kids in need this year. We are the only ones who know how the ticket looks, and those kids with that ticket will get an extra special gift this year,” he added.

What started off as a casual weekend routine for Weatherspoon, led to an opportunity to serve people on a wider scale in the Imperial Valley.

“If you were to have grown up with me, you would know that every weekend my dad would barbecue in the backyard. For that reason, I named (the business) after him,” Weatherspoon said.

The restaurant, with its relatively new outdoor eating area, has a layout made to resemble his father’s weekend cookout setup.

Prior to being a business owner, Weatherspoon was a behavioral therapist, and like many people, he was laid off due to the ongoing COVID-19 pandemic.

“I took a chance and signed a lease to the storefront. Within 30 minutes of doing so I received a call informing me I had been laid off,” Weatherspoon said. “This was a blessing in disguise. There was no going back.”

That’s when he and his wife began to cook and cater to help generate funds. With the loving support of local patrons, their fledgling business grew to the point that they needed to re-evaluate and expand the business.

Weatherspoon said he gets up early in the morning, around 3 a.m., to prepare for his day. He hits the gym, checks on the food that requires overnight cooking, then opens restaurant at 11 a.m.

After having received much love and support from the Imperial Valley, Weatherspoon wanted to do the same by giving back this holiday season which is why he and his wife decided to do the gift giveaway.

Leroy’s Backyard BBQ has a big Instagram presence and that is how the Weatherspoons hope to reach the teachers who will reach their neediest students. Weatherspoon asked that any teacher DM them on @leroysbackyardbbq

Weatherspoon said he’s committed to giving back to the community because “without them we would not be a business today.”

Next
GUEST COLUMN: Not So Merry & Bright