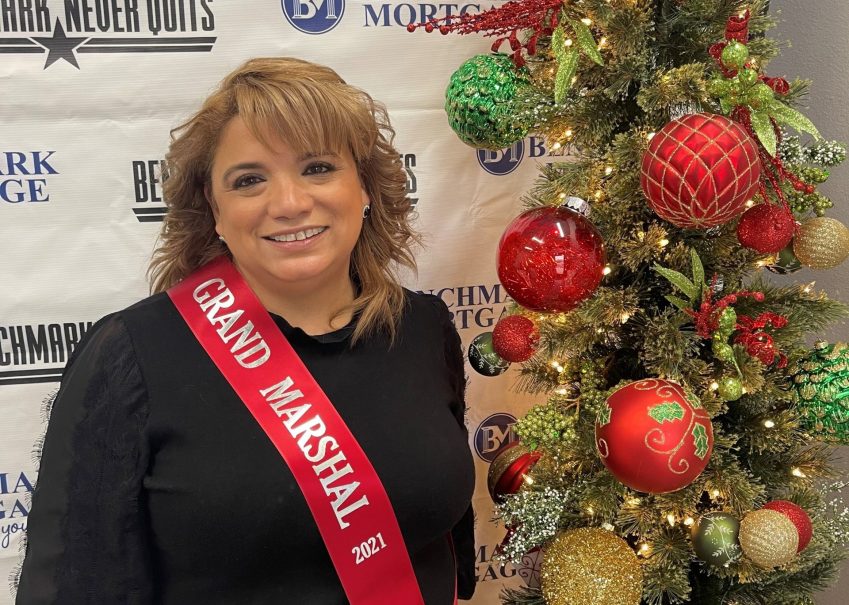 IMPERIAL — The city of Imperial has announced Valentina Estes as its grand marshal for the 18th annual Parade of Lights on Friday, Dec. 10.

The Imperial Parade of Lights will begin at 6 p.m. at Fourth Street and Imperial Ave., followed by Christmas in a Small Town on Saturday, Dec. 11 at 3 p.m.

Estes is a well-known business owner and philanthropist in Imperial, according to a city press release. Her business, Benchmark Mortgage, is renowned for helping hundreds of clients with their home lending needs. Over the years, Estes has been involved with organizations such as Cody’s Closet, which provides toys for children during the holidays, facilitated local food drives in collaboration with Imperial Valley Food Bank, raised funds for the Imperial County Humane Society, and continues to be an ambassador for the Imperial High School’s graduating classes.

“One of my favorite memories is when I processed a loan for the beautiful family of another loan officer on Dec. 23. They told me that they’d be taking the kids to their new home on Christmas day, and it would be fully furnished with a Christmas tree, full of presents,” Estes stated in a press release. “But the main gift was their new home. I keep that memory close to my heart, and that is one of the main reasons I decided to become a loan officer, to help families to become homeowners.”

Estes’ office located in downtown Imperial, amidst all the Imperial Market Days events. Through her giving spirit, she joins in on the festivities and welcomes her clients and public into her Benchmark office with seasonal cheer along with providing them seasonal items such as pumpkins, according to the city. This Christmas, Valentina is conducting a toy drive to collect 350 toys for Imperial Valley children ages 1 through 13.

A mother of two daughters, Estes said Sammy and Jocelyn are her life and joy. “Being a single mom has not been easy, but watching my daughters grow and witnessing their achievements makes me believe that I did something right,” she stated.

Sammy is working on her doctorate degree in physical therapy, and Jocelyn just started her freshman year at UCLA in hopes of becoming a lawyer.

Estes wants to thank the amazing community for believing in her and the support she receives every day and invites the community to join her in this weekend’s festivities, she stated in the city press release.

The Imperial Police Department is issuing a traffic advisory tied to Friday’s Parade of Lights. An advisory has been issued along Highway 86 starting Friday at 3 p.m. Traffic will not be able to turn west from Highway 86 due to the parade and set-up from Second Street to 12th Street. Traffic may turn west onto 15th Street, but will have to continue north onto Imperial Avenue. Those who need to access townsite will have to enter off of Austin and Worthington. Please expect delays to last in this area until about 10 p.m.

Next
GILGAR: Ghost of Christmas (Presents) Past