Letters to Santa Come through Calexico 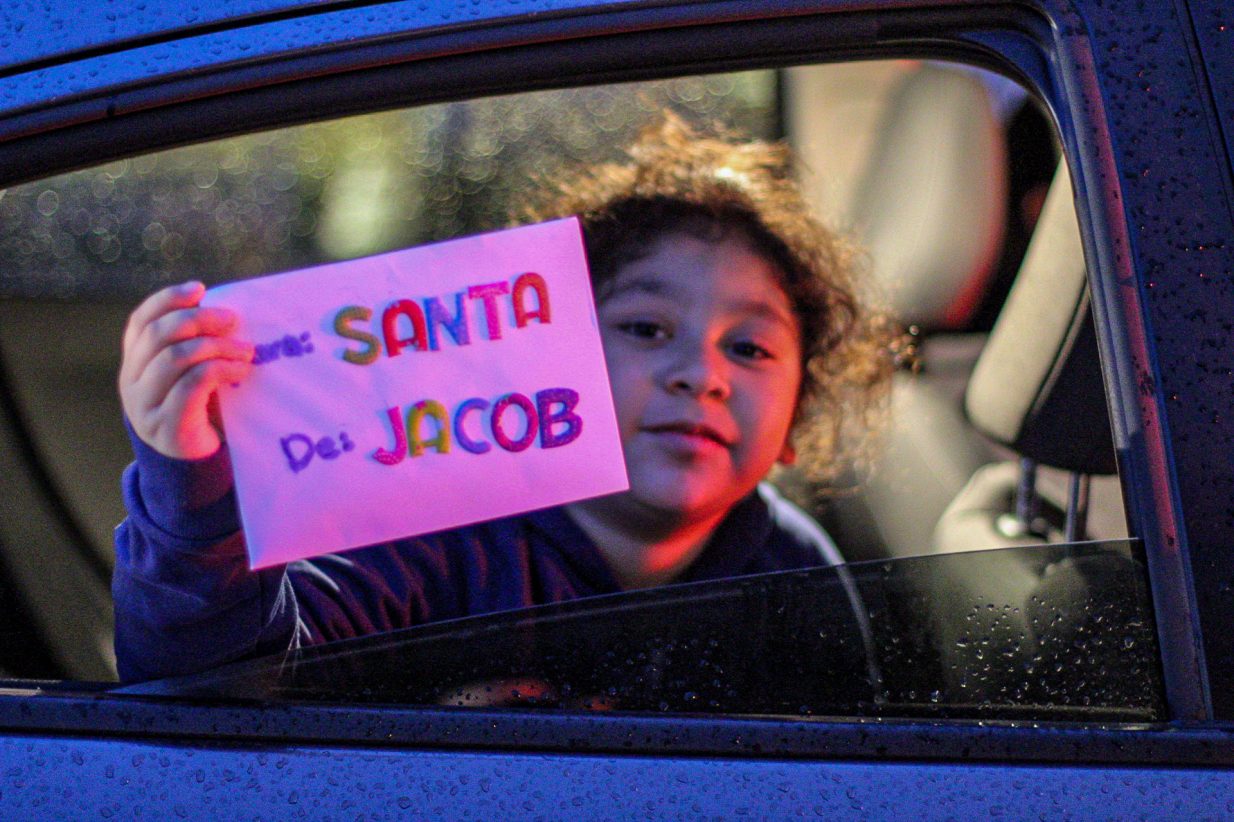 CALEXICO — Dool Avenue was abuzz with cars filled with families eager to deliver their letters to Santa Claus in the parking lot of the Jose B. Rodriquez Community Center Complex, which was transformed into a winter wonderland on Thursday, Dec. 9.

The elusive Southern California rain touched down just enough to add a glistening sparkle to the holiday decor at the community center grounds, where the likes of Frosty and Rudolph adorned a trail to Santa’s North Pole Express Drive-thru Event.

This was the second year the event was staged by the Calexico Recreation Department.

“It’s nice to see the community excited to participate with us,” Calexico Rec manager Norma Gerardo said. “Some people have been lined up since around 3 p.m.” for the event that was scheduled to start at 4:30.

Vehicles could be seen winding around toward the rear of nearby Dool Elementary School.

One participant was Calexico native Miriam Galvan, who said she and her family happily waited in their vehicle for over an hour to bring their letters to Santa.

“I have my kids involved here with the activities they have here at the Calexico Recreation Department, so I came to bring my kids and my nieces to the Christmas event, and we’re having a fun time,” she said.

The Calexico Recreation Department along with local sponsors, Las Palmas Swap Meet and Hunnybee Pastries, provided a bounty of more than 200 gifts to help Santa bring holiday cheer to the community, including 200 bags with puzzles, books, and crafts kits and 200 DIY cookie kits provided by Hunnybee Pastries. As a special treat, Las Palmas Swap Meet donated 70 toys for the first 70 children to arrive.

All gifts were distributed by 6 p.m.

As the cars rolled up to where the elves were helping Santa distribute the presents, young eyes glowed in the twinkling lights as they reached out of the car windows to hand their carefully written letters to a police officer securing Santa’s mailbox. The socially distanced event saw children singing along to their favorite Christmas songs as they watched and waved at Elsa from Disney’s “Frozen,” Jack Skellington and the Grinch.

This holiday drive-thru event has successfully grown into its sophomore year and has quickly become a favorite of Calexico residents. Alejandra, a local participant, said they have been to the event both times and were impressed by the growth.

“Everything looks so beautiful. The kids are so excited to see how beautifully they decorated,” Alejandra said, as the children with her peaked out the back window and cheered, “Merry Christmas,” as they rolled into the community center parking lot entrance where spritely elves welcome the spectators into the magical winterscape.

“We want to bring joy to the community,” Rec manager Gerardo said. “We want to share the Christmas spirit with the entire Calexico community. We love to see the kids come out and enjoy the festivities. Regardless of the gifts, the community gathering to celebrate together is what is important.”