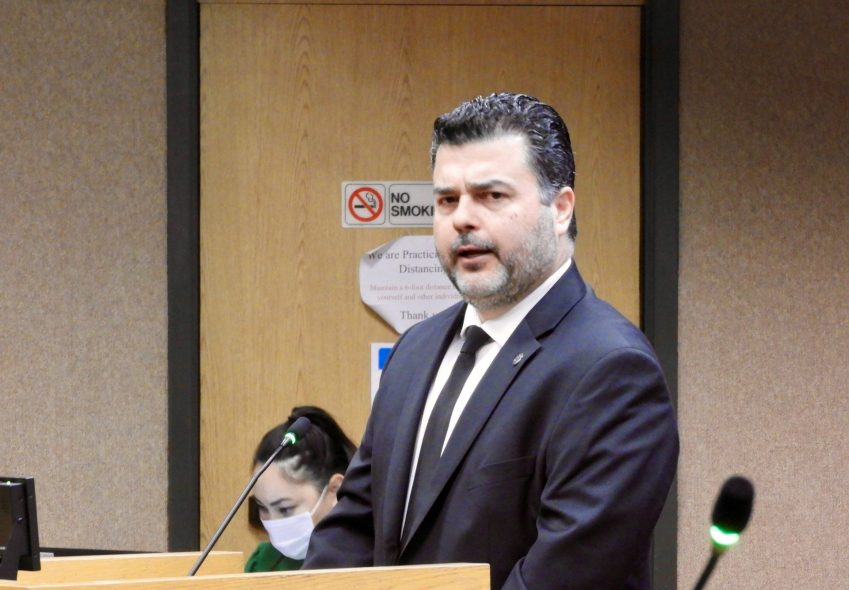 “Mr. Salorio has done an outstanding job during his tenure with the county. The board is unanimously supportive of Mr. Salorio, and we are confident in his ability to lead the county during this transitional period. Under his leadership, the Public Defender’s office has pursued the highest quality of representation to ensure a fair and impartial system of justice for all,” Chair of the Board of Supervisors Michael Kelley stated in press release on Wednesday, Dec. 15.

Salorio will serve as interim CEO effective immediately, though Kelley clarified in a phone interview conducted on the afternoon of Dec. 15 that Salorio’s appointment would only be a temporary one.

“Mr. Salorio will be serving as interim CEO but will not be the permeant CEO. As we go through that recruitment period, we need somebody to be acting CEO, and he has a very cool, calm temperament. We thought he would fit the job real good (sic). He has no intention for applying for the job so nobody can say that he was handpicked,” Kelley told the Calexico Chronicle. “He just volunteered to help the county out in the interim, so he’s just interim CEO and when we go through the hiring and recruiting process, and we find a new CEO, he will step back to his position as chief public defender. So he’s really doing it to help the county out.”

Kelley explained that they will be looking for candidates throughout California, with the recruitment process to last at least the next three weeks but could be longer if the right candidate is not immediately found. Assistant Public Defender Jason Gundel will cover as interim chief public defender while Salorio assists the county during that time.

Salorio is a fourth-generation Imperial Valley native, who remained in the Valley through his undergraduate work, graduating from Central Union High School, Imperial Valley College, and San Diego State University-Imperial Valley campus, respectively. He then went on to graduate with a Juris Doctor in 2002 from the University of California, Hastings College of Law in San Francisco.

Art Walk on the Border is Back

Salorio began his Imperial County career in 2004 and was awarded “Trial Attorney of the Year” by the Imperial County Bar Association in 2009 in recognition of his extensive trial experience with the Public Defender’s Office. He was appointed as the chief public defender for Imperial County in 2016.

“I am honored and grateful to accept the position of interim CEO of Imperial County. I am thankful to our Board of Supervisors for the opportunity to lead the county during this interim period. I look forward to working with the Board on the important issues, opportunities, and challenges that lay before us in the coming weeks and month,” said Salorio in a press statement released on Dec. 15.