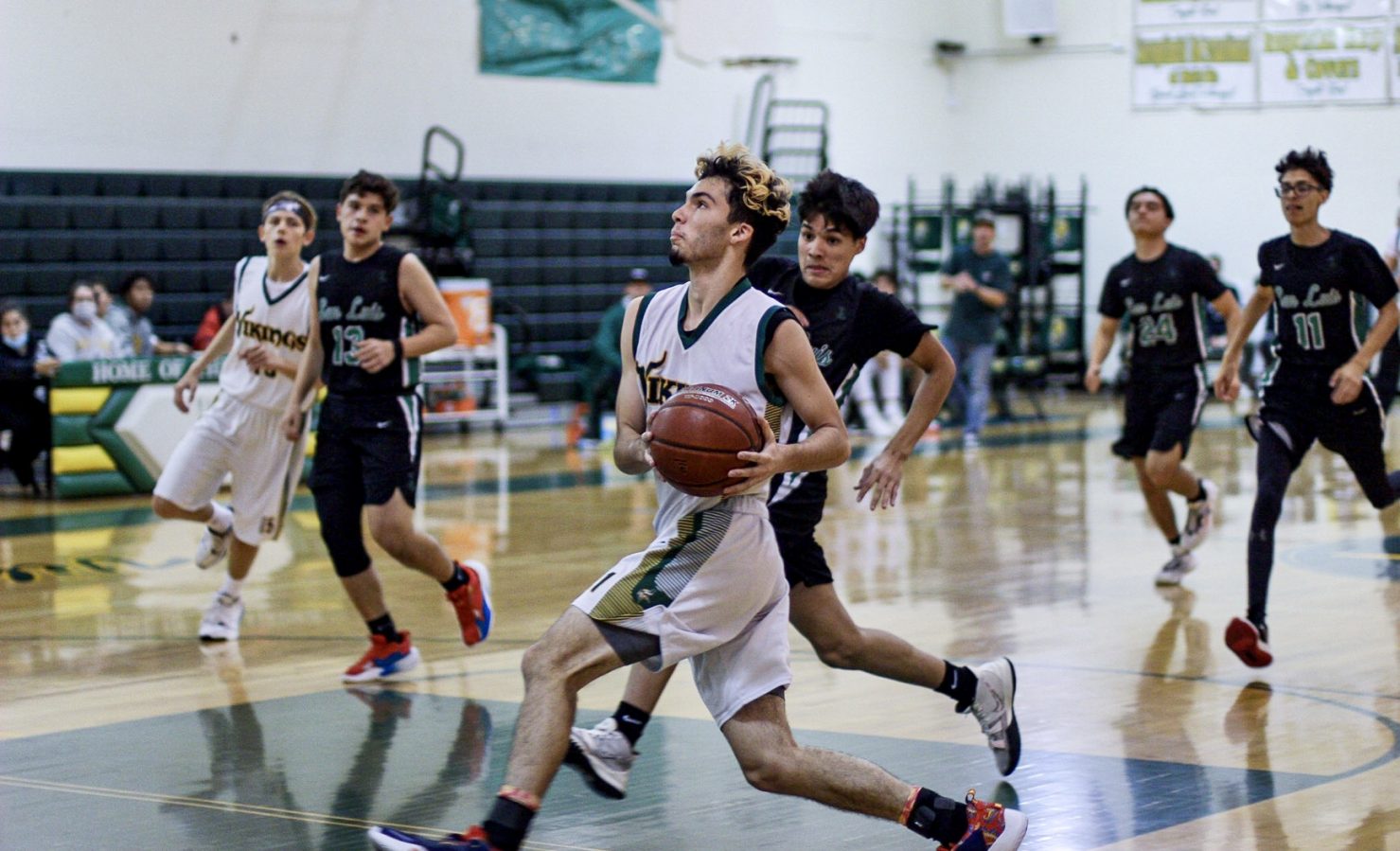 The Vikings (2-2 overall) opened their busy stretch on Tuesday, Dec. 7, with a trip to Blythe to face the Yellowjackets. Palo Verde jump on top early and cruised to a 71-38 victory over the Vikings in a turnover-plagued contest for Holtville.

The Vikings returned home to take on Vincent Memorial on Wednesday, Dec. 8, losing to the Scots 56-42. Holtville played well in the first half, trailing just 31-28 at halftime, but couldn’t maintain the effort in the second half, falling behind 47-38 after three quarters before getting outscored 9-6 in the final period.

Perez paced the Vikings with 16 points, followed by senior Roger Rolfe with 12 points and sophomore Brady Walker with seven.

On Thursday, Dec. 9, Perez torched San Luis for 30 points as the Vikings beat the Sidewinders, 61-35. Perez had 24 points in the first half as Holtville build its lead to 43-12.

Sophomore John Chambers had nine points for the Vikings while Rolfe chipped in with eight.

Holtville won’t return to the hardwood again until 7 p.m. on Jan. 4, with a trip to Imperial in a nonleague contest.