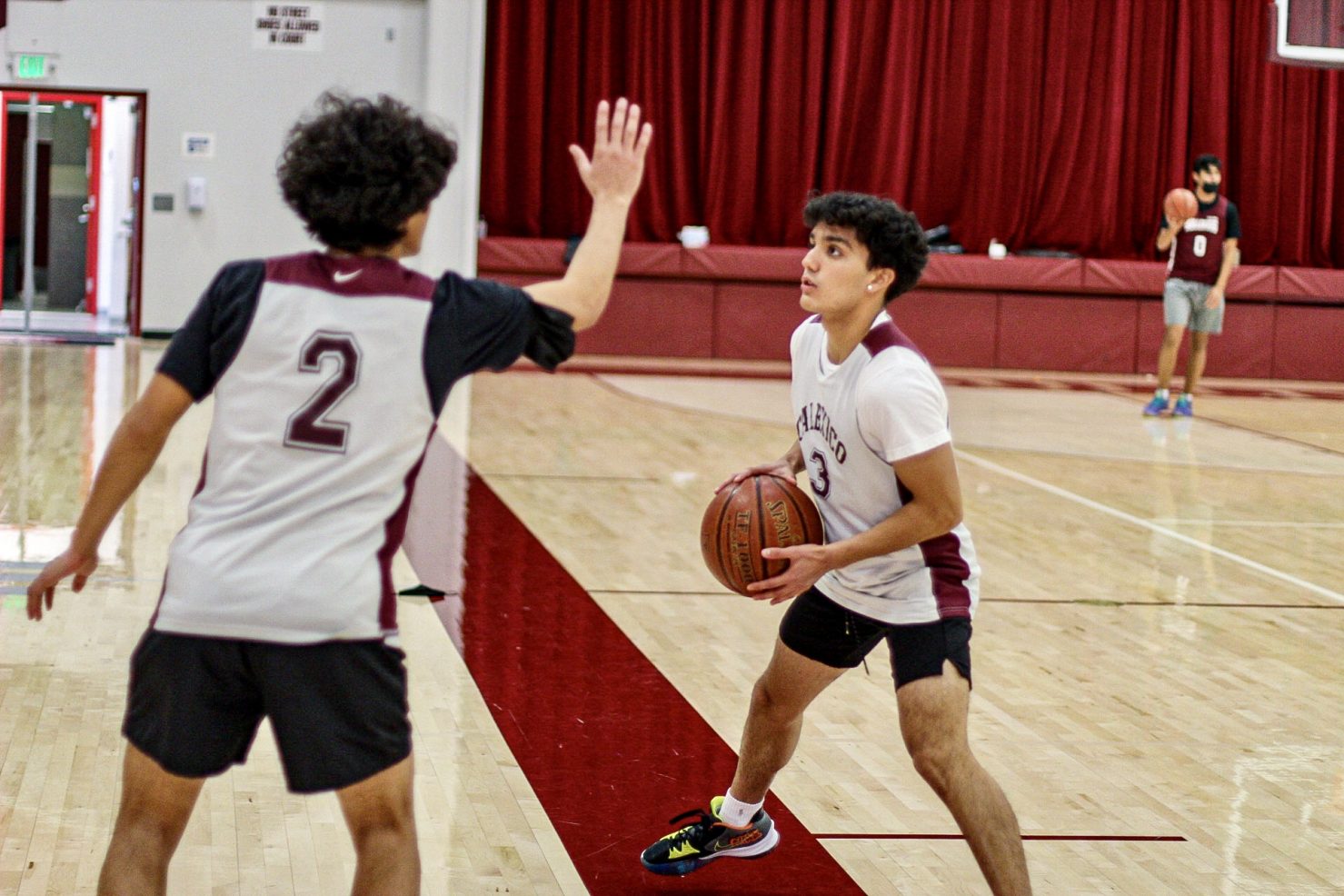 CALEXICO — The last name Tabarez and “wrestling” are almost synonymous in this border city. Many a Tabarez has gone through the Calexico High School wrestling program, some with great success.

But several years ago, two young Tabarez brothers who were competing in youth wrestling events, discovered the sport of basketball and haven’t gone back to the mat.

“Really it was my older brother who started playing and we just kind of followed him and fell in love with it,” said Aaron Tabarez, a Calexico High School senior and the leading scorer for the Bulldogs this season. “I like it because it’s a team sport and you become a family out there all working together.”

Andres Tabarez, a junior who averages close to 13 points a game for the Bulldogs, said he remembers following his brothers to the basketball court when he was in the second grade.

“I remember just really liking being on the basketball court,” said the 16-year-old Andres Tabarez.

Calexico High’s fourth-year head coach Hugo Estrada said the two brothers are a pleasure to have on the court and realized how big a factor the two can be when he was without them for 10 days earlier this month due to them being in Covid-quarantine.

“Their speed and tenacity is not something you see everywhere on the basketball court,” Estrada said. “The intensity they play with at both ends of the floor is really what makes them stand out. They are tough kids.”

It’s that toughness that has them attacking the basket against opposition that is regularly eight to nine inches taller than the 5-foot-7 Tabarez brothers.

“Being our height we have to play with that ‘dog mentality’,” said the 17-year-old Aaron Tabarez. “I’m sure we get that from the wrestling background. We aren’t going to back down or fear anyone.”

While Aaron is the Bulldogs’ leading scorer at 19 points per game, Andres said his game is more of an attack style while looking to get his teammates involved.

“I try to use my ability to attack the paint and either get my shot or kick it to somebody for an open shot,” Andres Tabarez said. “Our strong points are knowing each other and knowing where we are going to be.”

Estrada said either of them has the ability to handle the point-guard responsibilities but it’s the younger brother who has a refuse-to-lose mentality.

“He (Andres) is probably the most competitive guy on the team,” Estrada said. “He never gets tired and he plays with a lot of heart out there.”

Estrada said the senior brother has developed into the team’s leader during his four years on varsity.

“He has always been the type to lead by example but this year he is becoming more vocal with his leadership,” Estrada said. “All coaches want that kid who is the coach on the floor and Aaron is becoming it and realizing he needs to do it if he wants to play at the next level.”

Winning the CIF-San Diego Section Division IV championship in 2020 was the highlight of both brothers’ basketball careers to this point, but both think they can make a run this season toward a Division II title after getting moved up each of the last two seasons.

“We believe we can go all the way and win it all again. We are getting better every day,” Andres Tabarez said. “As long as we can stay healthy and hope this Covid stuff doesn’t get in the way, I think we can win it again.”

The Bulldogs will be back at Varner Gym in Calexico for a 4 p.m. tipoff against High Tech High San Diego on Wednesday, Dec. 29.

Next
WHATMATTERS: Cal State and Faculty Union Make a Deal