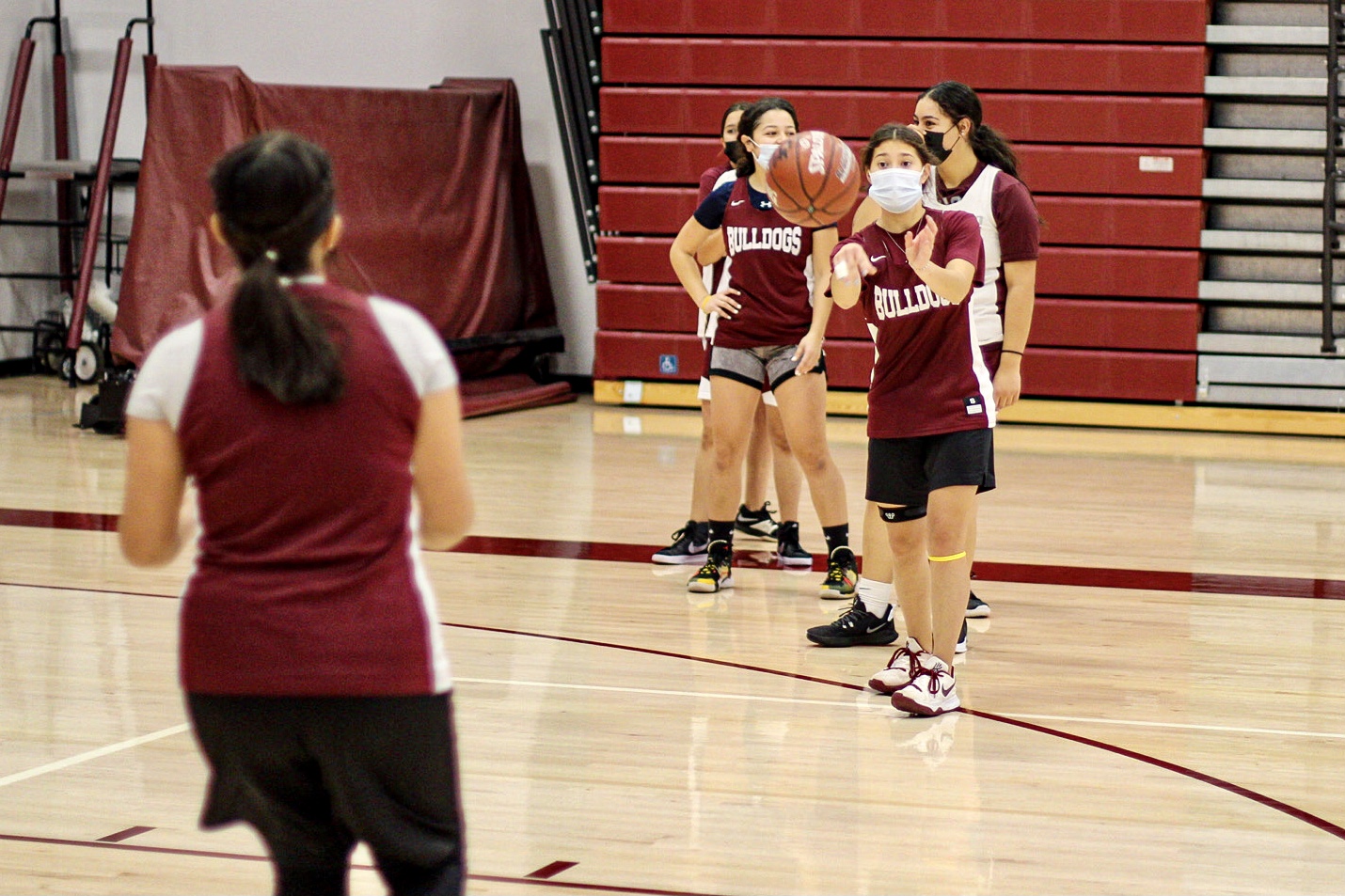 It was so non-eventful that the 17-year-old Cuadras didn’t even remember which basket was the one to put her into quadruple digits. Her coach, Amanda Briseno, remembered which bucket put her into the rarified air.

“It was just a fast-break layup that she simply put off the glass and in,” said Briseno, now in her third season with the Bulldogs. “I’m not surprised she didn’t remember. She’s so humble and just goes out and does her job. She’s not the type to go and celebrate it.”

The Bulldogs went on to beat Southwest, 44-39, with Cuadras finishing with 23 points. That is a little better than her 18.3 points per game average this season, which is the highest of her high school career.

She averaged 10.3 points as a freshman, followed by 17.1 as a sophomore and 14.5 in her COVID-shortened junior season. Cuadras led the Bulldogs to Imperial Valley League titles in her freshman and sophomore seasons.

Of all the accolades she’s received and all the points she’s scored, Cuadras said she most enjoys just being around her teammates.

“The van and bus rides are what I’m always going to remember most,” Cuadras said. “We get in the van and even though you might have different cliques you hang around with, we all just talk and have fun.”

Cuadras got her start in basketball at an early age, going to the city of Calexico youth basketball clinics with her aunt Jamie Chew.

“I think I was about 4 years old and my aunt started taking me to the clinics,” Cuadras said. “I hated waking up so early for those 9 a.m. clinics but I grew to love the sport.”

Chew’s youth travel team, Calexico Heat, was also a regular spot for Cuadras once she hit the fourth grade.

“Since I was in about second grade everything has been about basketball for me, then in fourth grade I joined Calexico Heat and it really took off from there,” Cuadras said. “I started watching videos of Kobe (Bryant) and Lebron (James) and wanted to be like Kobe.”

Briseno’s first look at Cuadras was during a Calexico High School alumni game when Cuadras participated as an eighth-grader.

“We needed some extra players and she went out there with the alumni and had absolutely no hesitation or fear,” Briseno said. “The first thing I noticed was her handles and knew she was going to be something special.”

Briseno and Cuadras have teamed together the last three seasons for the Bulldogs and the coach said she is grateful to have such an experienced player on her side.

“She has such a high basketball I.Q. It comes natural to her since she started at such an early age,” Briseno said. “She is that one player that says ‘yes, coach’ to anything you ask her to do.”

Cuadras said she owes all the thanks to her coaches that helped her growing up, including her aunts and parents, coaches and teammates through the years.

“My parents have always been telling me to dream big and I can do it,” Cuadras said. “There’s so many people that have helped me from my family, coaches and teammates that without them I wouldn’t even come close to 1,000 points.”

Calexico is away in San Diego-area tournaments the next few weeks but the next opportunity to see Cuadras and the Bulldogs at Varner Gym in Calexico is at 7 p.m. on Jan. 10 when they open Imperial Valley League action hosting Brawley Union High.