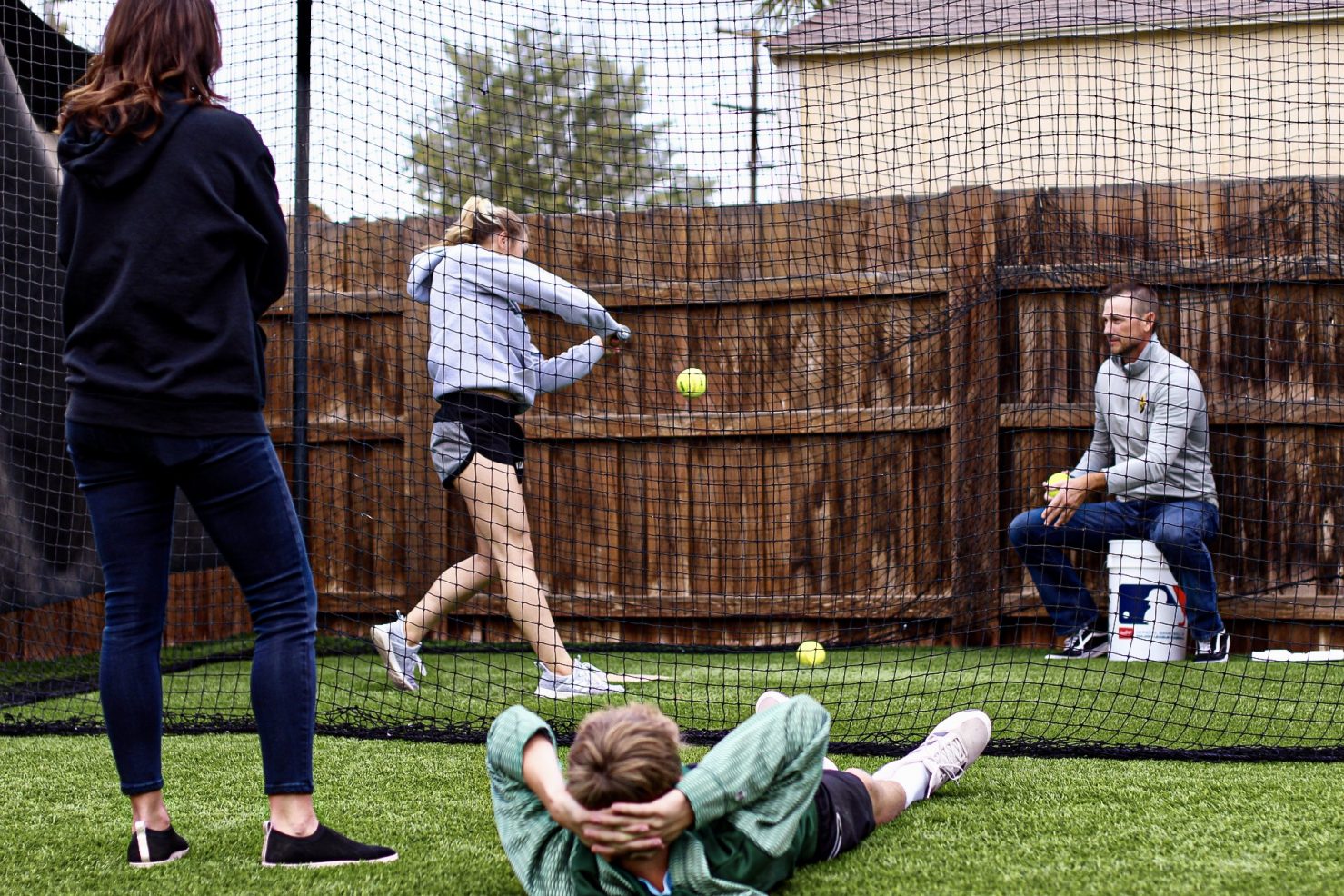 HOLTVILLE — When Kevin and Aimee Walker met on a baseball field, the writing was on the wall that sports was going to be a big part of the couple’s life.

Kevin was pitching for the San Diego Padres and Aimee was a ball girl for the Padres while playing softball at Point Loma Nazarene University. The two met in 2001, were married in 2003 and sports have been a focal point for them and their children, 17-year-old Kamryn and 16-year-old Brady, ever since.

“I wouldn’t even know how to raise the kids without sports being a part of it,” said Kevin Walker, now the bullpen coach for the Boston Red Sox. “Sports have always been a part of our lives and that’s just the way they’ve grown up.”

Both Aimee and Kevin were introduced to sports at an early age. While Aimee was a three-sport star at Holtville High, earning 12 letters in volleyball, basketball and softball, Kevin was focused on baseball along with his father and brother.

“My dad was the coach, so me and my brother basically grew up at the ballfield,” Kevin Walker said. “Ever since I can remember I was always at the field and baseball was what I wanted to do.”

Aimee wanted to follow the direction of her older brother and sister and wanted to try every sport that was available to her as a child.

“My parents got us involved in everything and wanted to give us the opportunity to try all the sports we wanted,” said Aimee Walker, who walked on to the softball team at PLNU and earned a scholarship her final three seasons there. “Growing up, all my teammates were my best friends so it was just natural to play whatever sport was available.”

The sports bug has certainly rubbed off on the Walker’s children as both Kamryn and Brady will be three-sport athletes this season for the Vikings. Kamryn shines in volleyball, basketball and softball, while Brady plays football, basketball and will be trying golf for the first time in the spring.

“Ever since I can remember we’d be on a baseball field somewhere and we always had a ball or we’d be playing something,” said Kamryn Walker, a junior at Holtville High. “Depending where we were at, we’d pick up new sports. I remember trying tennis and lacrosse and just trying whatever was available.”

Kamryn said being around minor league baseball players as her father coached and seeing their work ethic instilled a sense of dedication to athletics in her.

“You see what they are working for and how it takes so much hard work, dedication and commitment and it rubs off and to me it’s just what I have to do to be successful,” Kamryn said. “Honestly, if it wasn’t for sports, I don’t know what I’d do.”

Brady Walker, a sophomore at Holtville High, said following his dad around in his younger days showed him the work athletes are expected to go through to make it to the professional level.

“I loved the traveling and getting to see everything. I saw how hard all the players worked and that’s how hard I had to work if I wanted to be good,” Brady Walker said.

Aimee Walker sees the difference in her two children when it comes to competitiveness.

“Kamryn would say she wanted to play pro baseball and she was young so it was innocence but also determination,” Aimee Walker said. “It made her look at their work ethic and passion for the sport and I think that’s where she gets her competitiveness.

“Brady has always been into sports but he has loved to play everything for fun. The two always push each other and challenge each other but at the end of the day they really do support each other as well.”

The Walkers will be celebrating their 19th wedding anniversary in January, likely at a basketball game for either Kamryn or Brady, or both. But they wouldn’t have it any other way.

“We’ve had to miss trips or re-book a vacation because of sports so we are used to it by now,” Aimee Walker said.