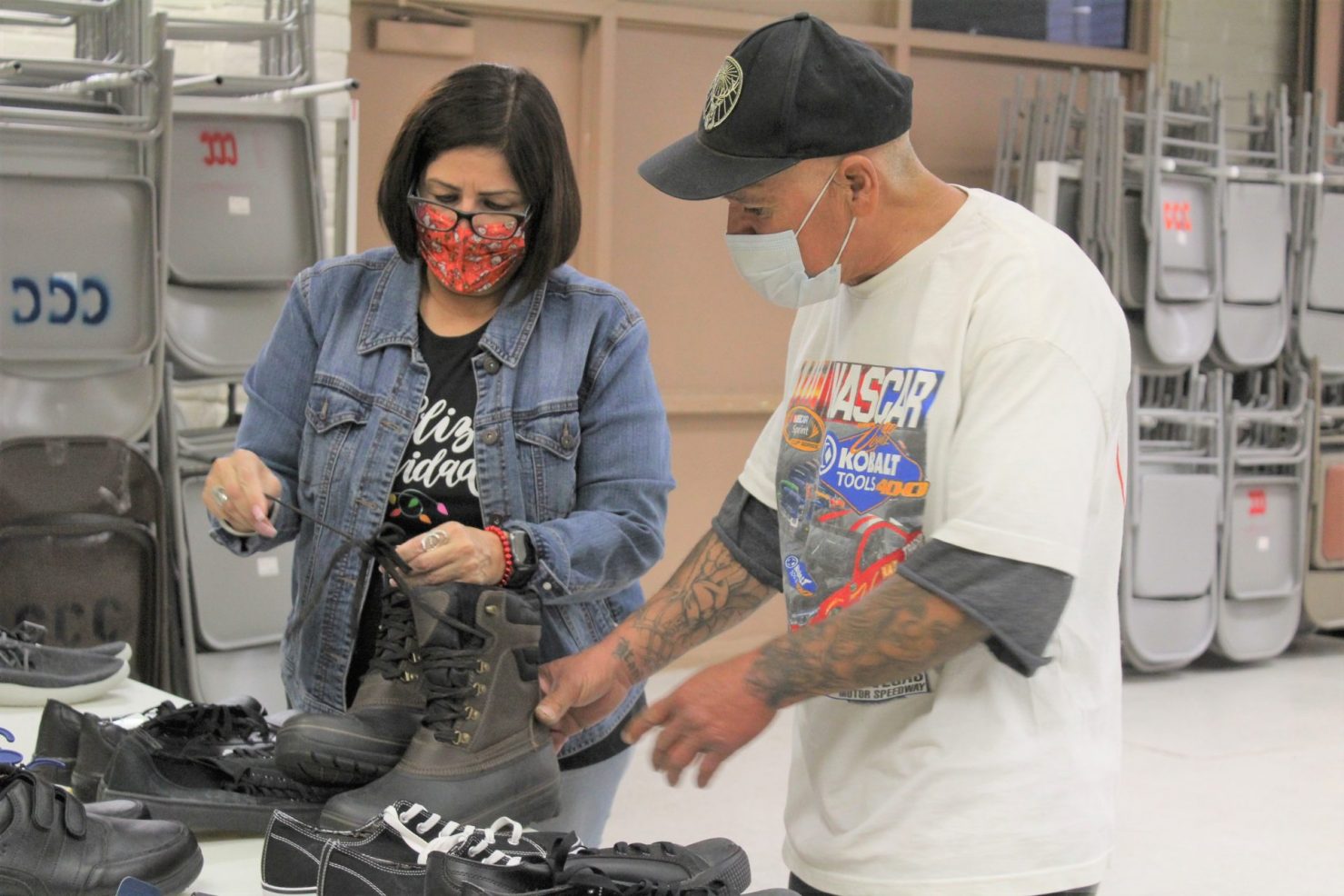 CALEXICO — Holiday celebrations are meant for all people, and for seven years running the Brown Bag Coalition has lived that ideal, providing a Christmas posada for this community’s unhoused.

On Thursday, Dec. 23, at the Calexico Community Center, Brown Bag and volunteers came together to help give those living under stressful conditions on the streets a chance to clean up, get some gifts and a meal and even rest.

Brown Bag Coalition started hosting the posadas in 2015, during one of the coldest winters in the Imperial Valley. Co-founder Maribel Padilla knew she had to do something to help the men she took care of and decided to bring them indoors for a dinner. That first year it was just for the unhoused, but in subsequent years it was open to children of low-income families.

This year and last year due to ongoing COVID conditions, organizers only hosted the unhoused, but no matter the scale, the message was clear.

“I want them to know someone cares,” Padilla said. “Knowing that they get something they normally wouldn’t get, showing them that somebody cares.”

On Thursday morning, the men were given a chance to have get a haircut, shower, and grab breakfast. Forty-three individuals registered to take advantage of the opportunity given them. Showers were provided by the new Brown Bag mobile showers that were publicly revealed in November. Haircuts were given by Bulldog Barber Shop. And then men were provided a fresh change of clothes.

Inside the community center, tables had been set up where they could eat and relax. There was even a table with shoes they could choose from if they needed them. They also got a chance to have a movie night and watch the film, “Red Notice,” with Spanish subtitles, a popcorn machine and candy.

Padilla said the movie night gives them a chance to have a “normal” day.

In the corner of the center some 10 cots provided by the American Red Cross were ready with comforters, blankets, and pillows if anyone needed a nap in a safe and secure environment. Many of the men did take advantage of the cots, one individual choosing to sleep all day after his shower, according to Padilla, sleeping through the movie.

All were given gifts of a bag toiletries, new jackets, and new blankets. There were even raffle prizes and games of Loteria played.

By that evening a tamale dinner was served and gifts were distributed, and champurado was donated by attorney and Calexico Rotary president George Marquez.

Mario Briceno said he has been on the streets for years. He was appreciative for the chance to shower with warm water on Thursday morning after going weeks without one.

“I appreciate what they are doing,” Briceno said. “I’m grateful for this and I’m thankful.”

“It’s nice that someone, somewhere, cares,” said Robert Trujillo, as hunched over his plate of tamales, beans, and rice.

A man who identified himself only as “Alvarez” said being at the dinner made him feel like he did when he was younger.

“It’s just been a blessing, they’re giving it all their heart and everything they have to put this together,” Alvarez said. “They are always helping me out and being there like tonight.”

Padilla said that attendance this year was low due to multiple deaths in the unhoused community this year. She was told by one man who knew everyone’s name that there had been 21 deaths this year from a combination of heat exhaustion, violence, or COVID infections. That number could not be confirmed by publication.

All the work Padilla puts into the posada is worth it, she said, partly because she knows there is no one else out there who will help take care of the unhoused in such a way.

One man, who goes by Ramon, has been there since the beginning, Padilla said, and is one of the oldest gentlemen she feeds. He told Padilla, who picked him up herself, that she the only one who cares about them, that she and Brown Bag is the only family he has.

“He says, ‘I have no family, you’re the only who cares, who comes around and gives me stuff and makes sure I eat,’” said Padilla, a bit choked up as she spoke. “That’s the thanks I get from the people.”

Any food that was not eaten on Dec. 23 was to be given to those who did not attend the posada as well as to the many unhoused in El Centro. Padilla, whose hometown is Calexico but she lives in El Centro, was to take those meals out on Christmas Day, Dec. 25.

Next
California’s Racial Inequality: What Can State Do with $31 Billion?